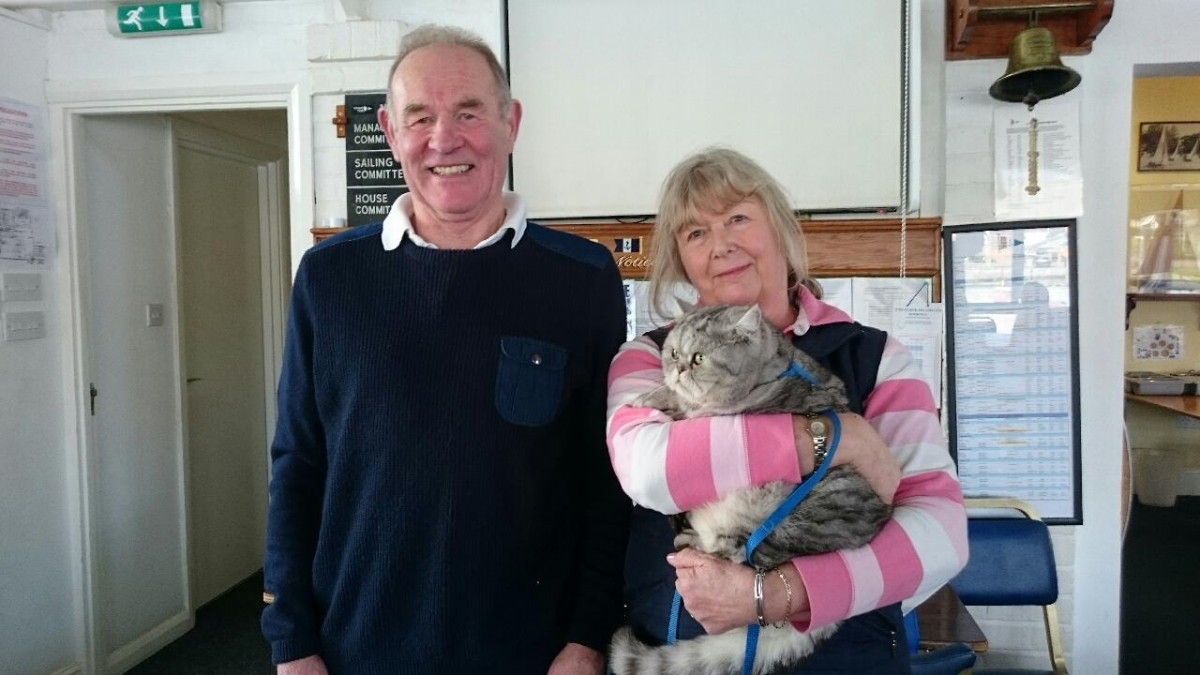 Uffa’s Spoon, the highly prized trophy presented by the late Uffa Fox for the biggest gaffe by a Tamesis member during the past year was presented in his absence to Merlin sailor Ken Duffell at the Vice Commodore’s Dinner on Saturday 18 February.  It was accepted on his behalf by his crew, Merlin Class Captain Joe Woods, who said Ken was in Hollywood for the Academy Awards.

Their epic capsize during Salcombe Merlin Week into the stanchions of a very large expensive yacht in prime view of the Ferry Inn provided a half hours entertainment to an ever growing crowd of spectators.  Back home on the Thames the Jim Hamilton rescue was most unfortunate as Ken wasn’t even on boat duty that day.  It suddenly dawned on him what had happened as Jim’s submerged mast rose from the water with a huge tear in the sail flapping uselessly in the wind.

The Seacock Trophy, given for the biggest cock-up by a member of the Tamesis Offshore Group, was presented to Oscar, the ship’s cat on Tony and Leonie Steer’s yacht Shen Shui.  Leonie, who accepted the Trophy on Oscar’s behalf, said Oscar hated getting wet and always looked very angry when he did.

The dinner was organised by Vice Commodore Alan Green who welcomed the 70 members and guests with some hair-raising stories of his own.

Diners at the black-tie event enjoyed a superb menu produced by chef Anna  and her team with the support and assistance of the House Committee led by Rear Commodore Nicky Johnson.”

Oscar on the boom of Shen Shui