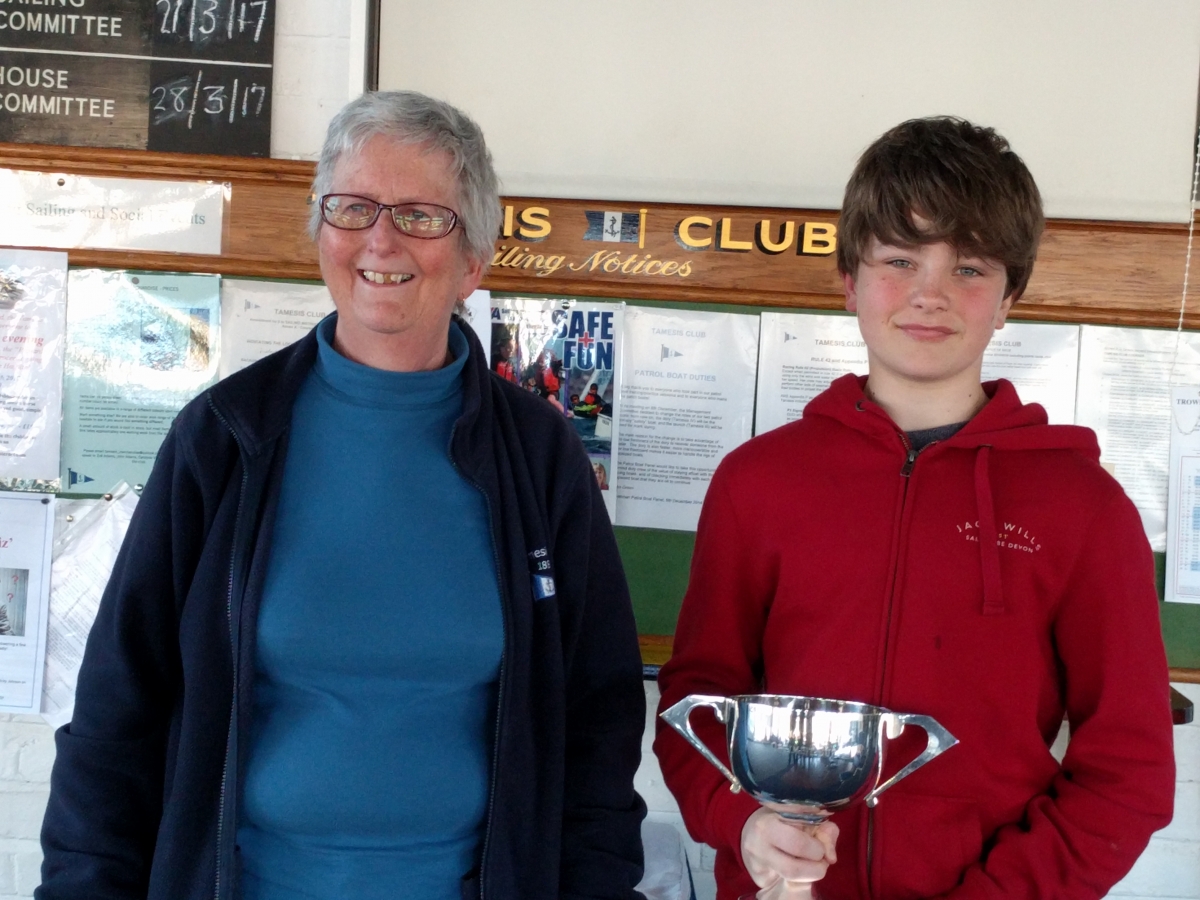 The second South East Area Topper Open held at Tamesis and sponsored by Virtual Rigger was held in  brilliant sunshine and a gusty easterly.  The conditions brought thirteen Topper entries, seven visitors and six Tamesis boats. The racing was close, and the standard very high.

The first two races took place before lunch. The figure of eight course set to allow a short upwind leg across the river was challenging for visitors and locals alike.  The starts equally challenging as each race had a general recall.

Curtis Mackay from Hillingdon spent most of the first race in second with Tamesis sailor Constantin Gerber leading for the first three rounds.  Finley Swanton from Felpham climbed up the fleet from fourth to finish 2nd.  Constantin was third.

Finley won the second race with Curtis in third, with Lily Barret from Island Barn Sailing Club in second.

The third race after lunch was on a longer course taking the sailors above Steven’s Ait towards Kingston Bridge.  The wind had steadied slightly swinging further to the north.  Again it was hard fought but Curtis showed his quality and won by a four minute margin, with Lily Barret second, and Finley third.

Congratulations to the other Tamesis Topper sailors, for most of whom this was their first open meeting:  Harry Harris, Philip Russ, David Altun, Jay Dosh, Mathew Valentine

Link to video of the day by Kathrin Gerber – many thanks     https://youtu.be/eZWFJLANTtw