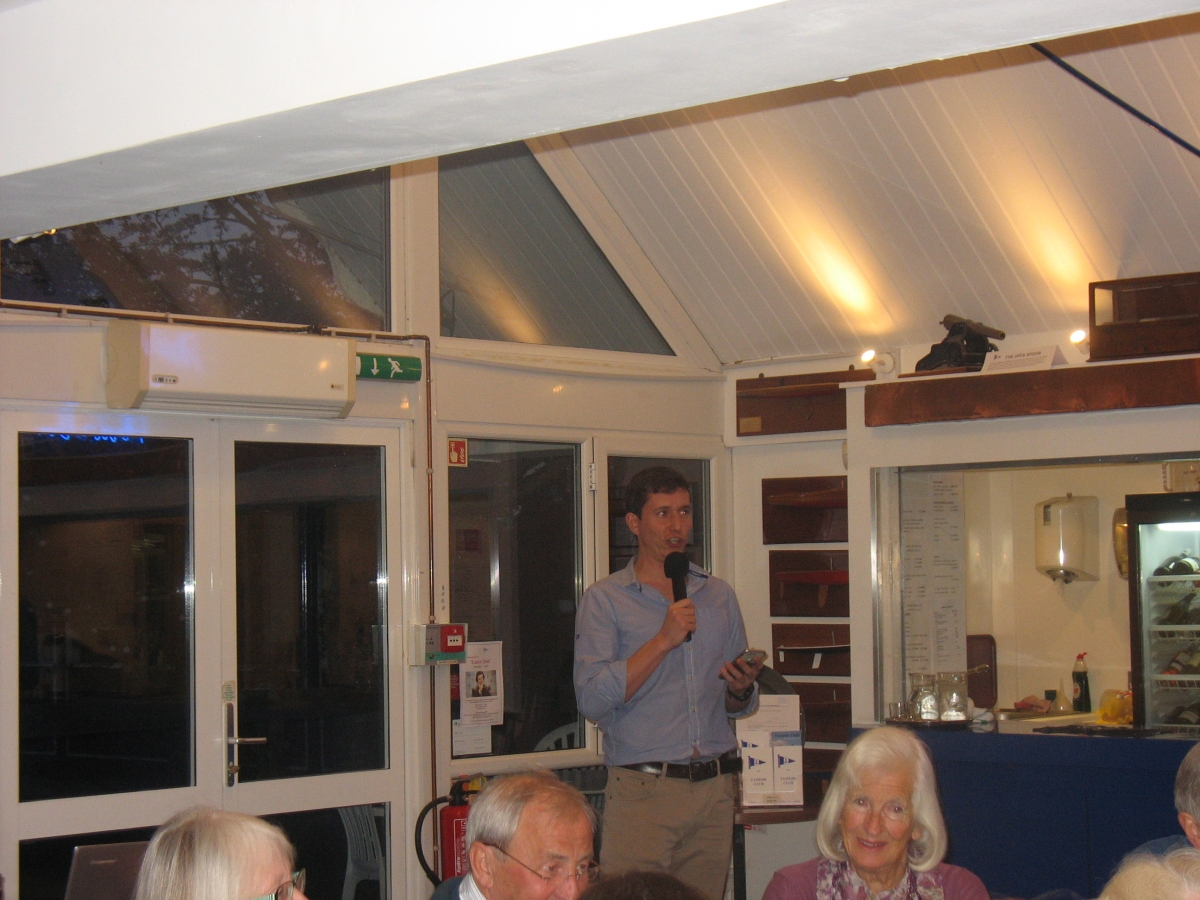 Sixty six Tamesis members and guests spent an equally challenging and frustrating evening at the annual Laser Quiz on Saturday 1 April.  Split into seven teams sitting at seven tables they verged between success and failure as Quiz Master Kaan Yargici bombarded them with a mix of easy and difficult questions.

The subjects ranged from politics to poems, Shakespeare to sailing, castles to constitutions and birds and birdsong.  Probably the most difficult was the most local.  A slightly angled shape on a picture was interpreted by some as a jellied eel.  It turned out to be the adjacent Trowlock Island.

A cuckoo was easily identified as a bird whose song matched its name but many competitors felt like April Fools’ Day cuckoos when they failed to identify Brexit as the triggering of Article 50 of the Lisbon Treaty.  They knew Theresa May is the Prime Minister but could not remember the name of the first lady Member of Parliament.

After a break for a sausage and mash supper arranged by Rear Commodore (House) Nicky Johnson and cooked by the catering staff, the final tally showed team Simpson-Stokes were the winners. They were each given a bottle of wine. The task of thinking up the questions for next year went to the third team on the score card.  They did not want to disclose their names!

At the end of the evening, Laser Class Captain Donald Forbes thanked Kaan and Adrian and Sally Warwick-Haller for arranging the questions, and Nicky Johnson and Anna, Chloe and Josephine in the kitchen for preparing, cooking and serving the food.

The raffle was won by Stewart Colley, who took the top prize of an Easter hamper, and Ian Ramage, who won an Easter egg.