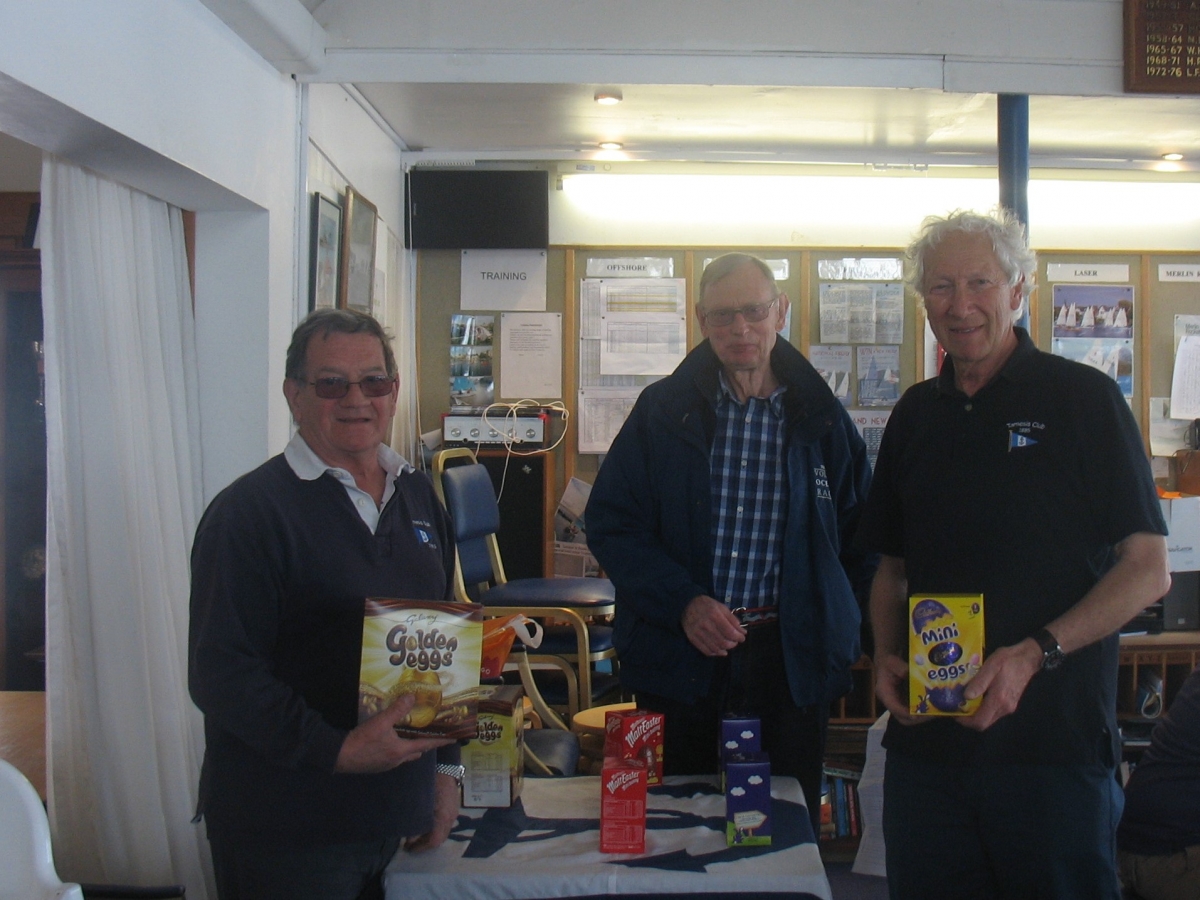 Further photos by Chris Wade on the following link:     https://drive.google.com/drive/folders/0B9X8mVqpz_X9NHBLUnFGemFoUjA?usp=sharing

The Easter Sunday all class pursuit race was won by David Baker and Jim Green in Cobblers, Albacore 6183, in a 14 boat fleet on 16 April. They beat Matthew Peregrine-Jones, sailing Inxsive, Laser 122399, by only a few seconds after he had led for the first three rounds of the one and a half hour race in a moderate to fresh NW wind.
Race officer Alan Green, Tamesis Vice Commodore, sent the fleet off on a lengthy course down river to Lensbury, then upstream to the Canbury buoy just short of Steven’s Eyot. The course was set by Henry Defries and Chris Starr, who manned the patrol boats.

Cobblers had been fifth at the end of the first round but closed the gap to second on both the second and third rounds.

They all received prizes of chocolate Easter eggs.

The race was followed in the afternoon by the traditional duck race in which buckets full of numbered yellow plastic ducks were tossed overboard from the club launch and won by those who backed the leading duck after 10 minutes. Alan Green was assisted by many of the club’s younger members both in the club launch and in paddled boats on the water, who were rewarded with chocolates.  The winners of the duck race Easter eggs  were Bonnie Green and Rupert Fletcher.  Nim Harris and Anna Dalton helped to set up the ducks.