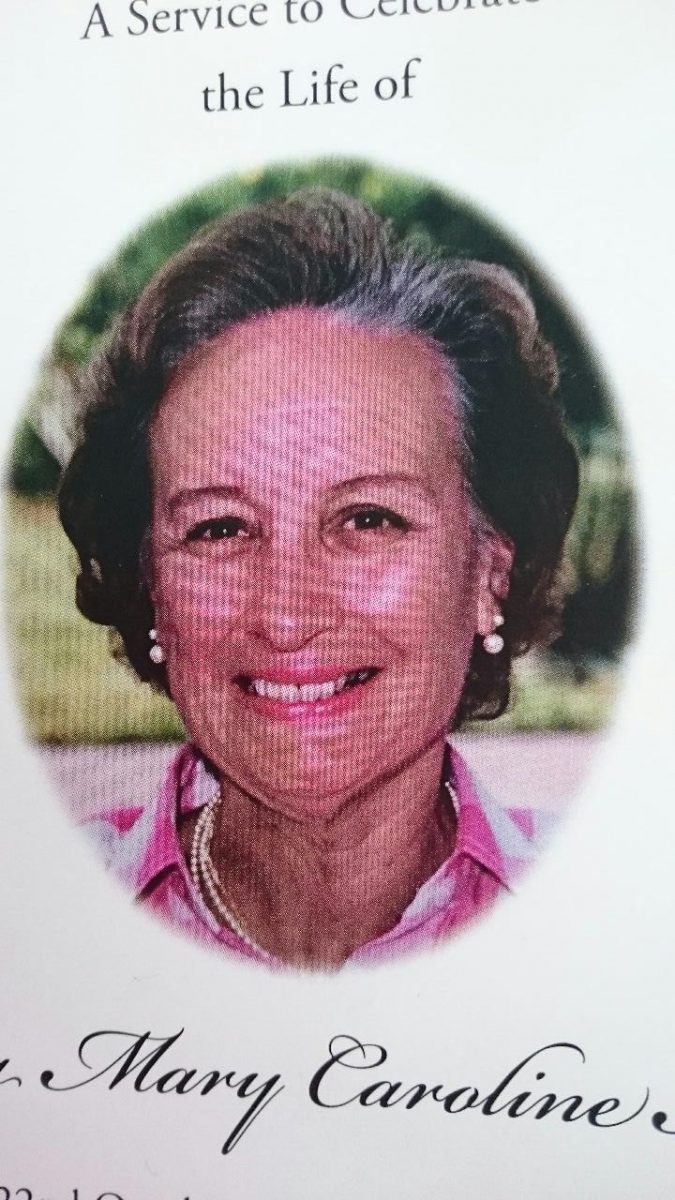 Angela Norris, a Tamesis member for many years, passed peacefully away in the Princess Alice Hospice, Esher, on Friday 5 May.  Her family were by her side.  She was 88.

More than 70 friends and family attended the funeral at the Sacred Heart Church, Teddington on Tuesday 30 May, followed by a reception at Tamesis Club.

Angela was an enthusiastic member of the Tamesis Bridge Group, and in her younger days crewed in Merlins and for members of the Offshore Group.

Her late husband, Percy, was a diplomat and she travelled the world with him until he was  tragically assassinated in Bombay.  She was supported by the Foreign Office for the rest of her life and worked  for a time with the Information Ministry, assisting foreign journalists on their visits to the UK.

Donations in memory of Angela should be made to the Princess Alice Hospice, Esher.