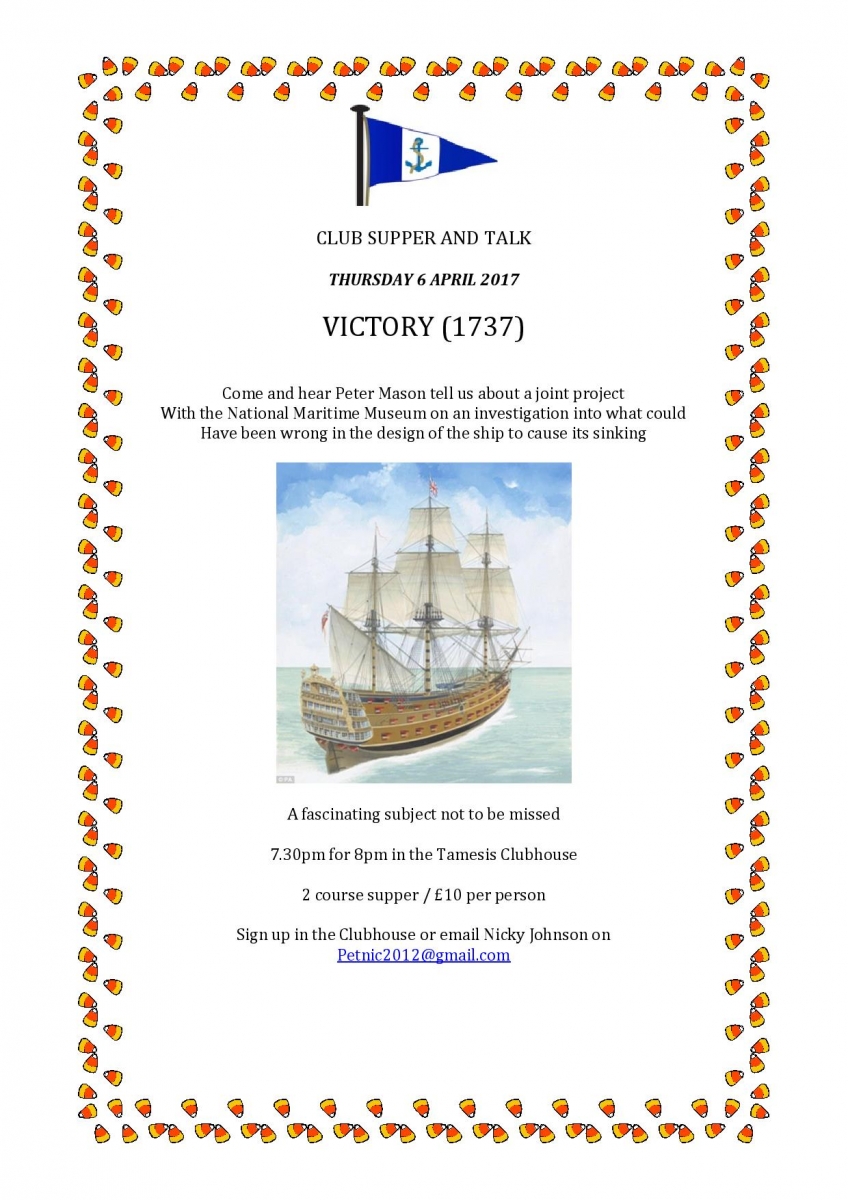 On Thursday 6th April, Peter Mason did a fascinating talk on the sinking of the 1737 version of ‘Victory’ which sank in the Channel in a violent storm in 1744. Peter is involved with Greenwich University and the National Maritime Museum in research into the engineering design of historic naval vessels.
The 18th Century was the Age of Enlightenment, which heralded the start of modern scientific engineering. This period produced conflict between early enthusiasts for new “scientific” designs and more cautious traditional thinkers who could see the dangers in untested innovation.  Early adopters of a new “scientific” approach were the French who were seeking a competitive advantage. In fact, the “science” of the time could only help inform stability, which was not actually a problem for such ships, and the understanding of fluid drag on hulls, aerodynamic driving forces on sails and structural behaviour came much later.  Despite in-period criticism, the design of this Victory was not that different from its famous, and successful, successor in Portsmouth, the design of which was actually influenced somewhat by French naval architecture. That said, it was built with an unusual extra row of stern windows much closer to the water than was usual. Maybe that was not a wise design decision.
Peter used drawings and records from the builders to illustrate his talk.
Thanks also go to Nicky Johnson for overall organisation and to Rhi, Jo and Chloe for producing a lovely meal.