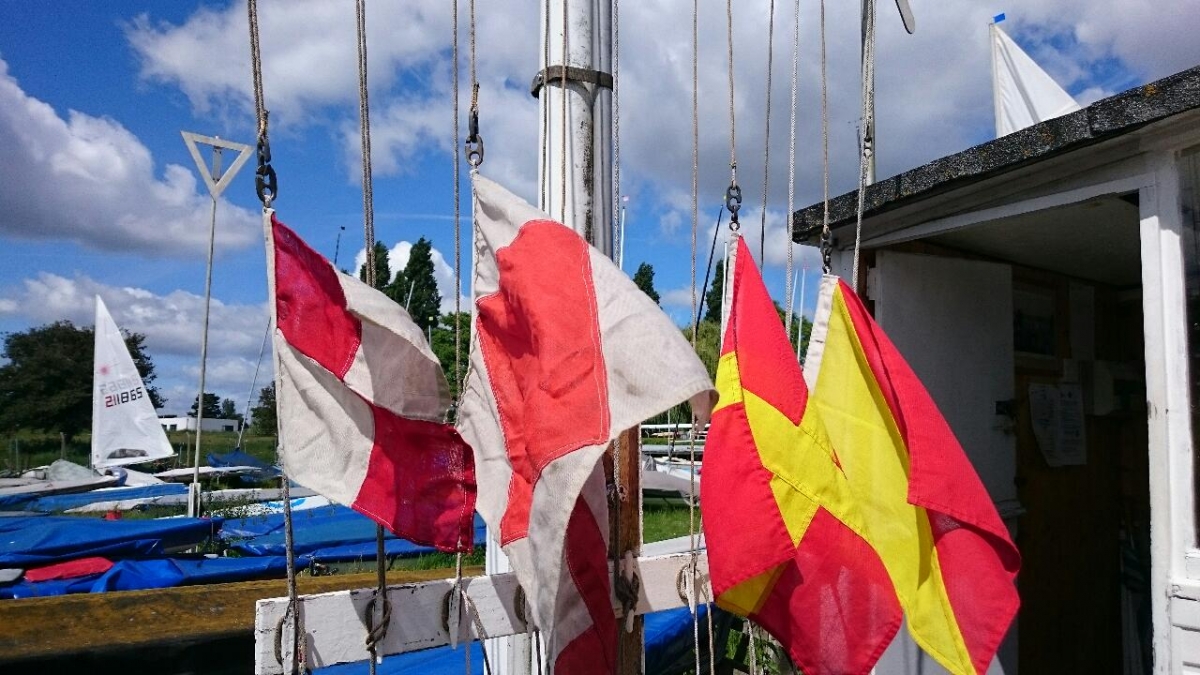 Four boats took part in today’s pursuit race, which took place in extremely light airs.  Great patience was required by all as the wind was very light and variable. At times the wind died away completely only to reappear from a different direction.
Chris Taggart won by a wide margin in his Laser, Chris Balmbro, crewed by his son William, was second in Merlin Rocket 3062 “Bad Company”.  Alan Green crewed by Pete Kondaris was third in N18 336 “Orion” . Jim Hamilton was close behind Alan in fourth place sailing his Firefly 3179 “Fiasco”.
Many thanks go to everyone involved in the race including the race box team and patrol boat crew. Thanks also to the catering team.
Rupert Fletcher OOD