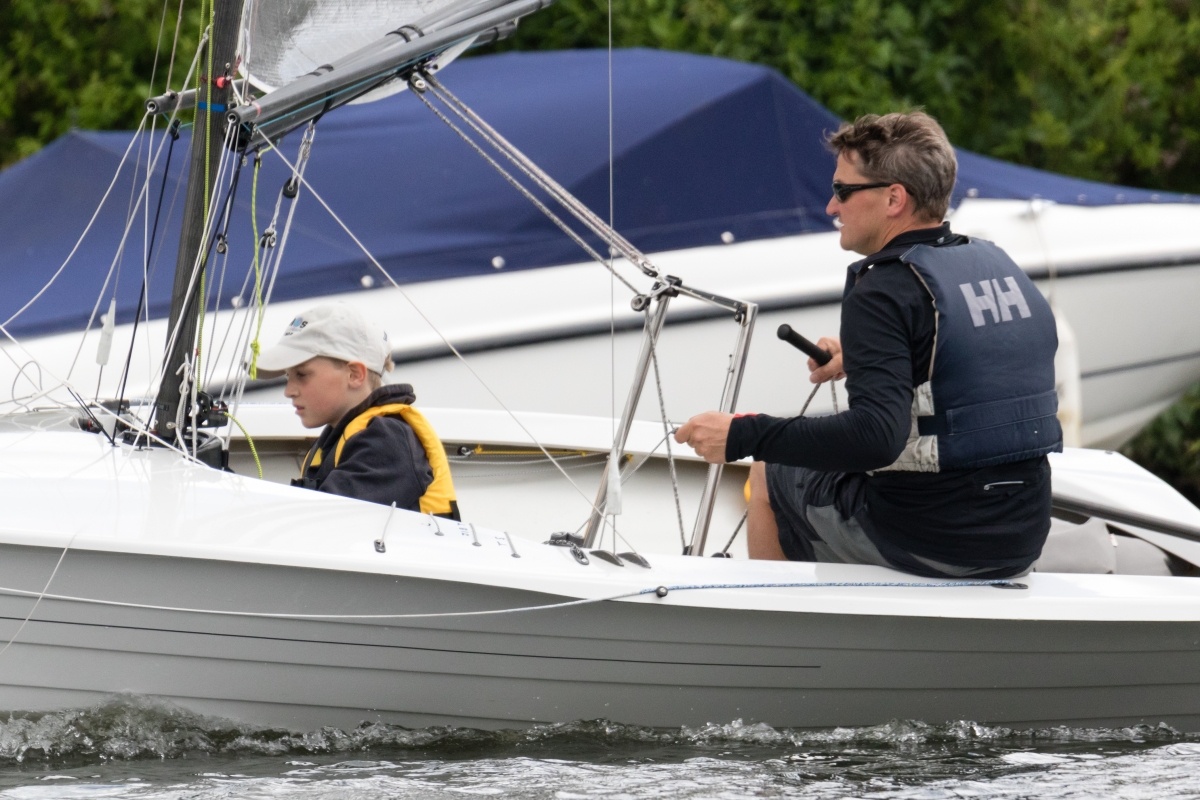 Click on the following link to view photos by Chris Wade including some from the sailing instruction in the afternoon.

Commodore Carolyne Vines presents the Cup to the winners

Rob was helped in the box by his daughter Milly and Sara Jamieson. Sean Roberts and Phil Abbey operated the patrol boats, and Anna, Jo and Lauren prepared and served lunch.