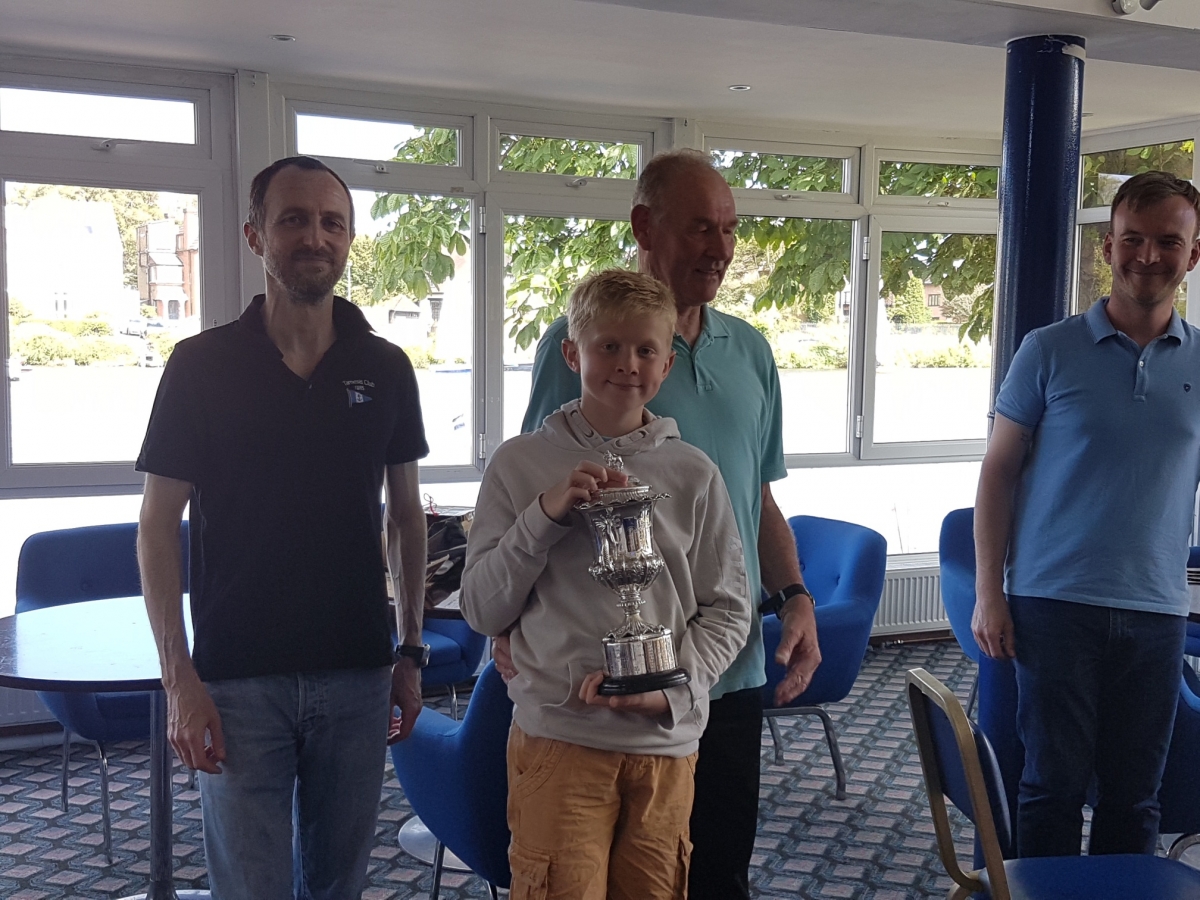 The Queen Adelaide Cup, Tamesis Club’s oldest trophy, was won by Ken Duffell sailing Orion, National 18 336. on Saturday 10 June. He was crewed by Peter Konidaris and Matthew Valentine, his grandson. Normally a Merlin helmsman, Ken had been lent Orion by Vice Commodore Alan Green who was unable to sail because of a temporary health problem.
The Tamesis Anchor was won by Chris Pollard, crewed by Caroline Stillwell, in Antedote, National 18 348.