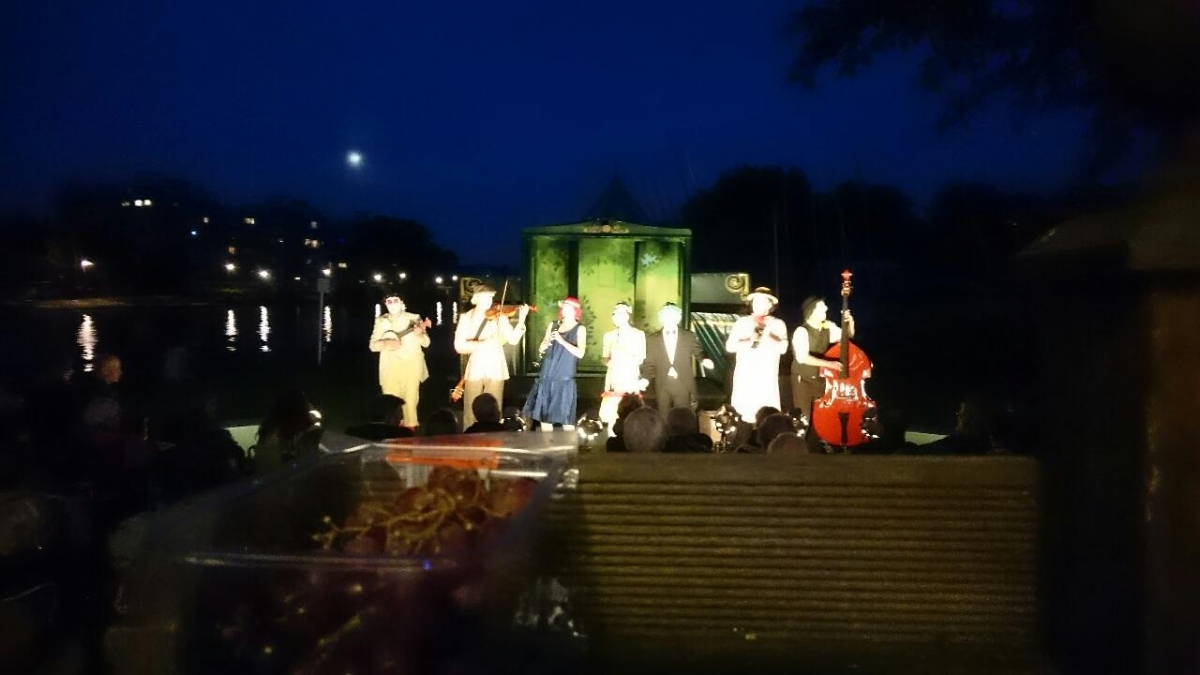 The Rude Mechanical theatre company visited on Friday 9th June for their third performance at the club. The large audience of circa 175 visitors and members were treated to a spectacular display of acting, singing and musicianship. Luckily the rain stayed away

A first timer had the following comment:  We all really enjoyed it. It was something different and the cast were very talented.  It was also fun to have a picnic and we all ate far too much!

The audience and cast also enjoyed drinks from the bar, including two draught beers from Rebellion.