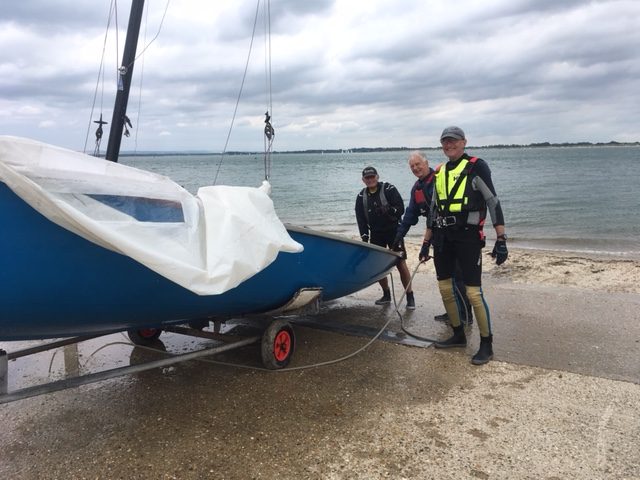 Tamesis boats have had a smashing time at the National 18 Championship at Hayling Island Sailing Club. Jeremy Vines’s Hurricane (401), helmed by Olly Houseman, broke its mast when it capsized and had to borrow a spare mast from another competitor.
In the Classic fleet. Genevieve (266), sailed by Charles Fox, Chris Pollard and Stewart Colley, capsized so many times in the rough waters of Hayling Bay that it broke its foredeck and forward buoyancy and had to do a temporary repair with ducktape.
This photo, taken by Jeremy Vines, shows them waiting for help on a nearby beach.
The Championship runs from Monday 24 to Friday 28 July.

4 thoughts on “Tamesis 18s have smashing time at National Championship”