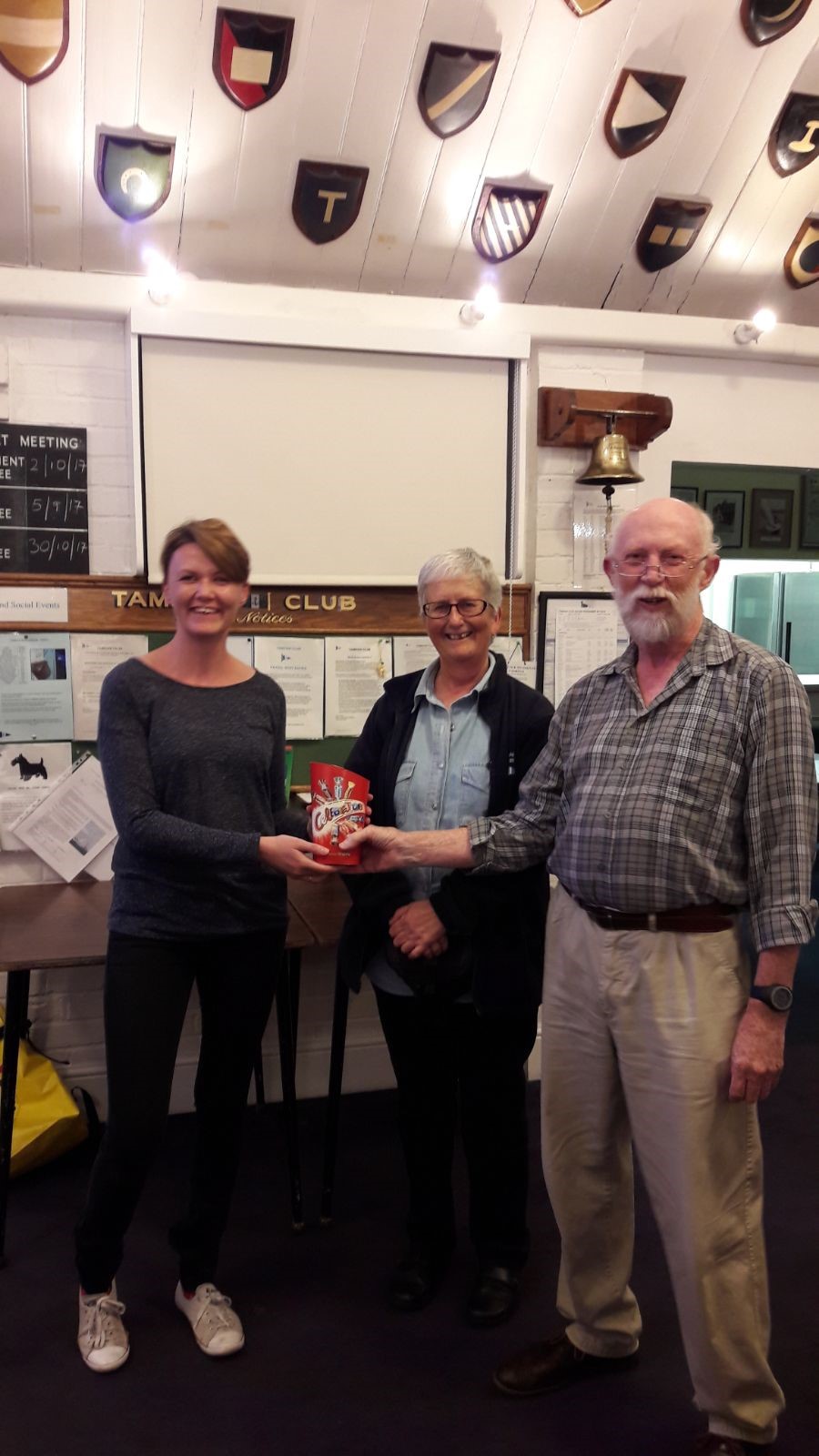 The final Thursday evening’s sail of the summer on 31 August ended with a choccy challenge fun race with chocolate prizes presented by Tamesis Commodore Carolyne Vines to the winning boat in each class.
Ten boats took to the water in a light north westerly wind and four were declared winners after four painfully slow rounds of a short Lensbury-Canbury course in which many were lapped.
First to finish were John and Zoe Adams in their Merlin Rocket Saltarello (1602). Other winners were Rosalind Warwick-Haller in Dragonfly, Laser 201014, Florian Krueger and David Allan sailing Wayfarer 11032 Midnight, and Alan Green in Orion, N 18 336.
Carolyne Vines was race officer and was assisted by Adrian Warwick-Haller.