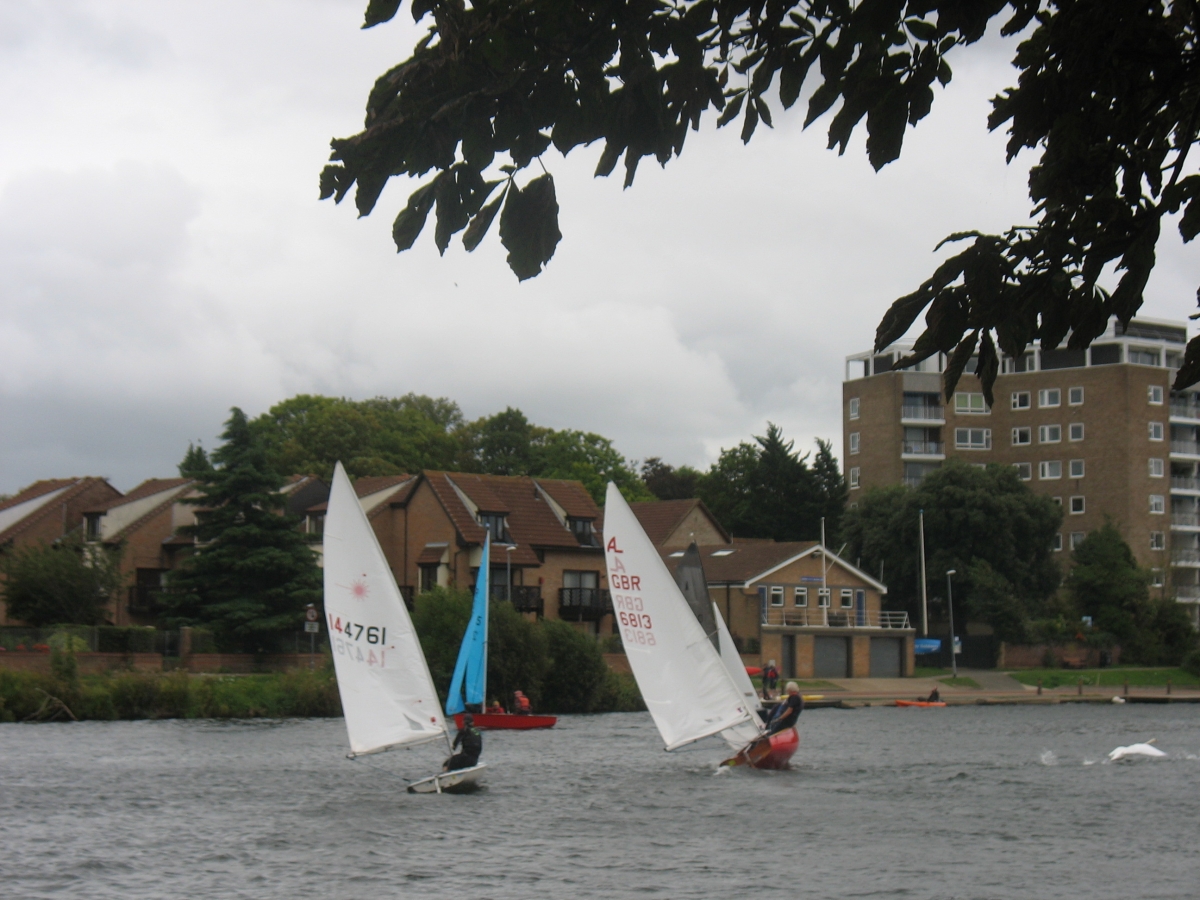 21 boats took part in three closely contested races at the Tamesis Autumn Regatta on Sunday 10 September. It started warmer but soon clouded over and turned into a cold, windy day and the gusty north easterly wind caused many capsizes especially among the nine Lasers.
The Merlin Cup was won by Rob Wilder and Tom James in Flinkidink (1097), with two firsts and a third. Joe McLaughlin and Sean Roberts were second in Sublime (1230), the only boat to risk a spinnaker, with two seconds and a first.
Kaan Yargici sailed the winning Laser, Road of Bones (203911), in a nine strong fleet, scoring two firsts and a third. Constantin Gerber was second in Laser(135387) with two seconds and a fourth in the three races.
The Handicap class went to Dave Baker, Bobert Blakeborough and Jim Green in Cobblers, Albacore (6813), with a third and two firsts. Two visiting Enterprises from Minima YC, Alana, (21439) sailed by Alex and David Cane, and Regent (22655) sailed by Richard Shillin and Keith Black, were second and third.
Race Officer Jon Redding was assisted by Adrian and Sally Wawick-Haller and the safety boats were operated by Graham King and John Storey.
Sailing Secretary Brian Timbrell took the entries and Commodore Carolyne Vines presented the prizes. John and Zoe Adams worked out the handicap places. The catering was supervised by Jo Carstens and Anna Finney.