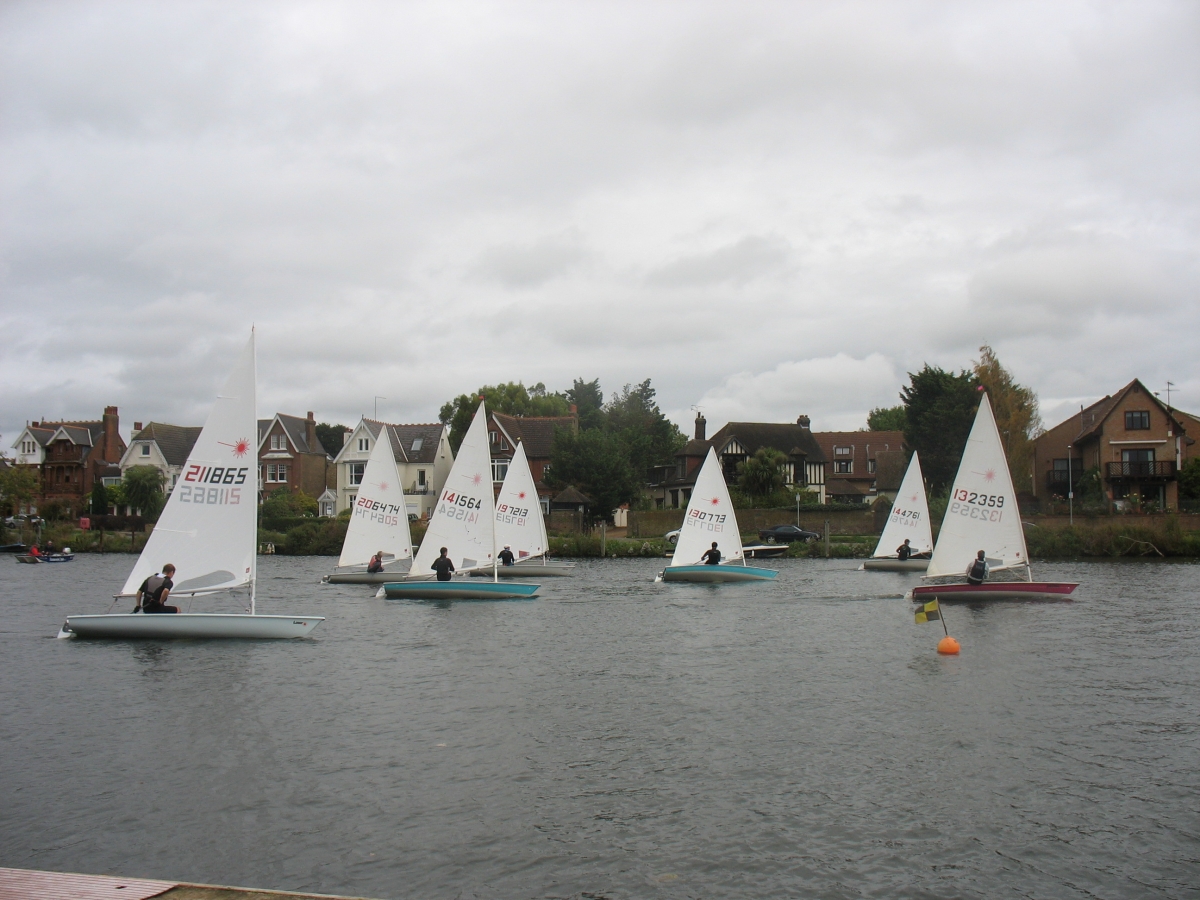 Tamesis Club’s annual Laser open meeting on Sunday 1 October was won by Marcus Chavasse in Laser 197213 with a second and two firsts in the best two out of three races in an 11 boat fleet. Andrew Harris was second in 132359, counting a third and second. Third was Alistair Banks, from Minima YC, in 44761, with a fourth and a third.
There were also other visitors from Lensbury and Minima.
Race Officer Peter Mason sent the first race on a six lap course to a Canbury mark upstream from Steven’s Eyot, with the downstream mark a short distance below the upriver side of Trowlock Island. The south westerly wind was moderate in strength but became stronger and gusty in the afternoon, causing several capsizes.
Peter Mason was assisted in the starting box by Joe Woods, and the safety boat was operated by Chris Balmbro and Ken Duffell. Lunch was cooked by Joe Carstens, assisted by Laura.
Prizes were presented by Vice Commodore Alan Green, who also supervised the entries.