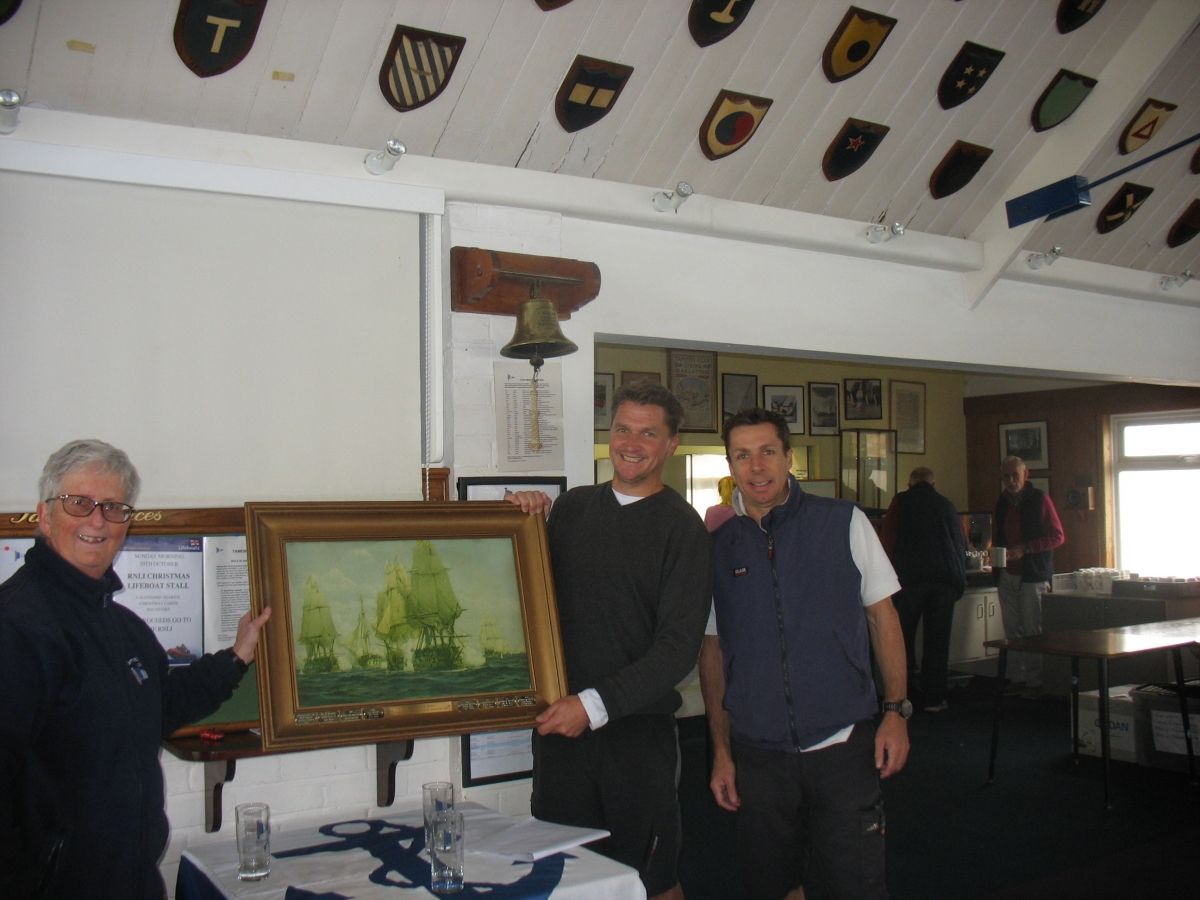 The Trafalgar Trophy, a picture of the Battle of Trafalgar, was won by Andrew Harris and David Solomon sailing Merlin Rocket (3723) 50 Shades on Sunday 22 October.
The seven competing boats were battered by the remains of storm Brian as they raced round a modest course near the Clubhouse with an awkward SE-NW dogleg adding to the challenge. Fortunately, there was only one capsize, and two boats retired before the end of this inter-class pursuit race.
Results: 1 50 Shades (MR 3723) Andrew Harris & David Solomon; 2 Cobblers (Albacore 6813) David Baker & Jim Green; 3 Phew (Laser 178209) Henry Defries.
Carolyne Vines was Race Officer and was assisted by Jenny Finlayson and Leonie Steer. The patrol boats were operated by Simon Craig, Rupert Fletcher, Chris Pollard and Daniel Gerber.

Commodore Carolyne Vines presents the trophy to Andrew and David