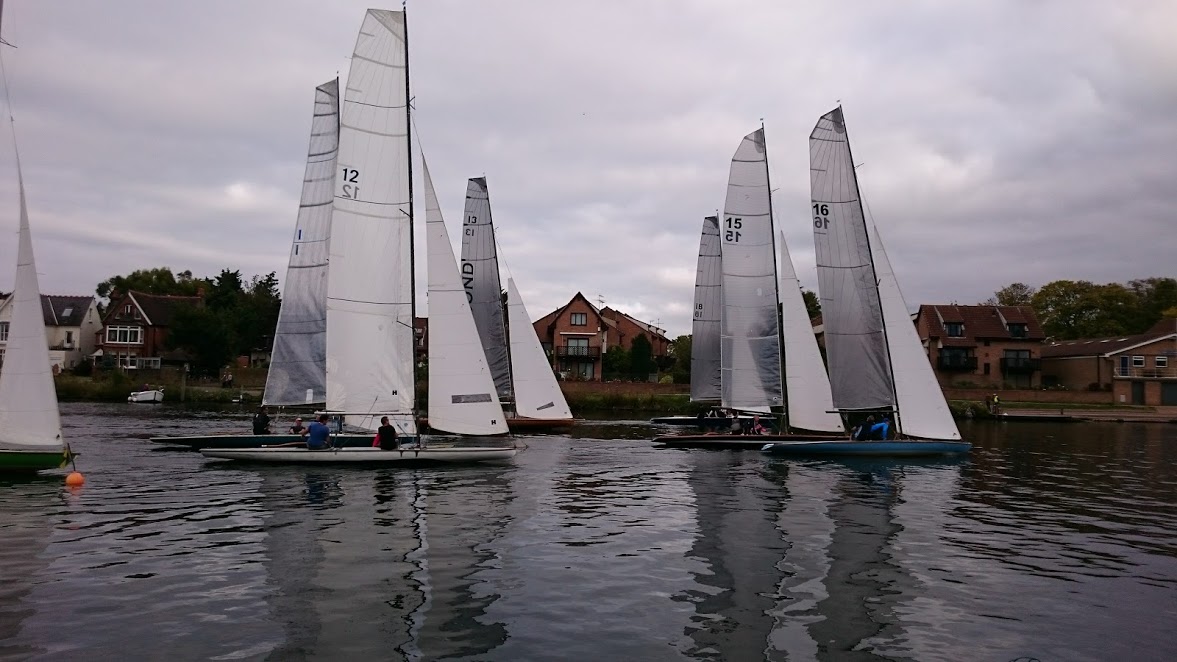 Start of the Yates Cup on Saturday 14th Oct

Osprey, Rater number 16 sailed by Paul Browning, Graham Bartholomew and Matt Hanaby from Thames SC won both the Yates Cup and the Braganza Bowl at the two day open meeting for Raters on Saturday 14th and Sunday 15th October.

The meeting attracted eight entries.  On Saturday it was sailed in a light SW wind and the fleet was sent above Stevens Ait  by Race Officer Peter Fryer. The second race for the Yates Cup was won convincingly by Osprey.

On Sunday, Race Officer David Jerram did the same.  The days first race was sailed in very light airs, but by the third race started at 2pm, the wind had got up considerably and provided a good sail and spectacle for the onlookers.

Several competitors and Tamesis members enjoyed a delicious meal on Saturday night, cooked by Hannah Finney with assistance from James.