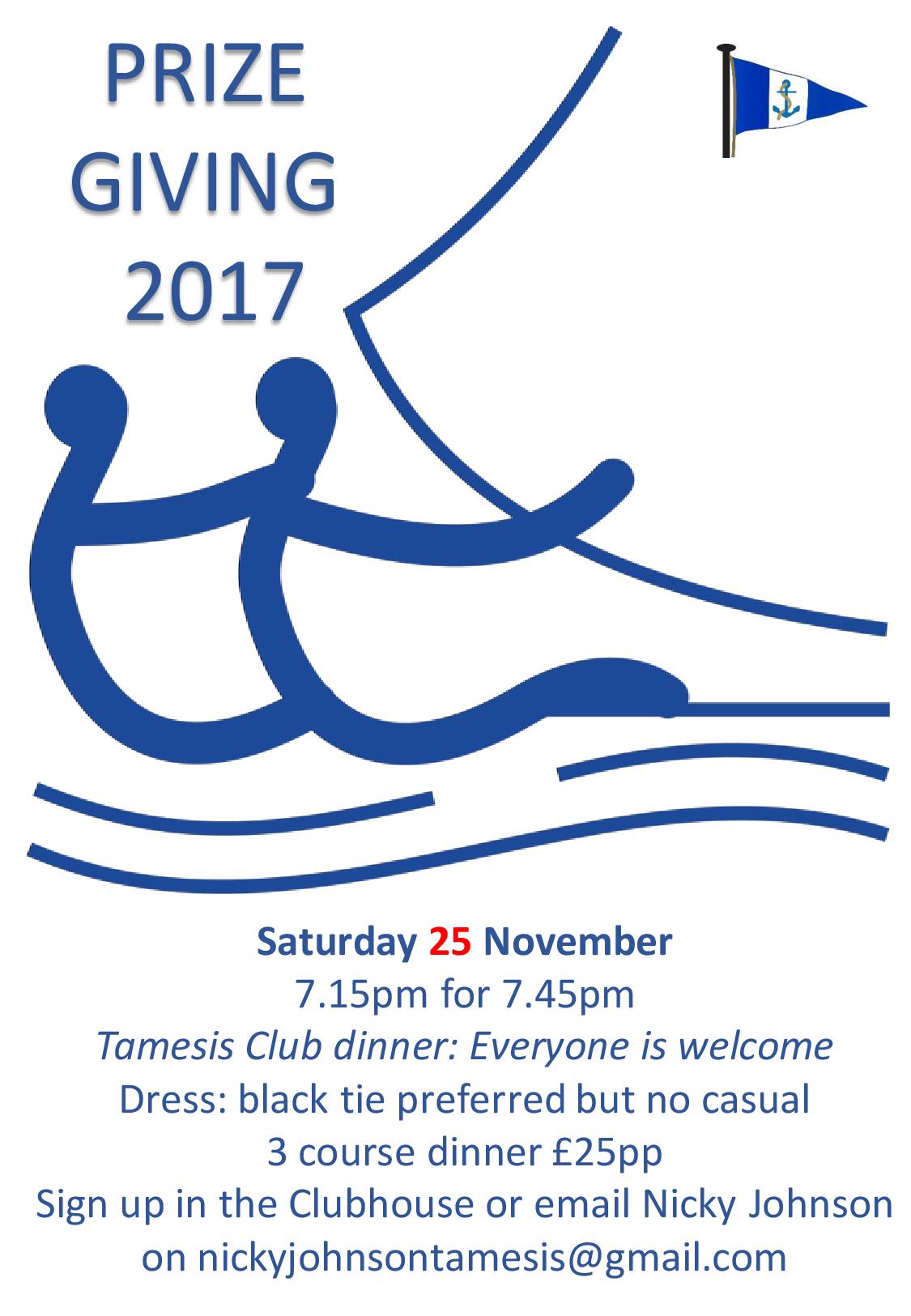 Ed Medcalf – youngest crew
Sixty members attended the Annual Prize Giving on Saturday 25th November, which took the form of a three course dinner interspersed with the giving out of the prizes.
Sailing Secretary Brian Timbrell had prepared the table beautifully, and was very ably assisted by Rear Commodore Sailing, Chris Pollard who announced the prize winners.  Commodore Carolyne Vines presented the prizes.
The proceedings were lightened up at the end by the presentation of the Ambassadors prize to Matthew Dalton, for attending Firefly Open Meetings during the year, Dom Chudleigh for his capsize drill, Constantin Gerber for his expert capsizing, and the youngest crew – Ed Medcalf for turning out to crew his dad.
It was great to see so many youngsters there.
The Commodore’s prize went to Peter and Nicky Johnson for their hard work and valuable contribution to the life and running of the club, as Harbour Master and Rear Commodore House respectively.
The Commodore thanked all the helpers from the House Committee, the Wednesday Working Party who prepared the clubroom and of course Anna and her team of helpers who prepared the meal.  We enjoyed mushroom soup, salmon with watercress sauce, new potatoes and veg, followed by a selection of desserts.
Please see the link below for a complete list of prize winners.
2017 Prize Giving Schedule – Master 2017 (1)