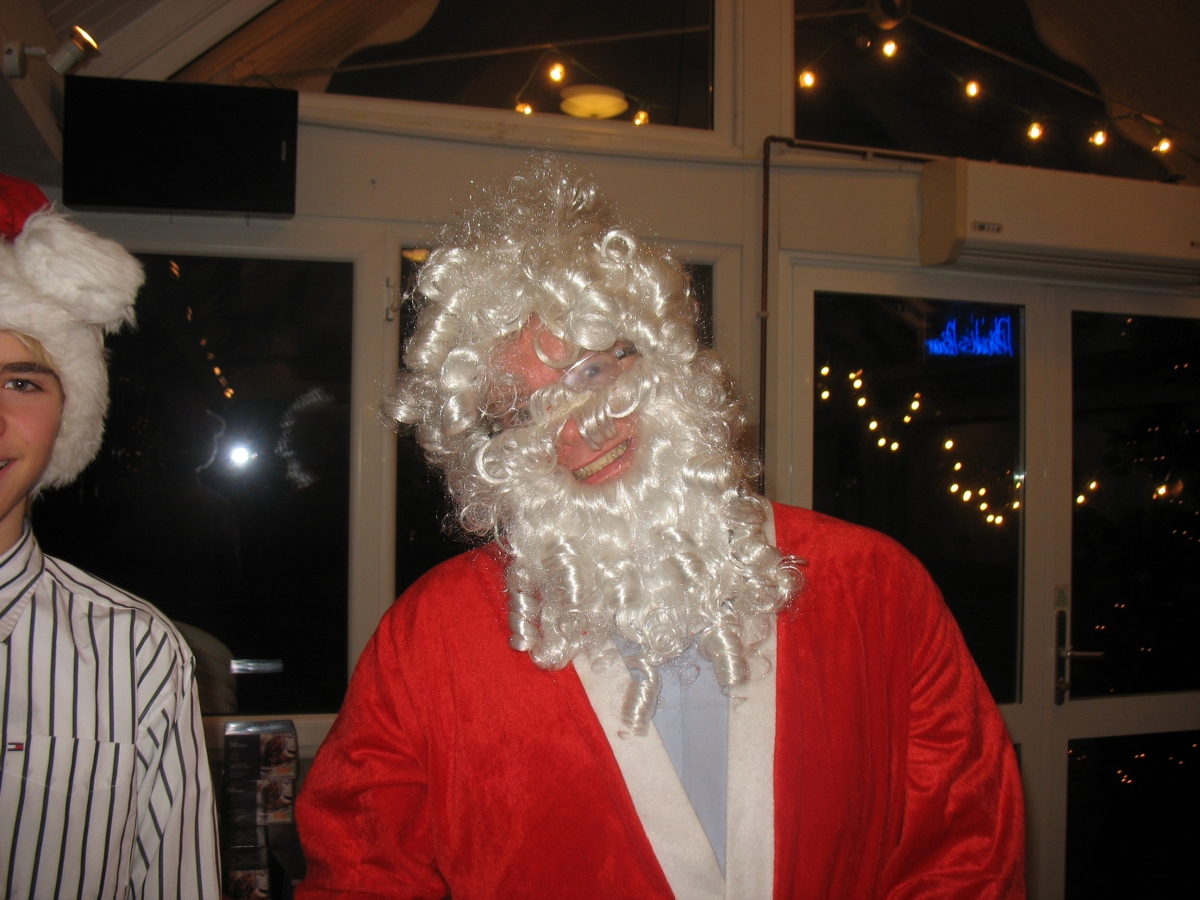 About 130 members and guests enjoyed a tasty four course lunch in a snowbound clubhouse on Sunday 10 December. Commodore Carolyne Vines welcomed everybody and called on Stewart Colley, the OOD, to say Grace. Santa gave presents to young and old and Carolyne thanked all who had prepared and served the food and laid the tables. They were all loudly applauded. Christmas pudding prizes were presented to the winners of the morning’s races.
Brian Southcott led the carol singing which he brought to an end with a table by table chorus of On the 12 days of Christmas.

Some more pictures capturing the wintery weather braved by the intrepid sailors and officers on the day, and the well practised carving team at work!