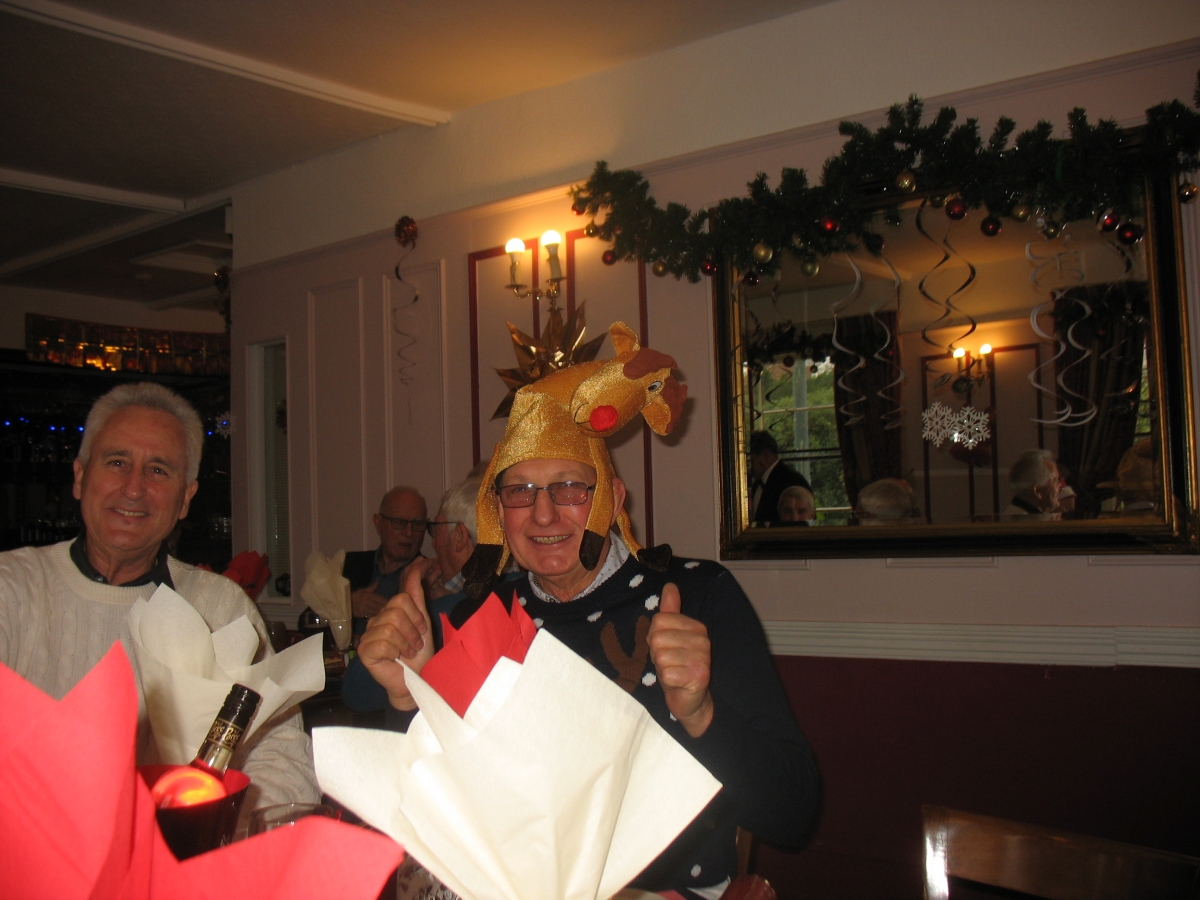 Thirty members of the Tamesis Wednesday Morning Working Party joined each other in a riotous lunch at The Adelaide pub on Wednesday 20 December organised by Jim Green. He opened proceedings by asking members to stand in silence in memory of former members who have passed away.

They then enjoyed a three course lunch which included soup, turkey with all the trimmings, Christmas pudding and brandy sauce.

Nicky Chavasse, by long tradition, opened the hilarious part of the proceedings with an amusing poem. Colin Stokes, Charles Fox and others called upon members to share a glass in recognition of Committee members and all who did unpaid work for the Club, and Commodore Carolyne Vines brought the house down with a story of a marriage of convenience arranged entirely by computers using social media links.