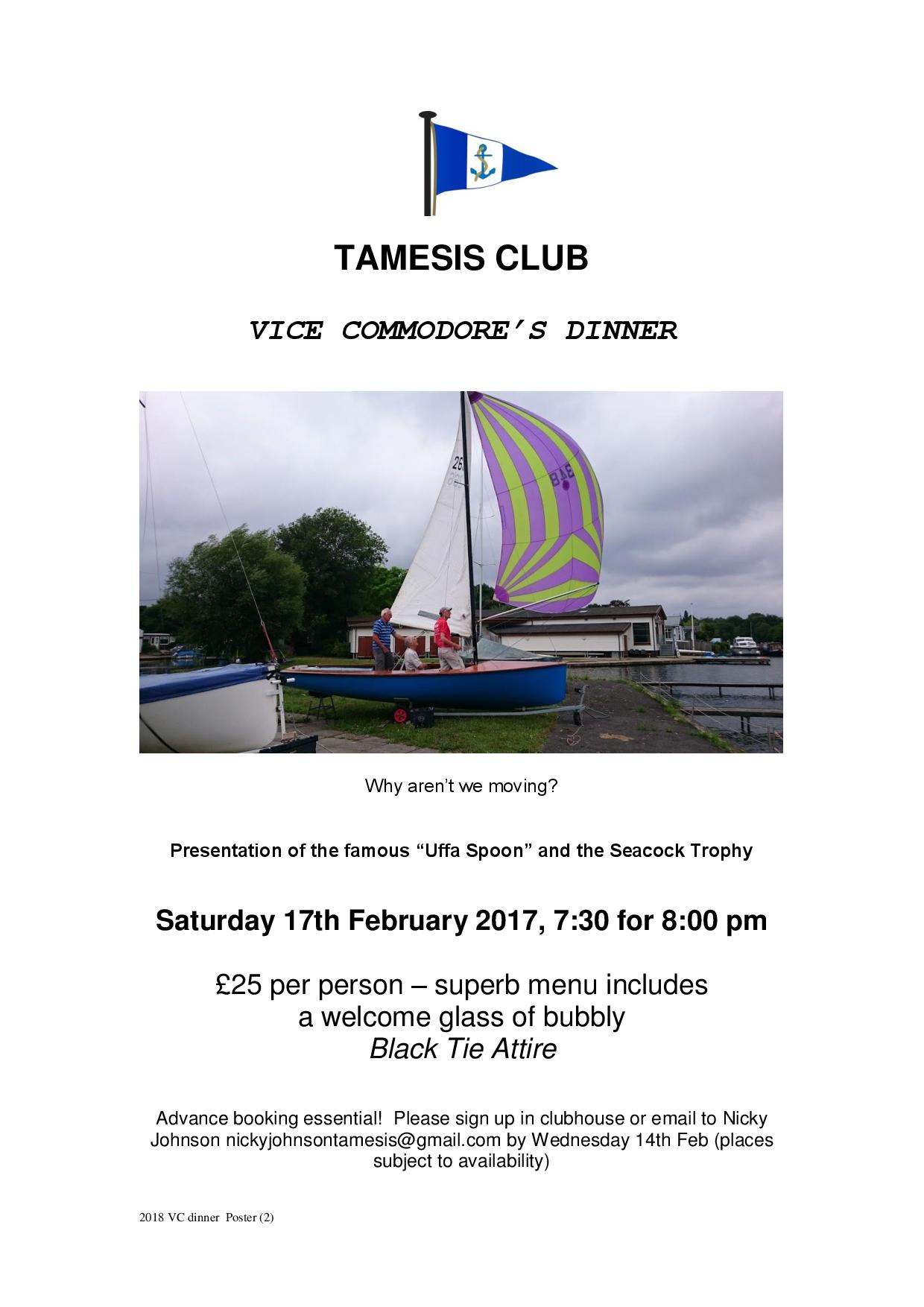 Vice Commodore Alan Green hosted the 2018 Vice Commodore’s Dinner with superb aplomb.  Over sixty members and guests sat down to a delicious meal which was followed by the presentation of the famous or infamous ‘Uffa Spoon’.

Ken Duffell as the previous ‘winner’ followed the longstanding tradition of presenting the Spoon to the person he considered to have committed the biggest faux pas since the last Dinner.

The worthy recipient turned out to be Ian Ramage for dumping his grumpy talented helm in the river at the end of the race.  Ken, having given a very amusing run down of possible culprits,  held us all in suspense while he carefully opened the brown A4 envelope in which he had secreted the piece of paper with Ian’s name on it.  Ian gave a short gracious acceptance speech which also had us in fits.

Alan Green closed the Dinner by thanking all who had been involved in the preparation of the evening – Nicky Johnson leading the House Committee who did the veg and fruit salad preparation and the Wednesday Working Party who had also helped lay the tables.  Tribute was paid to Chris Pollard for design and production of the menu cards on the table.  He also thanked the staff led by Anna Finney for cooking and serving the meal and drinks in the bar.  Staff included Megan, Emily, Natasha, Harry and Megan.  Commodore Carolyne Vines thanked Alan for arranging such an excellent evening and making the beautiful individualized place labels.