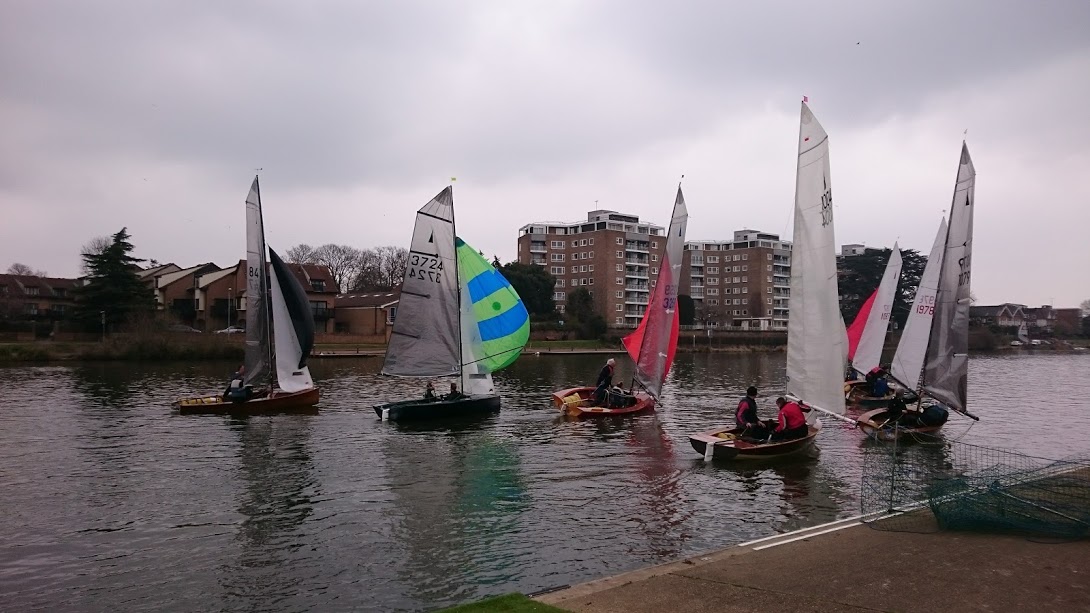 On the way upstream first round

Passing Cloud in the lead

The low cloud and light North Easterly combined with some current provided close racing for the seven participants. Richard Harris got away in the second round, leaving Sublime, Bambusa,  Flinkidink sailed by Rob and Milly Chong Wilder and Lady Anne sailed by Charlie Morgan and John Adams to battle it out for the subsequent positions.