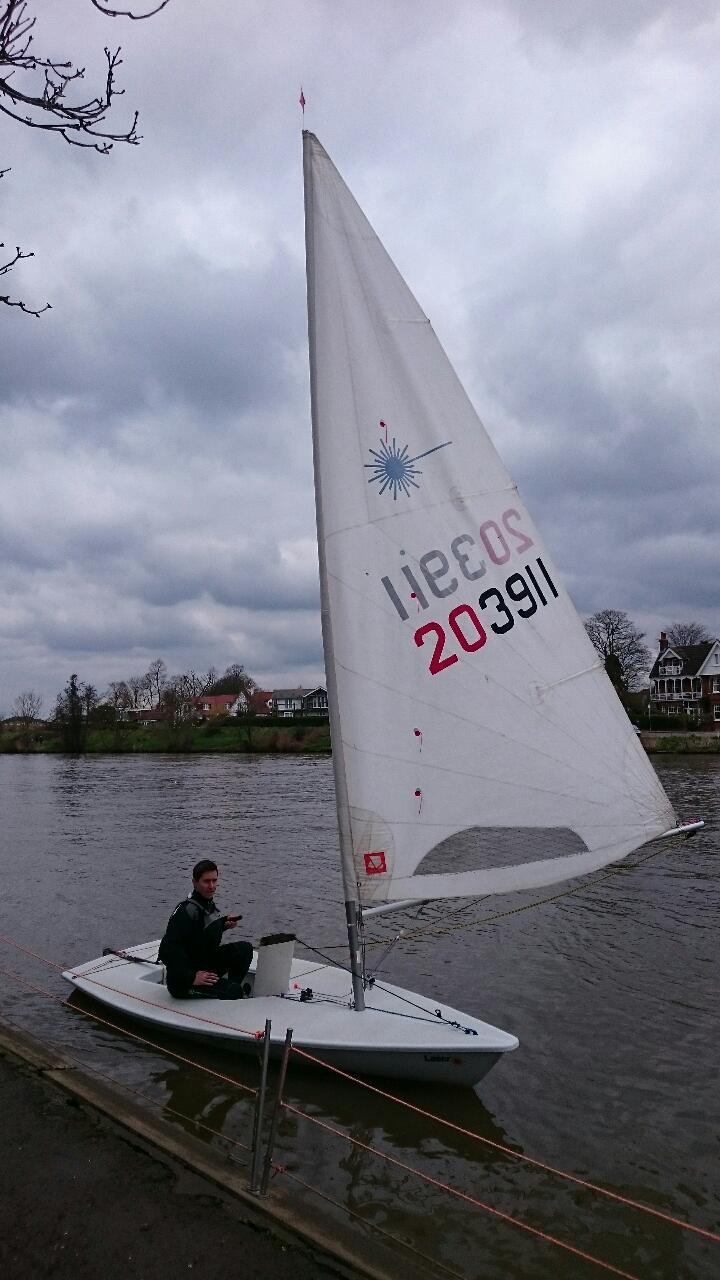 Sailors were greeted by a light north easterly and strong stream this morning.  The only way upstream was to edge up the Middlesex bank.  Kaan Yargici sailing his Laser Road of Bones was able to establish a strong lead from nearest rivals Matt Peregrine Jones and Peter Impey in Merlin, followed by Ken Duffell and Mattie Valentine in Avenger.  Matthew and Cathy Dalton in Firefly started first and were able to keep ahead for the first round.  Unfortunately they were disadvantaged by the dropping wind.

All the competitors were presented with either Easter Eggs or chocolates.

The duck race was abandoned, to be held later in the season.

Kaan on the last lap