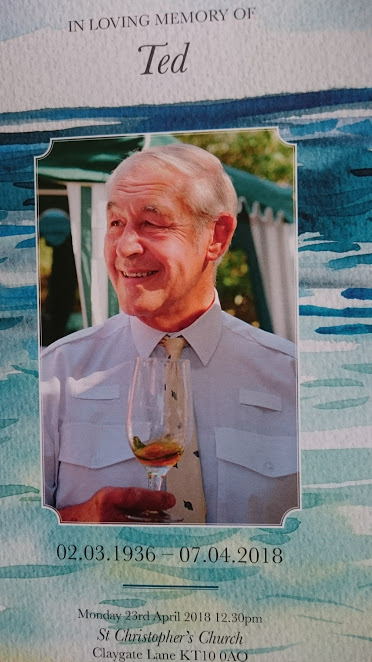 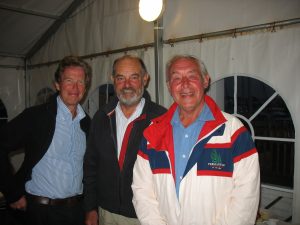 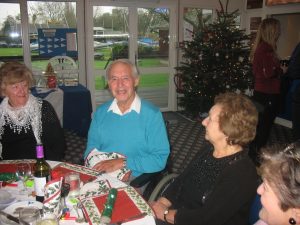 Tamesis members will learn with great sadness of the death on Saturday 7 April of Ted Neal a longstanding member of the National 18 fleet and of the Offshore Group.  He joined the club back in the 1970s bringing an Enterprise with him.  He and a few others started our Enterprise fleet which lasted a few years. Ted took over the workshop in the boat shop when his son Steve moved down to Cornwall, and he became bosun a few years later.  His extensive boat repairing skills kept countless boats afloat in his time, and always with his big smile.  Unfortunately Ted was seriously incapacitated by a stroke in 2014.

His son Steve reported that Ted passed away unexpectedly at 19:00 on Saturday 7 April in St Helier Hospital, apparently from pneumonia.  He was admitted to St Helier hospital on Easter Monday.  Steve says the family were totally unprepared for Ted’s sudden deterioration.

At this sad time our thoughts are with his wife Doreen, sons Steve and Richard and their families.

Donations to The Rona Trust which provides opportunities through sail training for young people and people with disabilities to gain a sense of responsibility, resourcefulness and teamwork that will remain with them for the rest of their lives.

Ted’s funeral was held at St. Christopher’s Church, Hinchley Wood on Monday 23 April and was attended by 150 friends and family.  Memories of Ted were recalled by friend of the family Ray and Steve Neal, who spoke of Ted’s love of the sea from his time in the Royal Navy to his sailing days at Tamesis and the Solent, and was emphasised by a reading of John Masefield’s Sea Fever “I must go down to the seas again” by Bill.

Afterwards there was a reception at Tamesis Club during which Commodore Carolyne Vines announced to loud applause that one of the Topper dinghies used for sail training youngsters would be named ‘Ted’  in his memory.  The dinghy was donated to the club by a local and Ted had helped Carolyne bring her to the club. This happened on what was to be his last day with the Wednesday Working Party.

Photos – top Ted on the right with Peter Johnson and Steve Osgood at a Jack’s trip.  Lower – Ted at Christmas lunch with  his wife Doreen on the right.