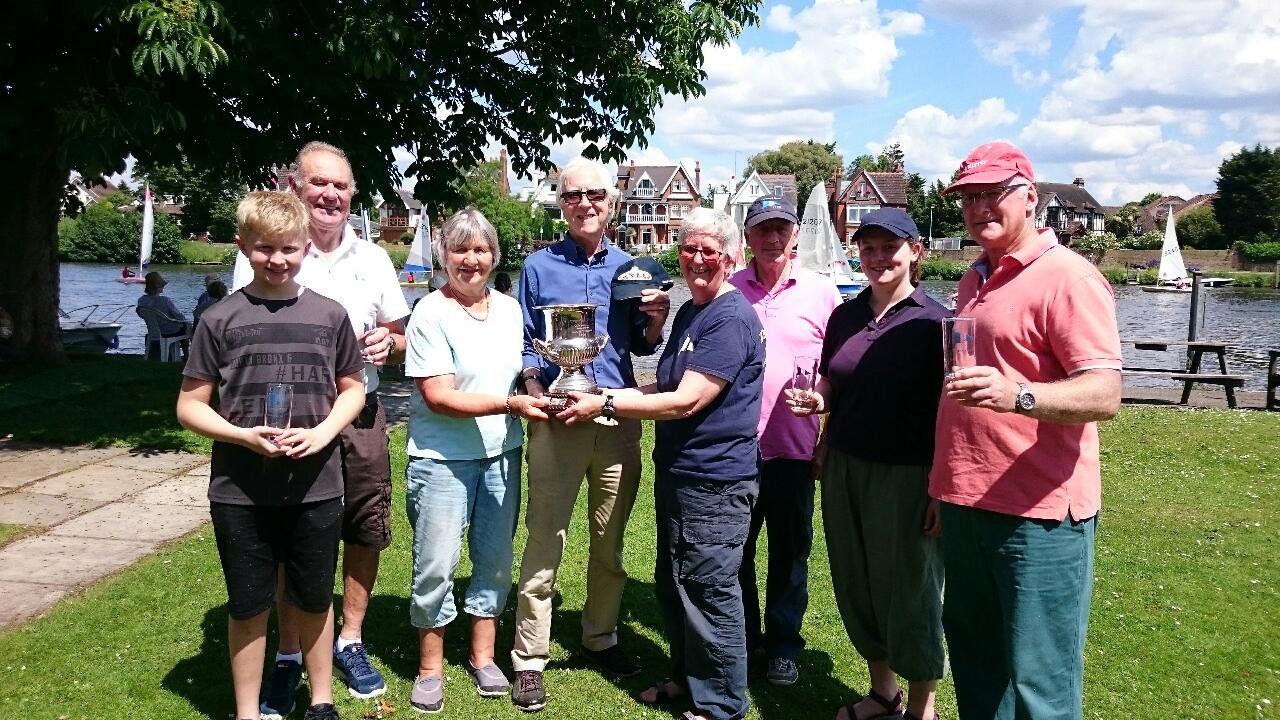 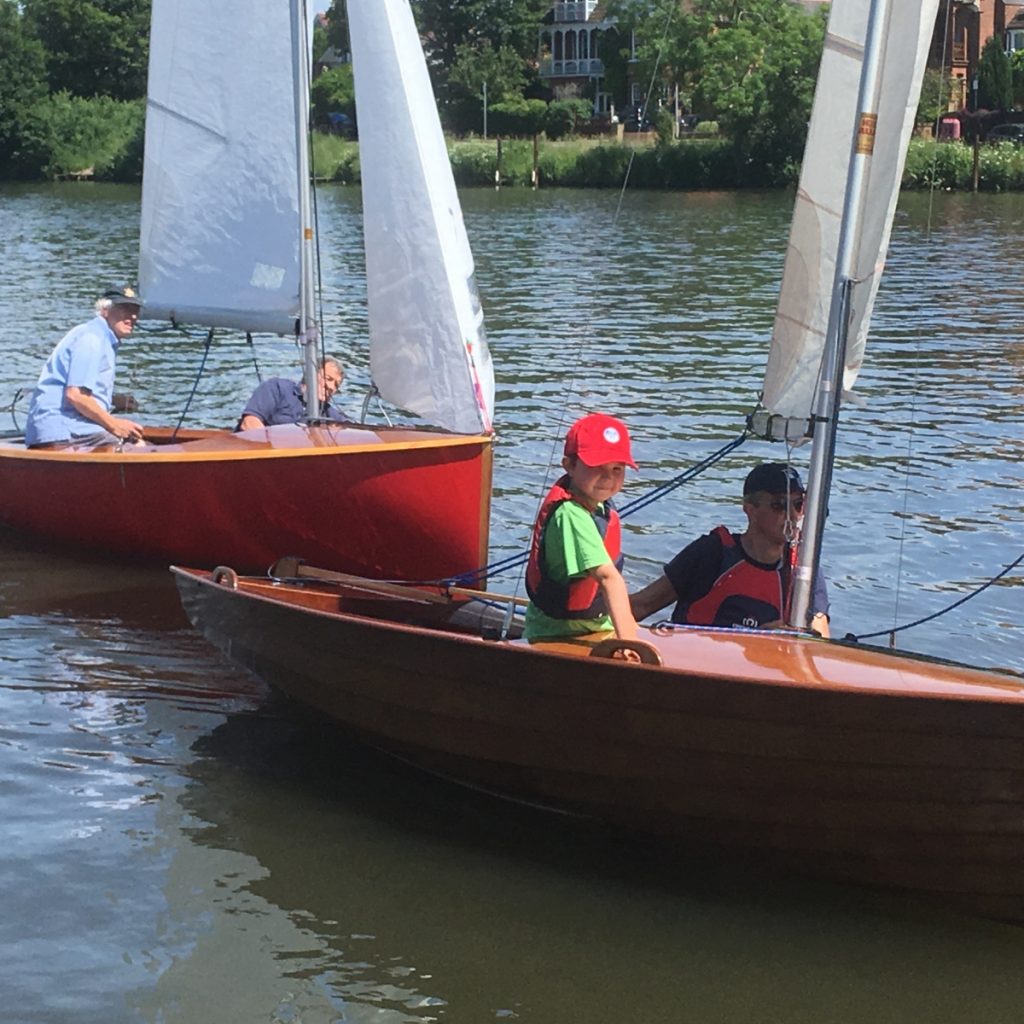 The 33rd Centenary Cup took place on 3rd June 2018.  The Cup was presented to the club by then Commodore Louis Derham to celebrate the club’s Centenary year.  The race takes the form of a handicap pursuit – the slower classes starting before the faster classes.  Everyone is finished at the same time, the finish being announced by the ringing of a handbell.  The idea is that the handicaps are set so that the race is a dead heat between the classes.

Early arrivals at the club were greeted with no wind and we wondered whether it was going to be possible to sail.  However, by 11am there was enough wind for OOD Charlie Morgan to set a short loop course in front of the club.  Progress was also hindered by the half knot current which made mark rounding very interesting, especially when there were a lot of boats going round at the same time.

The Lasers set off at 1119 followed by the Albacore, the Merlins and lastly the National 18’.  The Merlins overtook the Lasers on the second round.  There was a close battle from then on with the Albacore and the Merlins neck and neck.  Peter Mason and Tallulah Harris in Bambusa were leading up to the last mark, which they had to re round.  They almost caught Berry Ritchie and Sue Harris in Crescendo, but had to settle for second.

Thanks to OOD Charlie Morgan and helpers Phil Abbott (in the box) and Malcolm Warner in the Patrol boat.

There was a short prize giving on the lawn afterwards when Commodore Carolyne Vines presented the winners with the Centenary Cup.