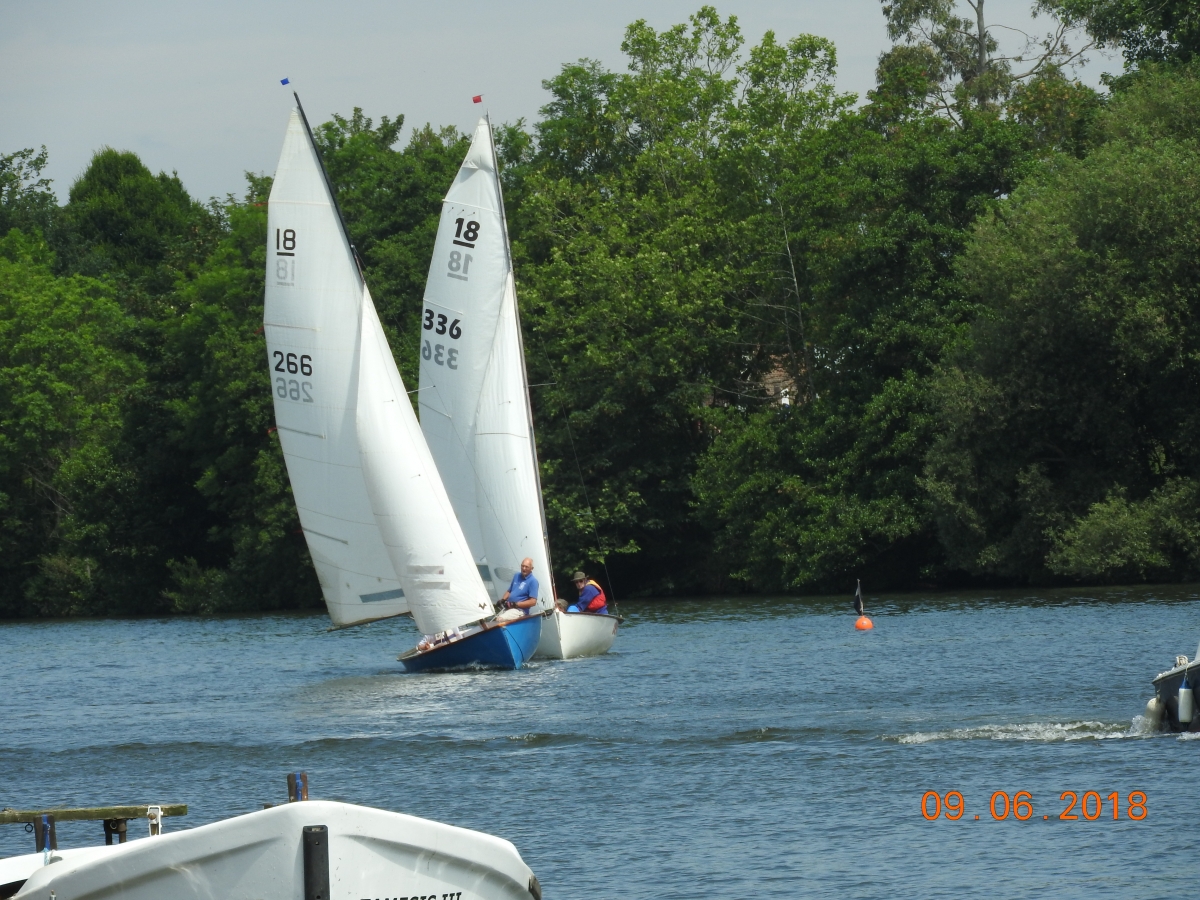 The Adelaide Cup was donated to Tamesis in the early 1960s by the great nephew of the original winner, and has been sailed for by the National 18’ fleet ever since.

This year’s event was a quieter affair than in previous years, but the competition was no less fierce.

The course was laid in front of the club as it was felt that the wind was too fluky to go further. The day started with bright sunshine.  The wind direction was predominantly north easterly with some patches of lovely fast sailing accompanied by some rather large holes.

Charles Fox crewed by Robert Blakebrough in Geniveve and Alan Green crewed by Beatrice Russ in Orion sparred closely in the first race, but Charles was first over the finish line.  Orion was over the line in the second race and never really caught up.  The third race took place after lunch, by which time the wind had dropped again and the sun had disappeared.  The race was shortened to one round.  Geniveve had a convincing lead, but Orion was able to catch her at the top mark, and got past to take the winning gun.

Many thanks to OOD David Baker assisted by Jim Green and Carolyne Vines.

Tamesis Anchor – on the water, and Adelaide Cup – handicap