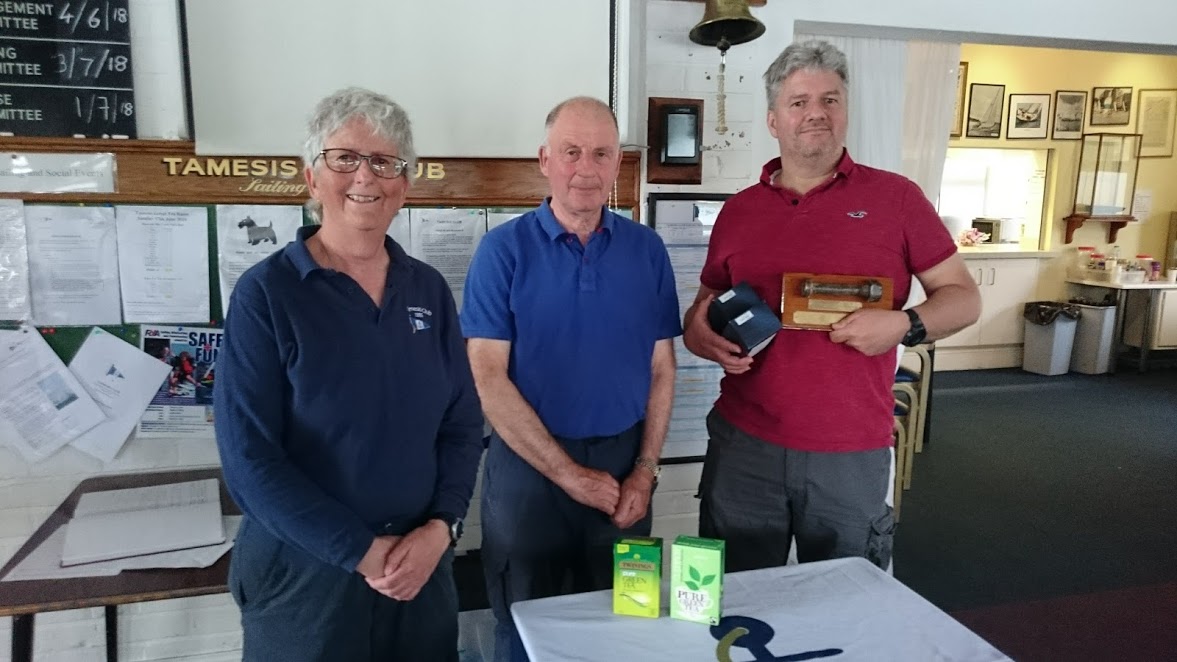 The day dawned with a grey sky – a stark contrast to the sunshine we experienced earlier in the week.  The wind blew from the west with some north in it, then, from anywhere really.

Never the less, the turnout was truly impressive including four Fireflies, Lasers, Merlins, an Albacore, a Wayfarer and three National 18s.

We set sail downstream towards Lensbury, returning via a cross river leg on the way up.  OOD Brian Southcott set the perfect course for the very tricky conditions.

The first starting Fireflies held their lead for  two rounds, with Jim Hamilton in Fiasco in front.  Then Matt Peregrine Jones in his Laser caught up. The other classes started coming through in the third round to make it a perfect Pursuit Race with close racing towards throughout.

Peter Mason, who donated the Bolt when he was Commodore, presented the trophy together with boxes of tea which he gives every year.  He gave a fascinating brief history of the Cutty Sark.  Peter was assisted by Jim Green in presenting the prizes.

The £115 collected in Entry Fees will be donated to the Royal Maritime Museum in Greenwich which now owns Cutty Sark.