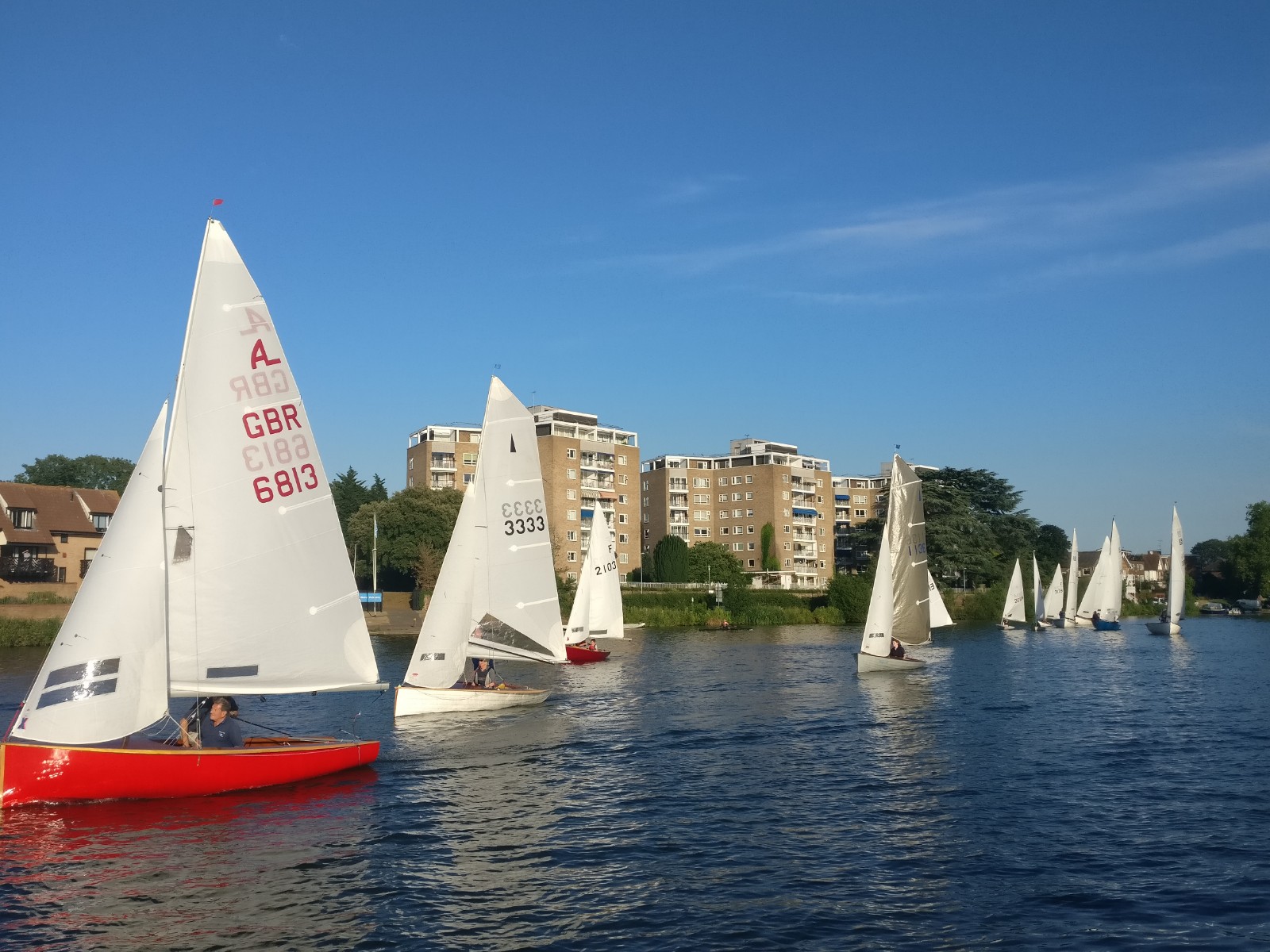 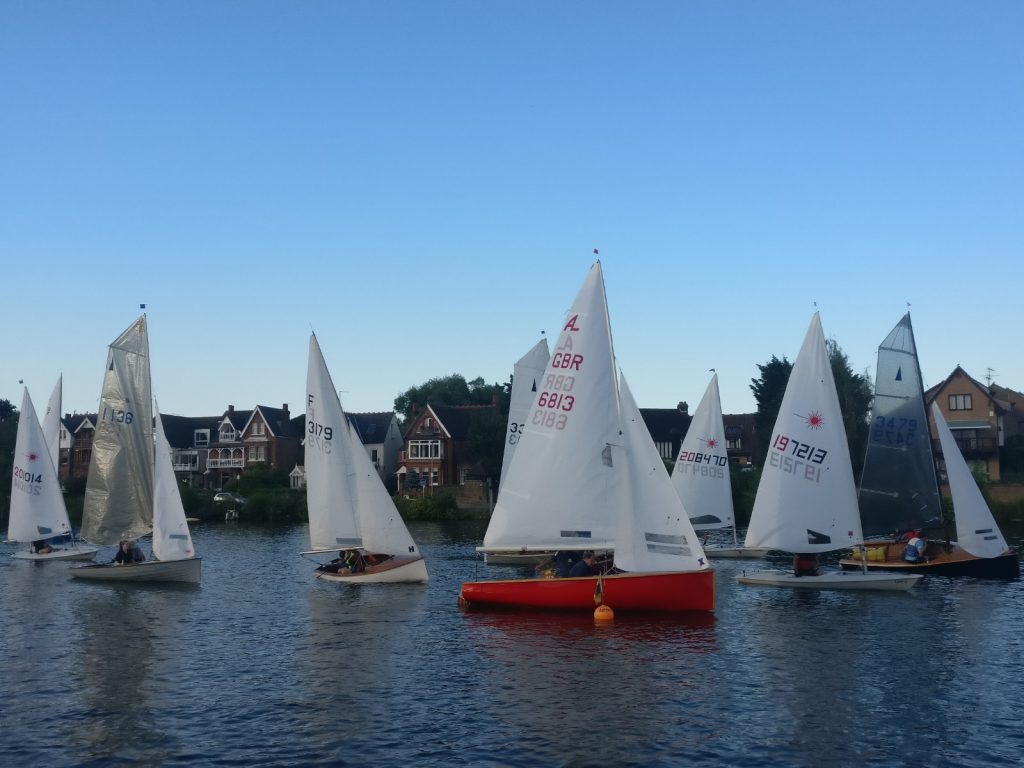 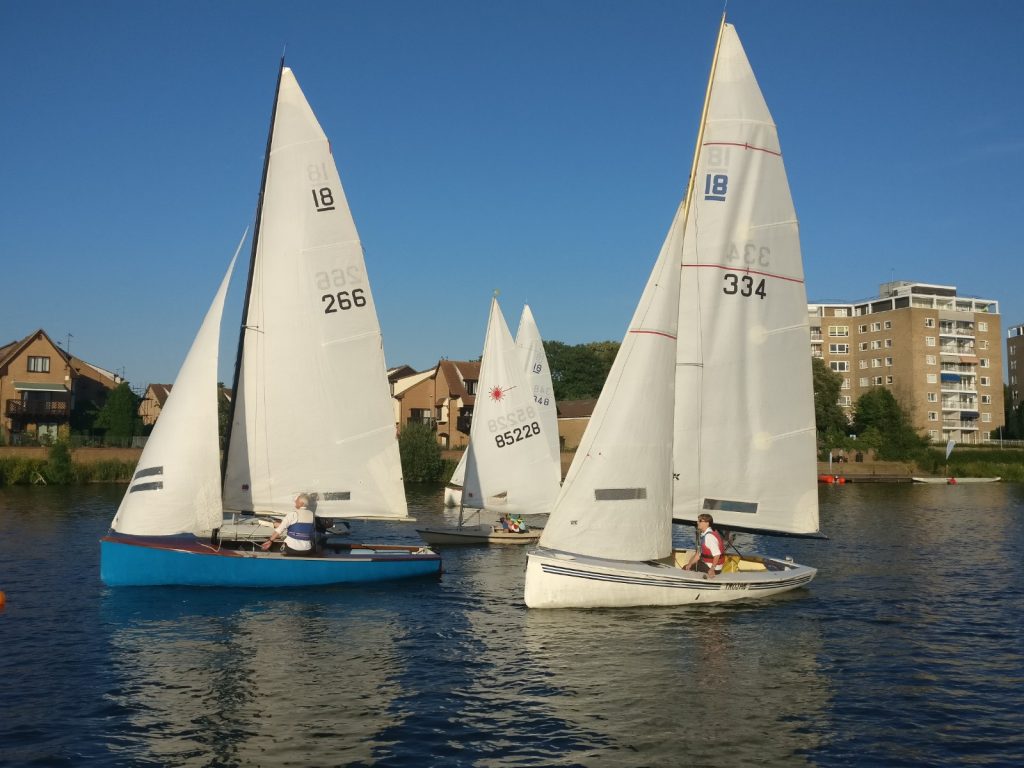 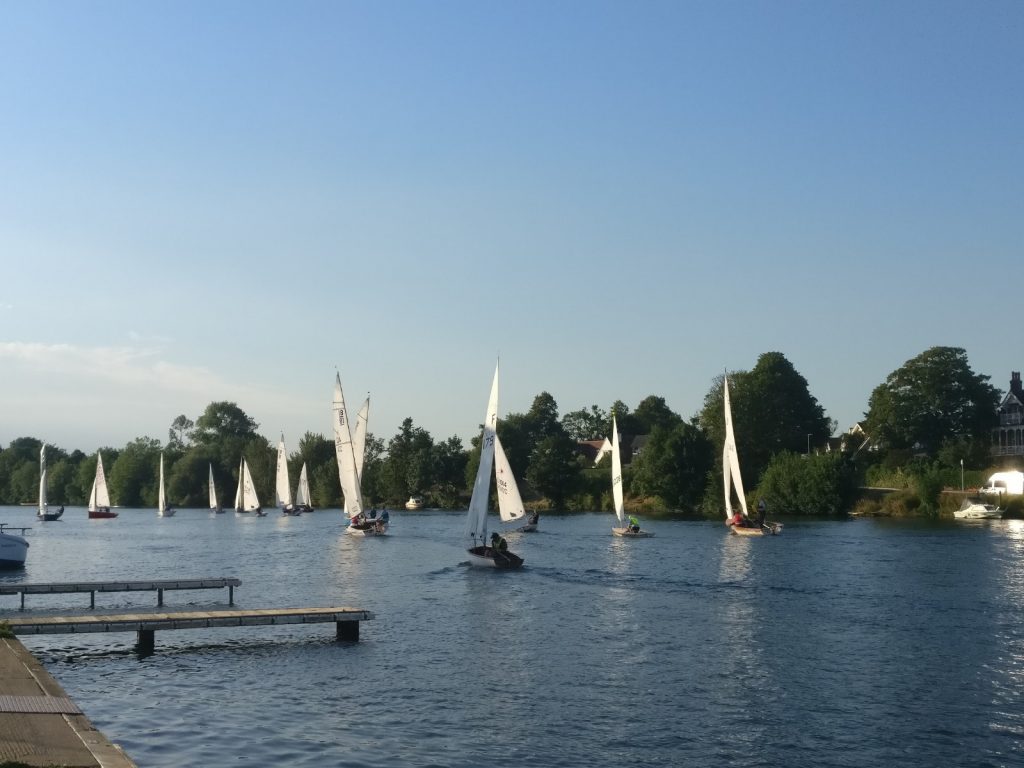 ‘The last race of the Saga series was sailed on a sunny June evening with some wind for a change, with the largest entry, 14 boats, of the series.

David Baker and Jim Green said Cobblers to you all and sailed into the distance in the red Albacore chased by a pack of National 18s, with Chris Pollard and Caroline Stilwell 2nd in Antedote, Charles Fox and Robert Blakebrough 3rd in Geniveve and Mike and Jennifer Adams 4th in Trojan.  Regardless of your position in the race it was a very nice sail followed by a tasty supper, a good way of spending a Thursday evening.

Over the series twenty four different boats raced with 9 sailing the 4 races needed to qualify.  Ken Duffell and his grandson,  Matthew Valentine, had a perfect score of 4 race wins to win the series in their Merlin Avenger, with another Merlin, Fair Kop sailed by Barry Mourant and Carolyne Vines, in second and with Jim Hamilton in his Firefly Fiasco taking third.

The second summer Thursday series, the G W Smith Trophy starts on Thursday with all to play for.  Is Ken once again going to speed of into the distance or will he be pegged back? Only 4 races are need to qualify for a chance to win the series but regardless of that the joy of forgetting the worries and stress of the day, and replacing it with the worry and stress of finding some wind, and more of it than your competitors, is worth it even if you can only afford a couple of evenings.  The food is good as well.  See you on Thursday.