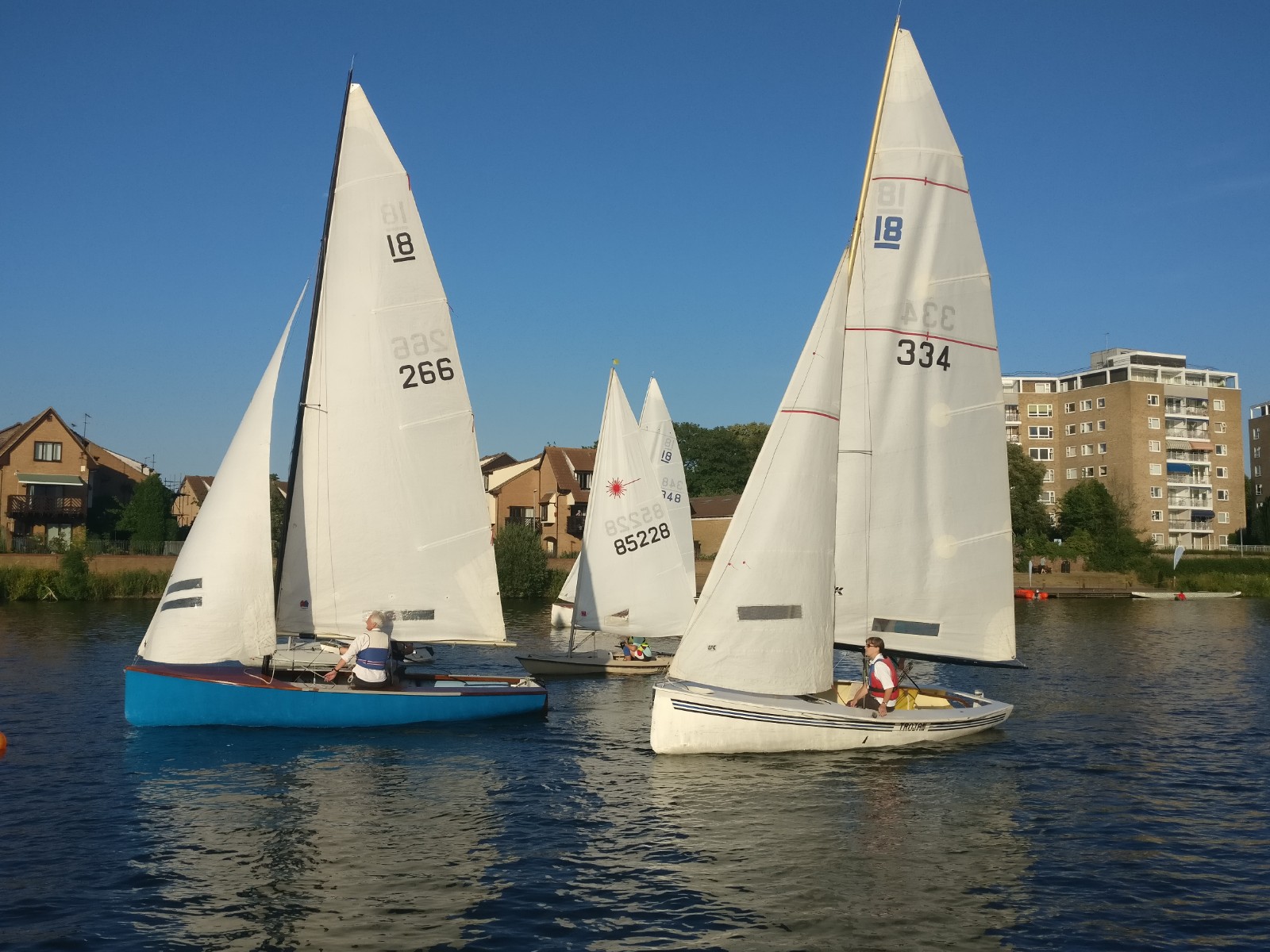 Another light wind for the second race for the G W Smith Trophy, but one that did allow 3 laps of a continually shrinking course as OOD Steve Katz moved the marks to make sure that we finished in daylight.  It could be said that the most interesting racing was between n the launch  moving the mark and the first competitor about to round the mark.  the launch won in all occasions.

The racing was close with gaps opening and closing as different competitors found or lost the wind.  In the end it was the N18 of Charles Fox and Robert Blakebrough who beat John Adams and Carolyne Vines across the line in their Merlin, but it was Ros Warwick-Haller in her Laser who claimed the win on handicap from Charles with another Laser helmed by Graham King taking the other podium spot.

This series looks closer than the early summer Saga Trophy with no run-away winner yet, so all to play for with another 7 races and only 4 needed to qualify.