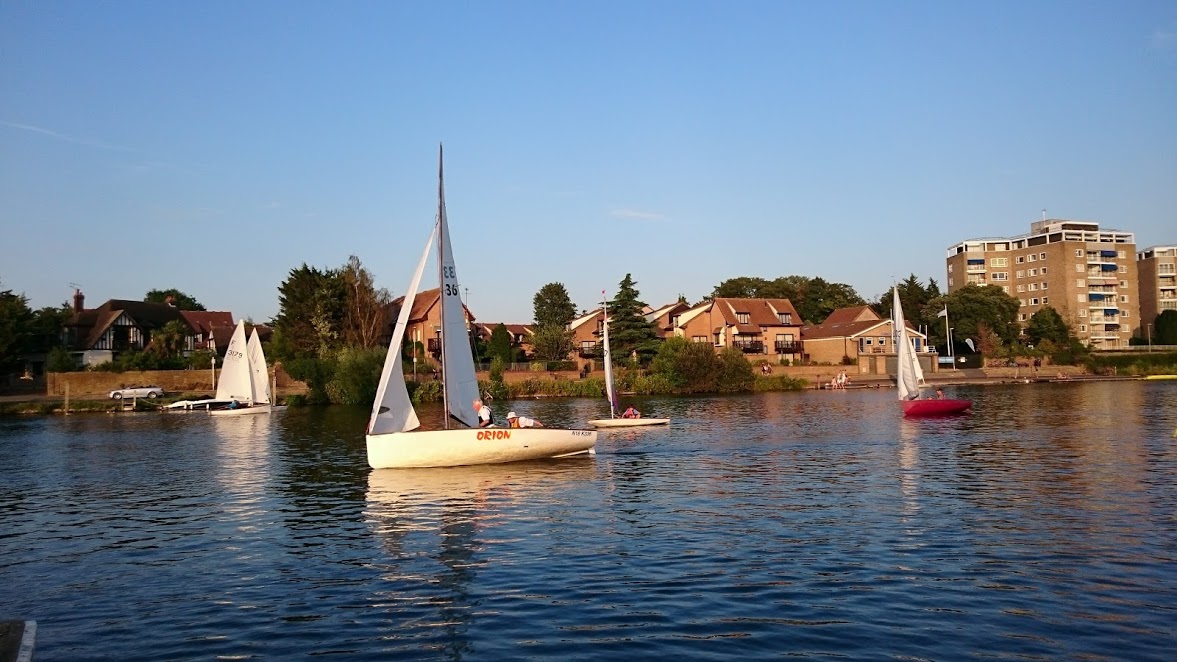 Last Thursday’s evening race was run with a reasonable amount of wind for most of the race and generally from the south or thereabouts giving us a decent beat up stream.

Eleven boats, including a Topper helmed by Henry Medcalf, had a good battle with concentration needed to avoid some of the wind holes along the course, particularly around the upstream mark.

John and Zoe Adams in their Merlin, Precious, made a good start and although they were swallowed up on the first run, managed to wriggle free, keep their wind and retain their lead to the end, both on the water and on handicap.

Behind them Tim and Ed Medcalf in Firefly Scallywag, Peter Johnson in his Laser Zhik and Alan Green crewed by John Storey in National 18 Orion swapped places throughout the race with Alan coming through at the end to take second on the water with Peter behind him and Tim and Ed in fourth.

On handicap the position were reversed with Tom and Ed in second, Peter third and Alan and John fourth.

With four races sailed and some keen participants, three boats, John Adams in Precious, Tim and Ed Medcalf in Scallywag and Alan Green in Orion have qualified with positions so far in that order.  However with five races ​still to go the series is wide open.

With the normal catering crew on summer holidays a tasty supper was prepared by by the House Committee led by Nicky Johnson, aptly rounding off one of the hottest days of the year and a glorious sail in a balmy summer breeze.