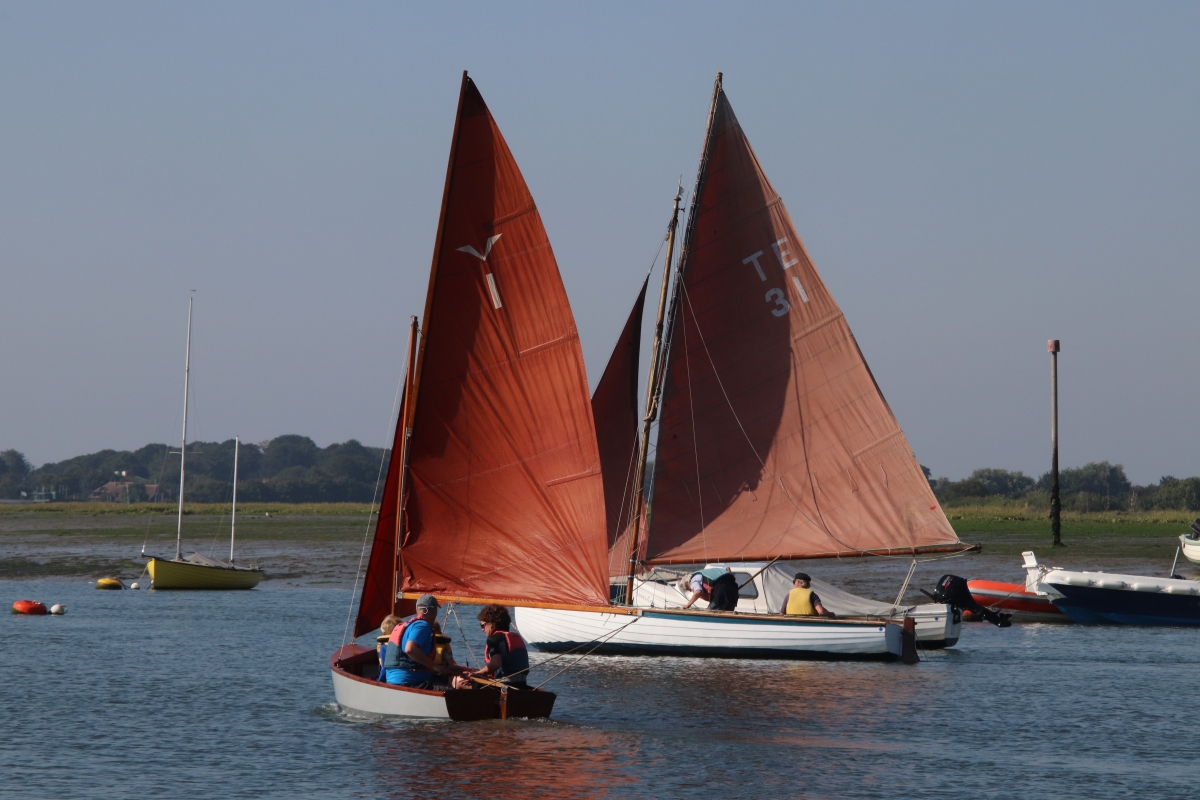 The 2018 Classic Boat Revival hosted by Bosham SC was combined with the 100th anniversary of the birth of Ian Proctor, renowned boat designer and sailor.

Boats of many classes came from far and wide, including the first Topper, various Ospreys, Wayfarers, Bosun nr 1, Gul nr 1, Tempests, Wanderers, a Mini Sail and so on.  Genevieve was present as the first fibreglass National 18, which was designed by Ian Proctor.  She was the only plastic National 18 competing – the other 18s were all clinker built.

The fleet was treated to some champagne sailing on both days.  The south easterly wind meant it was impossible to lay the desired triangular course, so the large fleet of classic boats were treated to an exciting trip round the cans in Chichester Harbour.  Saturday was rounded off by a tasty meal in the clubhouse accompanied by an excellent guitarist.  The prize giving took place on Sunday after

Over 100 guests sat down for the Ian Proctor Centenary dinner on Friday night.  The speech by Ian’s son was a real eye opener to his father’s considerable talent.

Our thanks go to Andrew Young for such fantastic organisation over the weekend.