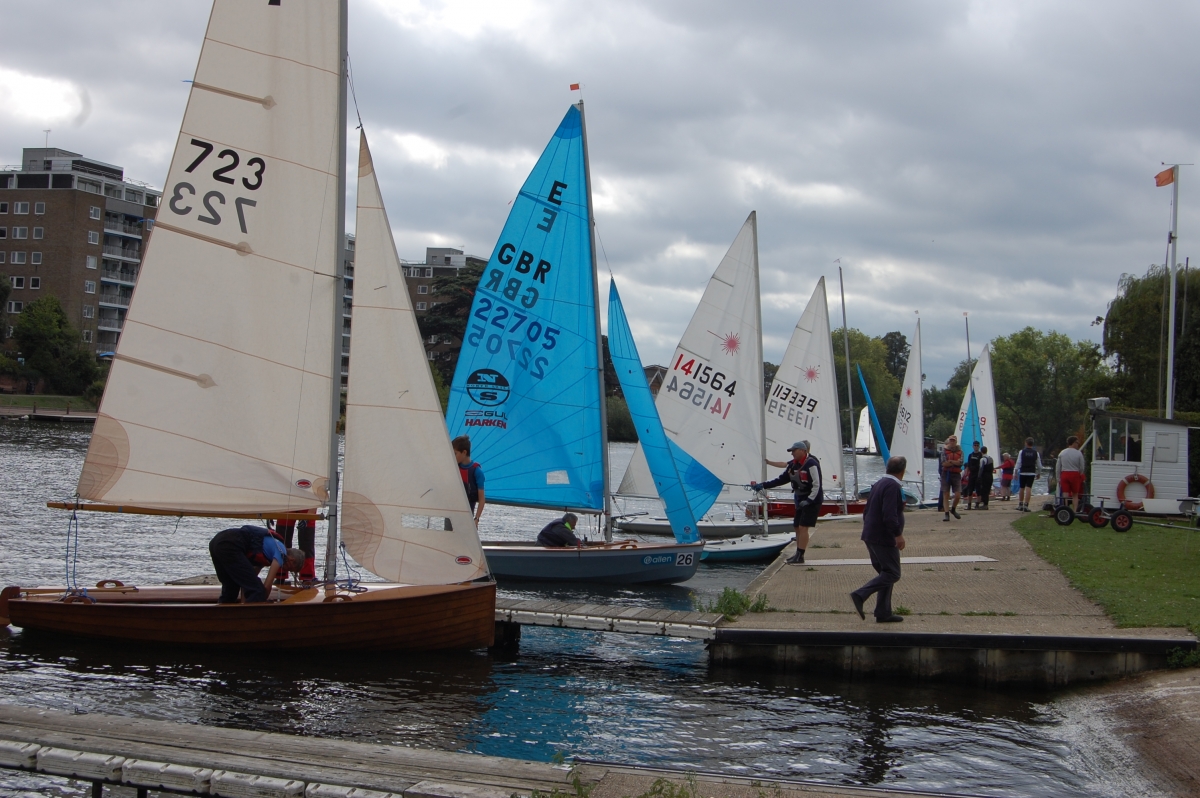 We woke up to a blustery south westerly which got stronger as the day went on.  Tamesis welcomed several visitors from Minima YC in the shape of three Lasers and three Enterprises, together with many home grown competitors very new to racing most of whom are taking part in the RYA sailing instruction courses.

Race Officer Alan Green sent the fleet halfway up the Canbury reach.  We had a beat and a run interspersed with several windshifts.  A welcome change from the drifters in recent weeks.  The third race took place in front of the club.

Albacore Cobblers sailed beautifully by David Baker and Jim Green left the rest of the handicap for dust, despite the Enterprises being sailed very well.

The Toppers were won by Henry Medcalf, sailing very well to complete every race.

The two National 18s were unable to compete in the last race, but Optimus Prime’s first outing at Tamesis with Kaan Yargici at the helm crewed by co owner Matt Jones and Zephyr sailed by new owner Henry Defries with Jenny Defries were a welcome sight.

The Merlins started with four boats, but Berry Ritchie and Sue Harris in Crescendo were forced to retire with a considerable leak.  Tim and Veronique Medcalf won two of the races from Peter Johnson and Paul Jamieson in Shoestring.  Barry Mourant and Ian Ramage won the first race in Fair Kop.

With three out of three races to count the results were as follows:

Thanks to Race Officer Alan Green, assisted by Susan Green and Jan Prince, together with Patrol Boat Stewart Colley and Chris Starr, and Howard Thatcher and Ellen Schwartz.  Overall organisation and entry taking/results was handled adeptly by Brian and Caroline Timbrell.  Handicaps were worked out by Chris Pollard