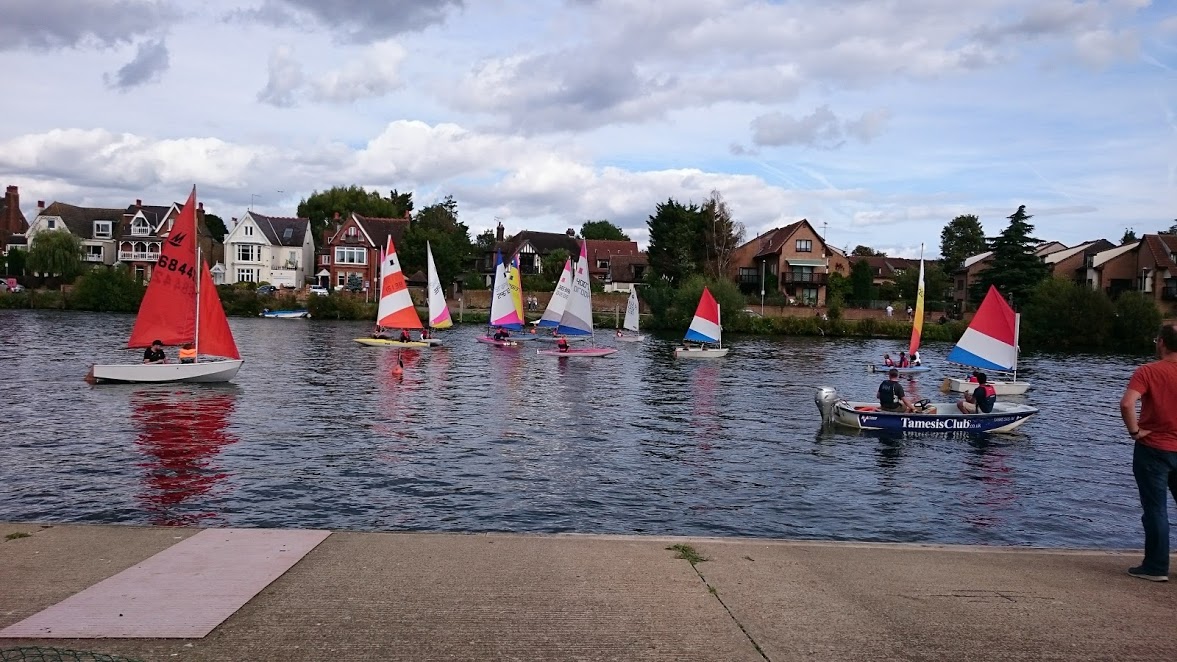 On Saturday 15th September the Cadet sailors at Tamesis held their annual regatta, 12 sailors in all, 8 Toppers and 3 Optimists took to the water for a two-race event sailed in a 5 – 10 westerly breeze.  The OOD set a challenging Course P with a short upwind leg across the river, which all of the Cadets negotiated to complete two laps per race.  The winner of the Toppers was Matt Valentine, followed by Tom Harris with Mattie Key in 3rd, the winner of the Oppy class was Sara Krueger, followed by Huw Mclaughlin and Sebastian Hoo in 3rd position.

After the prizegiving, the Commodore Carolyne Vines formally opened the newly renovated Cadet facility cutting the ribbon beautifully designed by Bella McDonald and thanking all those who had been involved in the design and building of the new veranda.  (namely Sue Yargici and Kaan Yargici for the idea, Colin Stokes for design and considerable admin, and last but not least, Charles Fox for such a super building job)

All of the competitors and helpers were then rewarded with lashings of tea and cake.