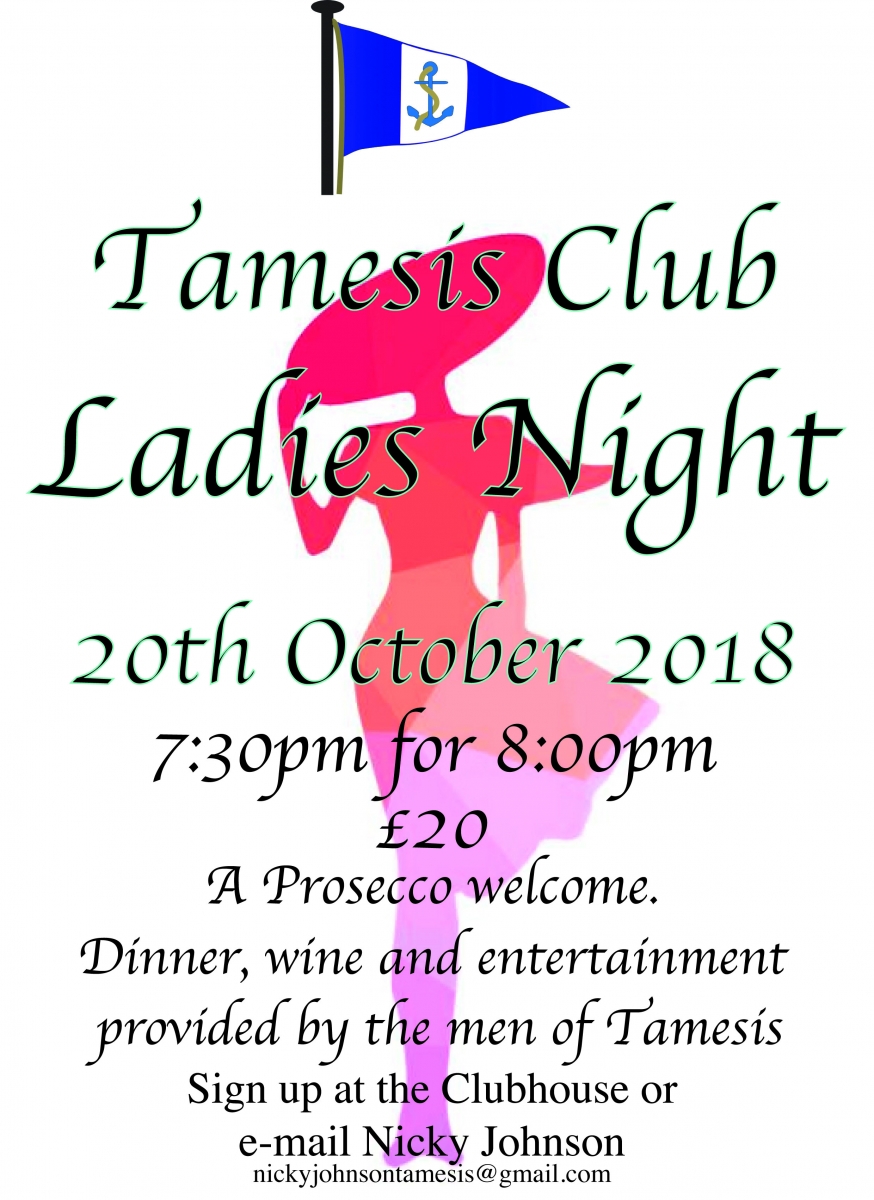 The evening opened with a welcome Prosecco for the party of 27 ladies all dressed in their finery, followed by a four course dinner prepared and cooked by the gentlemen chefs in proper chef’s uniforms which was then served by the gentlemen waiters in their DJs  -Colin Stokes, Robert Blakebrough, Marcus Chavasse, Chris Pollard and Jim Green, with help from John Harris.  The delicious meal was interspersed with highly competitive games and a musical interlude.  By popular demand Colin ran the much loved Pictionary competition which was won by  Table 2 and this was followed by Vice Commodore Chris Pollard singing the song ‘Statues’ accompanying himself on his guitar.  Jim Green compered and  ran the table quizzes the first of which was won by Table 1 and the final quiz was won by Table 2 who had obviously spent far too much time watching TV!