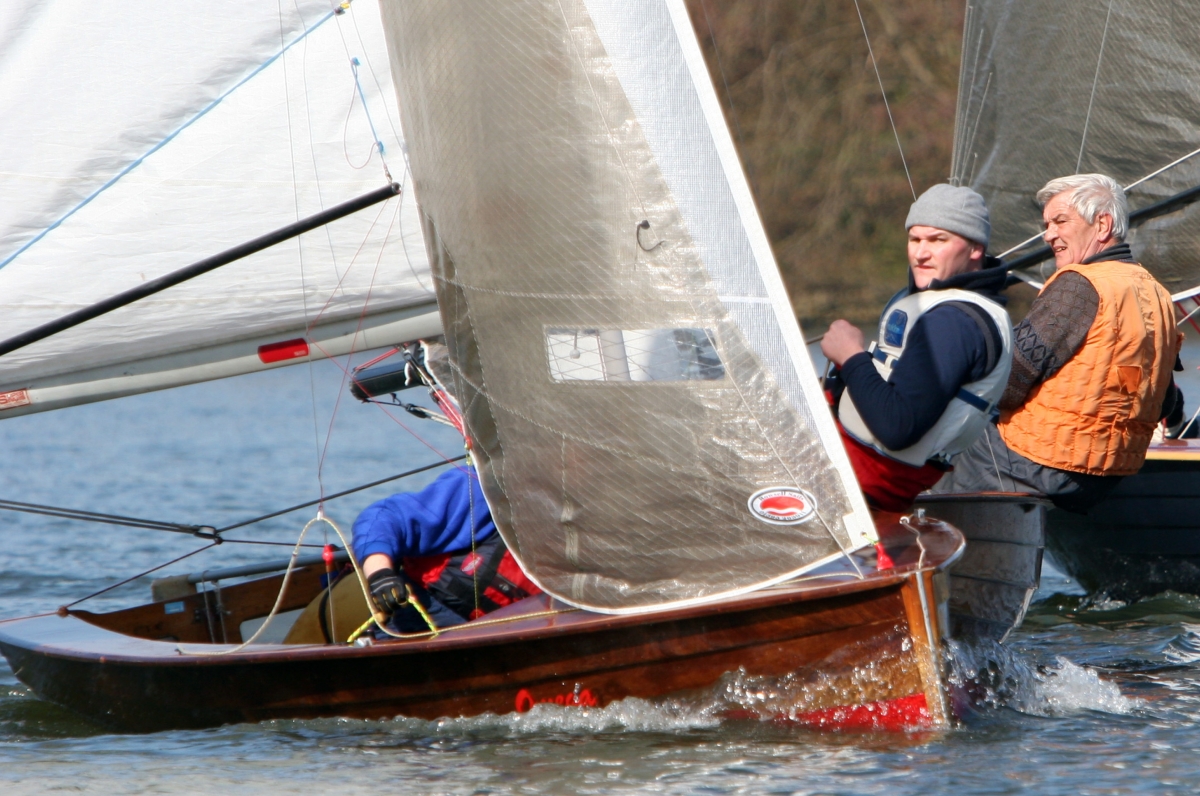 It is with great sadness we have to announce the death of John Harris, renowned Merlin sailor, and very long time member of Tamesis.

John had a very serious stroke two weeks ago, and never recovered.  He slipped away on Thursday 15th November in Kingston Hospital.

We will remember him for his winning ways in his merlin Passing Cloud. He won six Salcombe Merlin Weeks- a remarkable achievement. He also won the Silver Tiller circuit one year.  When he stopped sailing he always ran the Sondown Cup which is the merlin open meeting. He was a massive font of knowledge about merlins and sailing in general, an inspiration to many.

He was also one of the founders of the Tamesis Bridge Club.

The cover photo was taken from the banner originally sited on the changing rooms, clearly visible from the club entrance.  Thanks to Tom McLaughlin for finding the original, and thanks to the photographer who ever they are for taking such a fantastic shot.