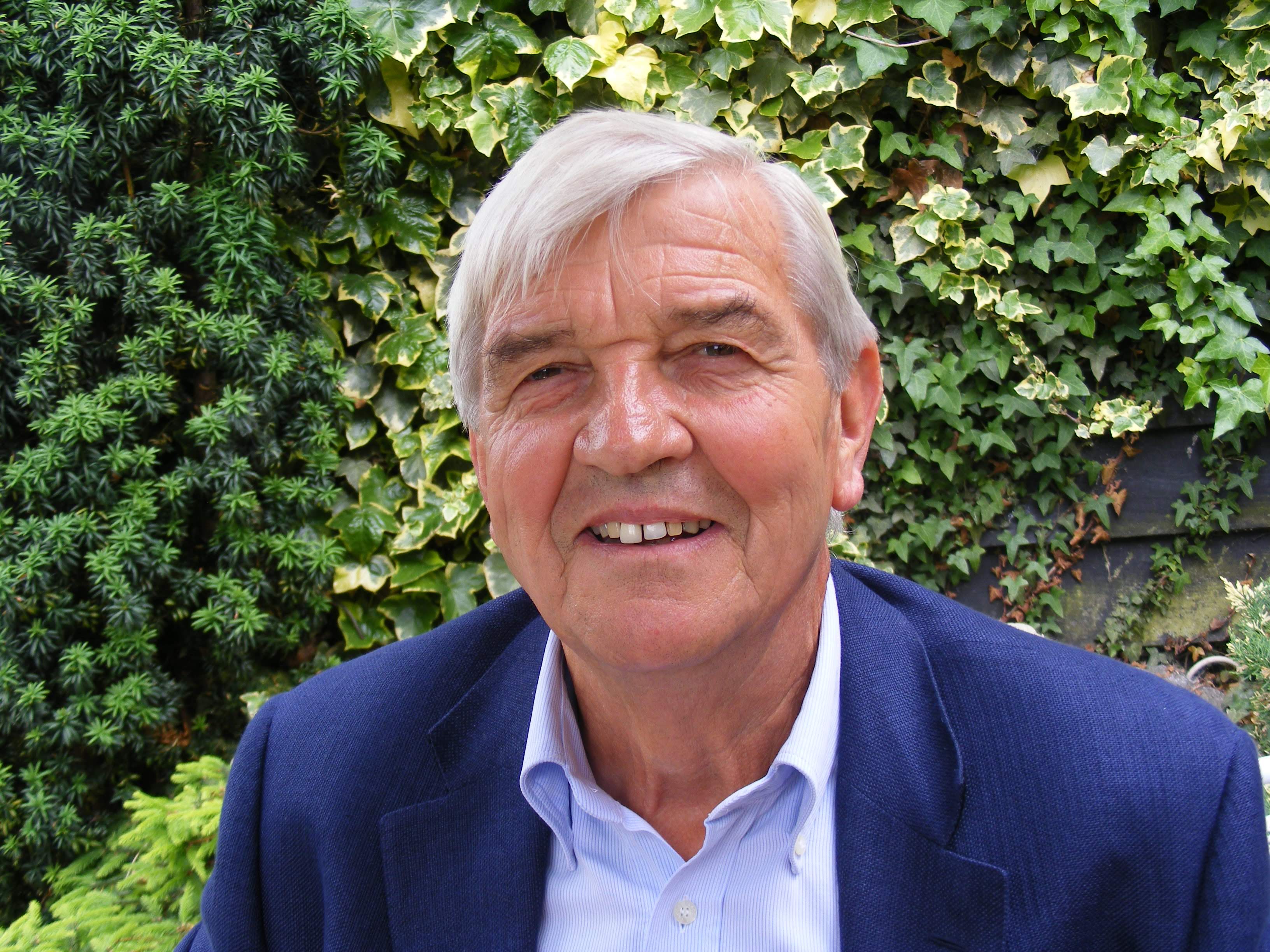 John Harris’ funeral was held yesterday at Mortlake Crematorium and the wake was at the club.  Both the crematorium and clubhouse were absolutely packed.

The service was very moving with tributes from Brian Southcott, Sara, Maddy and Andrew.  Andrew’s and Sara’s tribute are below.

There were family flowers only.  We are asked to make donations to the RNLI.

I grew up in Kingston-upon-Thames in a house on Park Road, number 98, with two elder siblings Richard and Sara, my mother Sue and father, John.   We have grown as a family since then adding a new generation, but have also lost a few along the way, that is the nature of family life.   Today we mark the passing of my father, John, Grandpa, Grandad John, Dad.

Early memories include greeting him when he came home from work, always great excitement, games in the garden after a short nap, swimming at weekends and bags of crisps and Bovril after Little League on a Saturday, he always came to watch the game as he did for his grandchildren.

Dad was first and foremost a Merlin Rocket sailor, there is a rich family history in the class.   He had great success, but the Champs of 75 was his demon and I often saw him wince at the memory.   But there are other memories; Salcombe was Dad’s favourite place, it is the Harris family holiday and he wouldn’t miss it.   Taking the children out of school to attend the week was considered part of their education!    We have so many friends from those days and really special memories of the times spent on Mill Bay.  There is also a competition during the week and winning  Merlin Week six times were some of Dad’s greatest achievements, my earliest memories were watching him win races, it seemed to be the norm, but actually so much harder than it looks.

Dad, wasn’t just a sailor, he was a true all-round sportsman, he played club level squash at Wimbledon and Mid-Surrey Squash clubs and he was a single figure handicap golfer.  As a father he passed on his love of sport and golf to the whole family, caddying on a Saturday morning was a serious business, but it paid well.

Arcoelectric was his place of work, mysterious and noisy, with machines pumping out plastic moulds, oddball chararcters and the smell of grease, but, I always got the feeling he would rather be doing something else.  He used to renovate boats during his lunch break!

Dad owned many boats, I remember going with him to rescue Passing Cloud, he needed a boat and had the idea that Passing Cloud could be competitive on the river.   The boat at the time was in the racks at Ranelagh and looking a little bit sorry for itself.  We were in the process of extracting her, when a member came along and asked us what we were doing?   “You can’t take that boat away, there are mooring fees to pay”.   “Try and stop me” came the response.

The rest is History, and I think some of the success of the Merlin Rocket vintage scene is down to the example set by Dad in Passing Cloud.  There may have been other enthusiasts renovating boats and sailing them, but Dad showed us that you could win.

The weekend after Dad died Richard and I raced at Tamesis, Berry had lent me Crescendo and Richard was sailing Passing Cloud, it seemed appropriate because even though Dad had great success in Passing Cloud, Crescendo was always his nemesis.   It was a Southerly breeze and the course was set with a leeward mark above the island toward Kingston Bridge.  That is a lovely stretch of river and when the wind is in the right direction not unlike the beat from Yalton, like a conveyer belt if you get it right and a total mystery if you get it wrong, Dad always got it right.

It was a nip and tuck race as it always is, until the moment I managed to sail into a tree, which ended up being a tricky situation trapped between two moored boats, a lee shore and the top of my mast stuck in very sturdy Y shaped branch. Richard sailed away without offering any help.    For me the race was over and after 20 minutes or so once I had extracted myself, I was able to sail out under jib, reached the middle of the stretch and hosted my mainsail and sailed toward the mark, it was a lovely moment; we were all alone, there was a nice breeze and the winter sun was shining I shared it with Dad.

There are many other stories and I welcome you to share your memories with us later.

Sitting in his chair, fire alight,

The odd snore here and there,

At the dining room table,

The Daily Telegraph cross word at the ready,

The cogs are turning,

Perhaps a coffee and bacon sarnie.

Salcombe, always a place in our hearts,

Wind the handle to start.

Spot the Bloomer, gave some laughs.

And crabbing on the pontoons was always a big part.

But the dam busting on Millbay, will always win the day.

Tamesis is where we learnt to sail,

And where we followed his steps,

From Cadets to Merlins, old and new… the river has taught us well.

The swimming, the water fights, the laughs and our friends,

So now Dad you can watch from the Passing Cloud

And be sure, when we are were sailing by, to give us… that magic puff.

I will miss you Dad.

I wanted to speak today in memory of my grandpa. He was a very special man and was loved dearly by us all. I would like to think he is here today listening and smiling to all we have to say.

I have such lovely memories of the time we spent together from when I was little on Salcombe beach playing with his expensive watch, to only a couple of months ago, making him one of his favourite puddings, apple crumble, when he came round to ours for dinner.

For those who don’t know, I was grandpa’s favourite granddaughter. I could get him to do anything I wanted. When I was younger I used to sit him in his chair and I would pretend I was the doctor. I would wrap bandages around his arms and measure his legs . Why I’m not sure? But grandpa would just sit there and smile.

The first Saturday after grandpa died felt very strange and sad in our house, because for as long as I can remember Grandpa has spent every Saturday with us, whether it was to watch Harry and I  play football when we were younger, or to more recently grandpa came around to our house for his weekly lunch.

Words can’t describe how much I will miss grandpa, but I know from being with him in the hospital, he is now in a better place.

He died peacefully just after we all said goodbye to him.