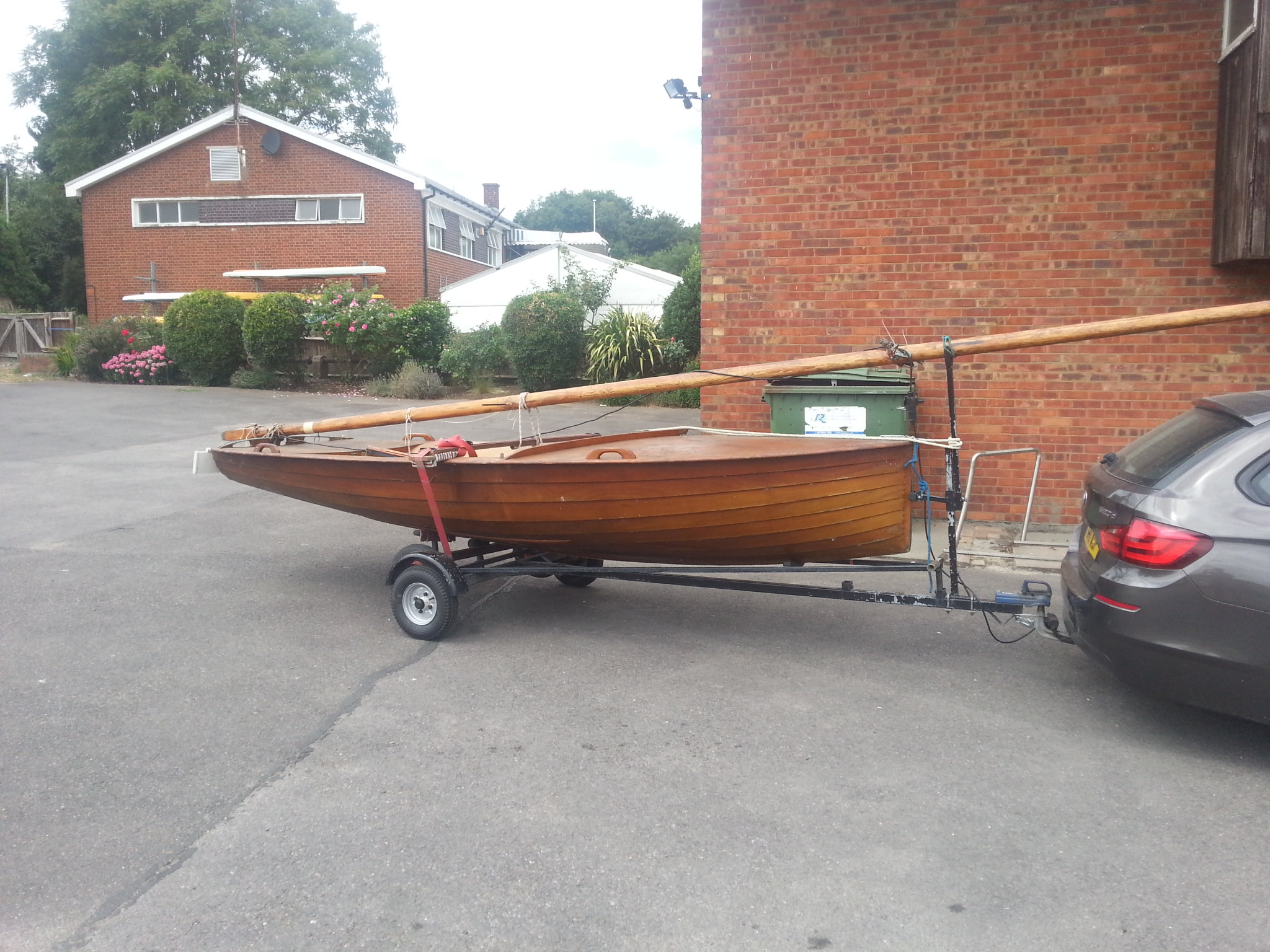 Merlin Rocket number 596 ‘Samanda’ has returned to Tamesis Club after a gap of more than 60 years.  She is a Jack Holt Martine design and was built in 1955 in Putney.
The Merlin Rocket yearbook show that she was owned by Mr Lindsay in 1958 and the Tamesis archives record that she raced at the club until about 1960; later records don’t mention her so it is assumed that she moved clubs at about that time.
She is in original condition but needs extensive cosmetic refurbishment having most recently spent 15 years under a tatty cover in a Kent-based Sea Scout group’s boat park.  Many of her heritage features will be retained but her structure will be reinforced and rig updated.
The plan is that Samanda will be back on the water in time for the Summer racing calendar where she will be able to renew her rivalry with Merlin Rocket 607 ‘Crescendo’ which was also at the club in 1958.
Thanks to Tim Medcalf for this report