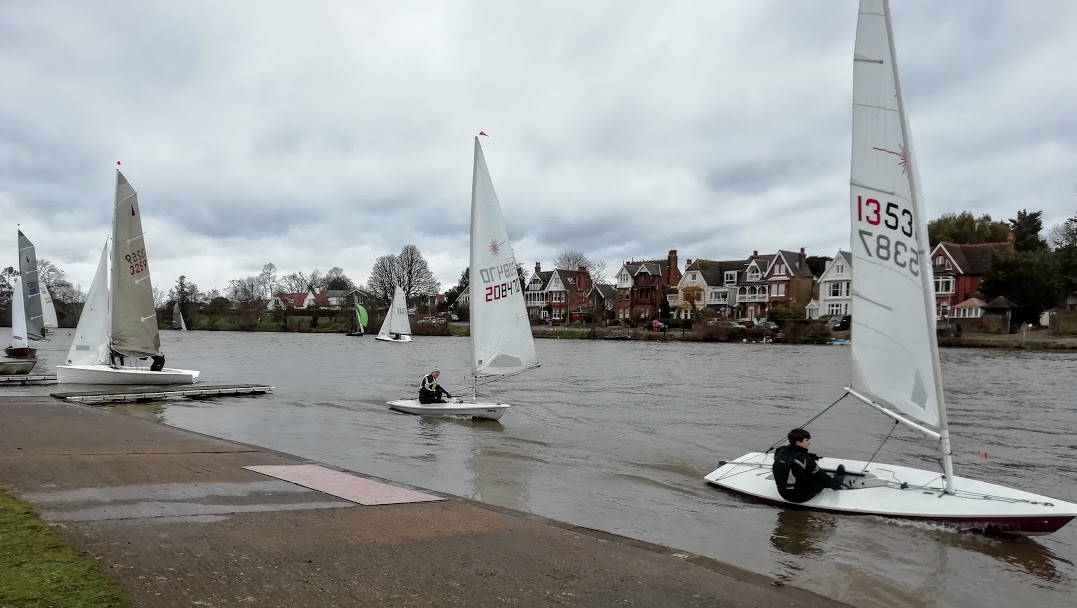 The wind swung round to a blustery northwesterly with the added challenge of a strong current.

The Lasers enjoyed some lovely planes, and were very close all the way round.  Constantin Gerber was able to beat Stewart Colley over the line.  Henry Defries who would have been up with them had a nasty capsize and had to retire.  New Laser member John Edmondson had a good go in the handicap race, but decided enough was enough.  Alan Green and Peter Konidaris had a good ride in the National 18′.