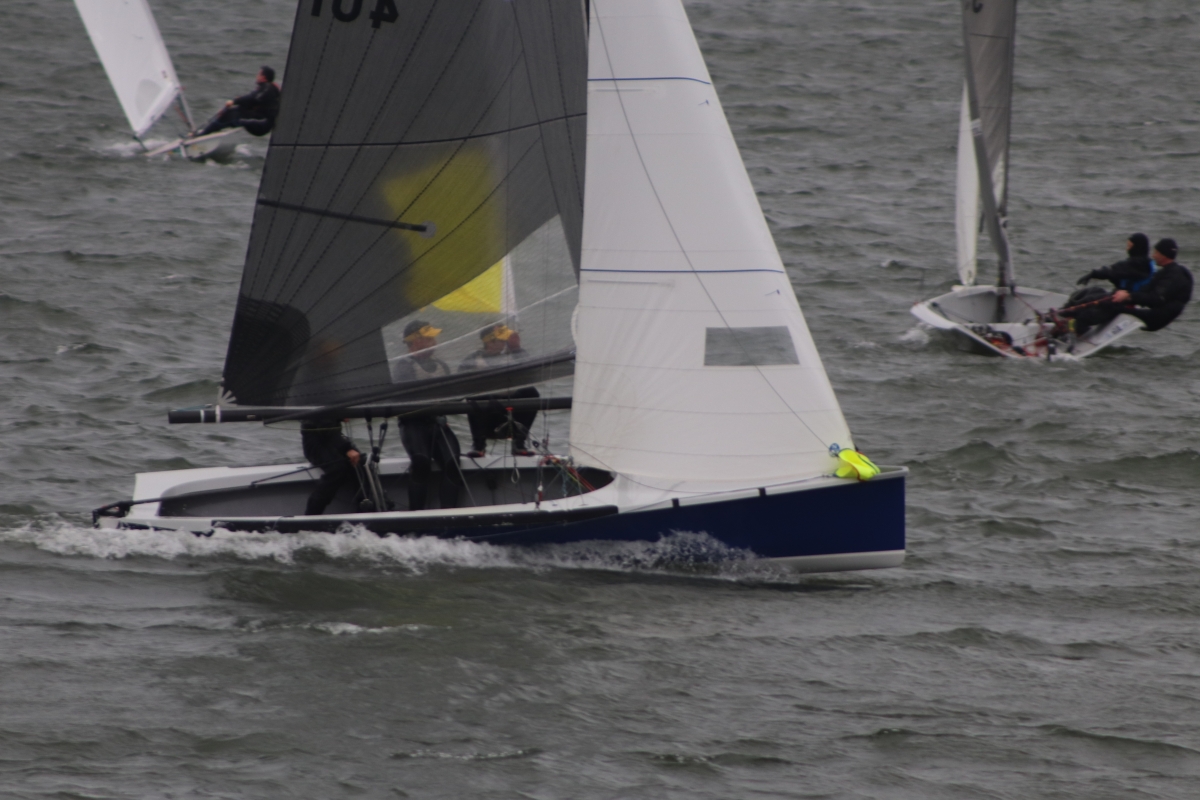 Sailjuice is the joining into a points series of seven of the big Winter dinghy regattas. All inland, the biggest is the ‘Bloody Mary’ at the Queen Mary reservoir in Staines and this attracts around 300 entries.  These events can be tough, but very often the wind and weather is not as bad as predicted and the sailing can be glorious.

The Tamesis N18s have been active and with some distinction.  Matt Jones, Kaan Yargici, Dana Church and Joe sailed at the Bloody Mary  and the ‘Oxford Blue’ in their lovely dark red ‘Optimus Prime’.   Ollie Houseman and Jeremy Vines were sailing ‘Second Chance’, loaned by the N18 builders White Formula, and competed at the Bloody Mary, at Rutland Tiger Trophy and the Oxford Blue.  At this latter event there were in fact four N18s and three finished in the first 20 overall out of over 153 starters.

Best of all in the series was ‘Hurricane’ (pictured above), loaned by Ollie and Jeremy to a trio from Staunton Harold SC in the Midlands, They competed in six events, won two of them and finished second overall.  Over 500 boats took part in one or more event and over 30 classes were represented.

Hurricane is for sale and it would be great if she stayed in Tamesis.  Meanwhile Ollie, Jeremy and Steve Watton nearly have a new boat which will be the 25th Ultra built by White Formula.  She will be ‘launched’ at the Dinghy Show next weekend.  Name and colours are under wraps till then.