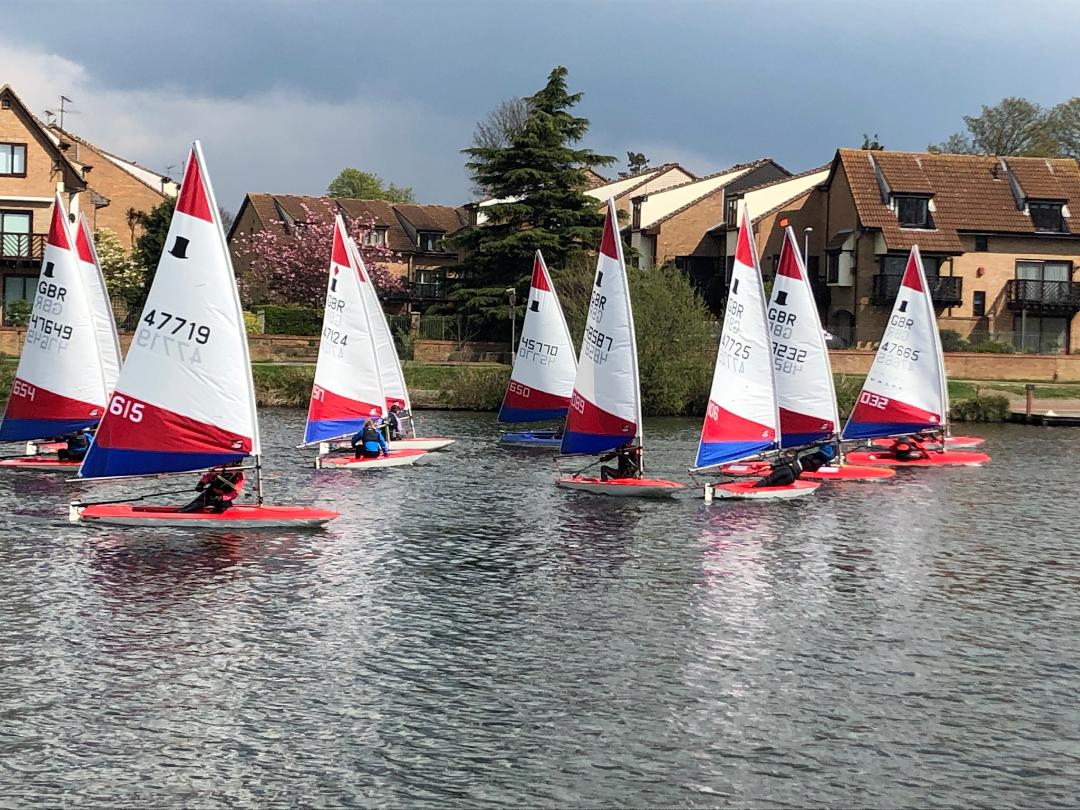 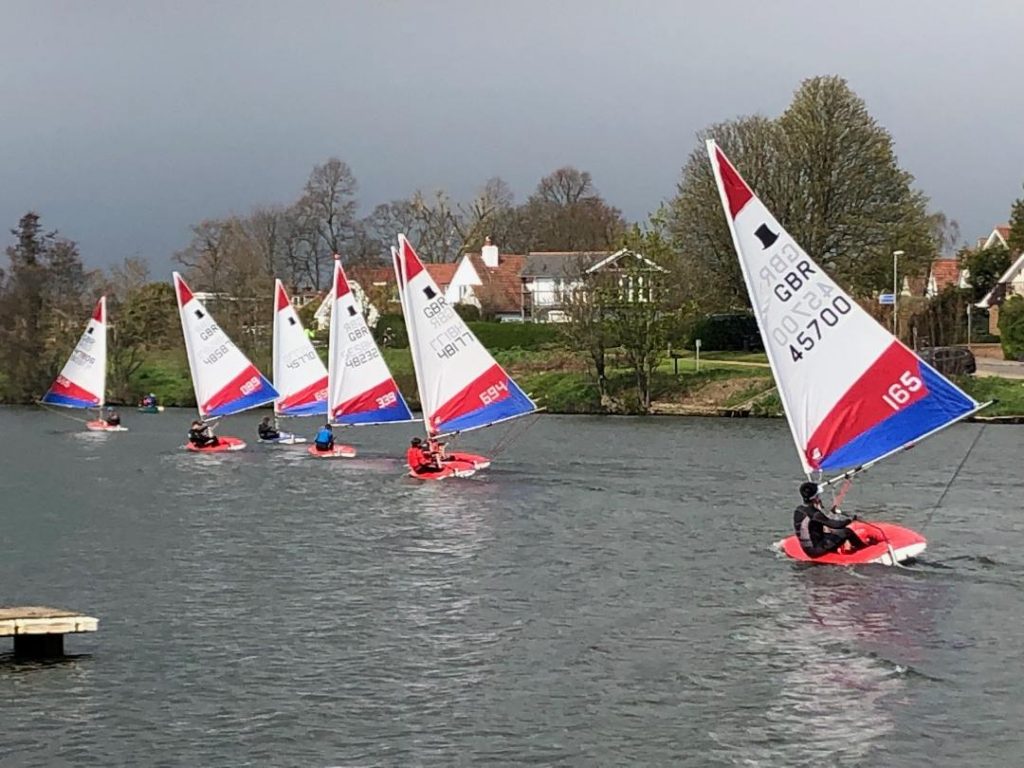 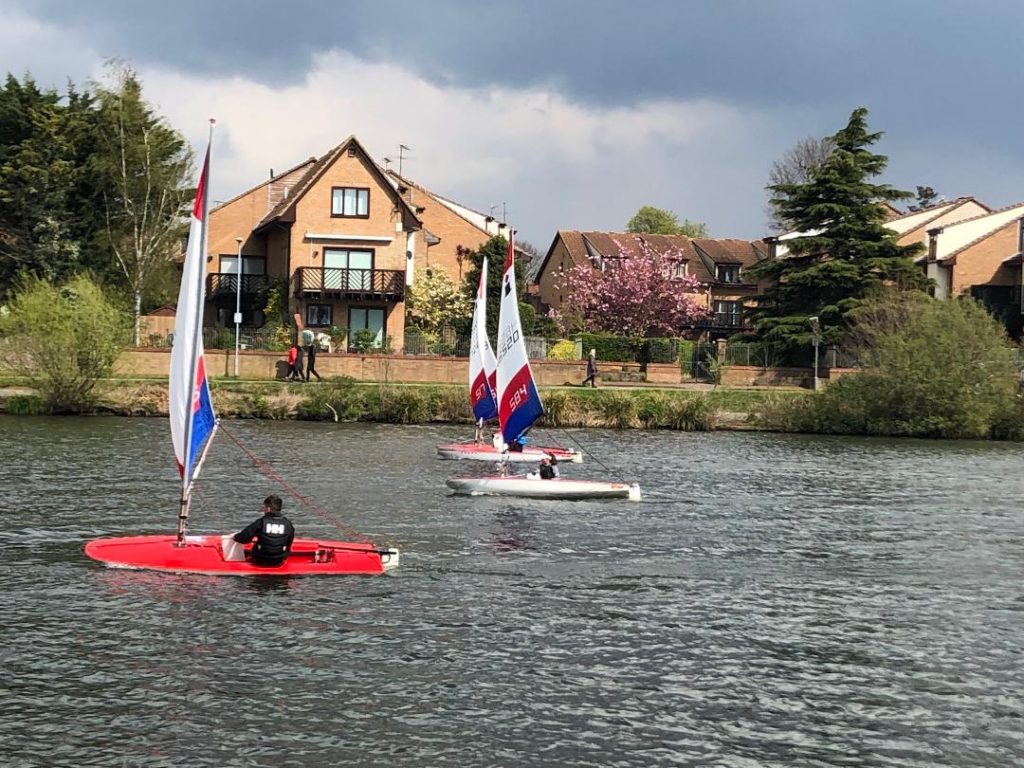 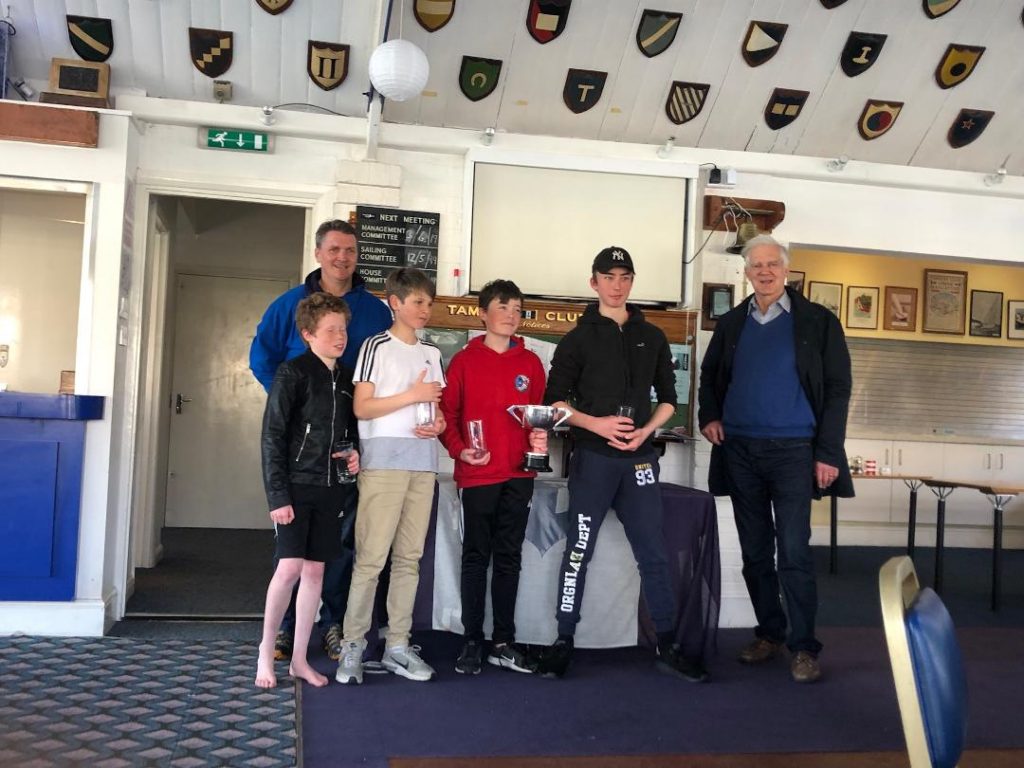 Fifteen Toppers turned out for the South East Travellers Open this year at Tamesis, competitors coming from several clubs.  The racing was close throughout.  Race Officer Andrew Harris laid a course in front of the club which took advantage of the easterly wind that was present all day.

James Crossley in 48232 and Bjorn Handley in 45770  dominated the day with a first and second each in the first two races, so the result was down to the wire.  Bjorn won the last race but retired, so leaving James Crossley who was second in that race to take the Murray Vines Cup.

Thanks to Andrew Harris as Race Officer, and his team Cherry Ehrlich, Daniel Gerber and Ian Ramage, and to Jo Carstens and her team for the catering.