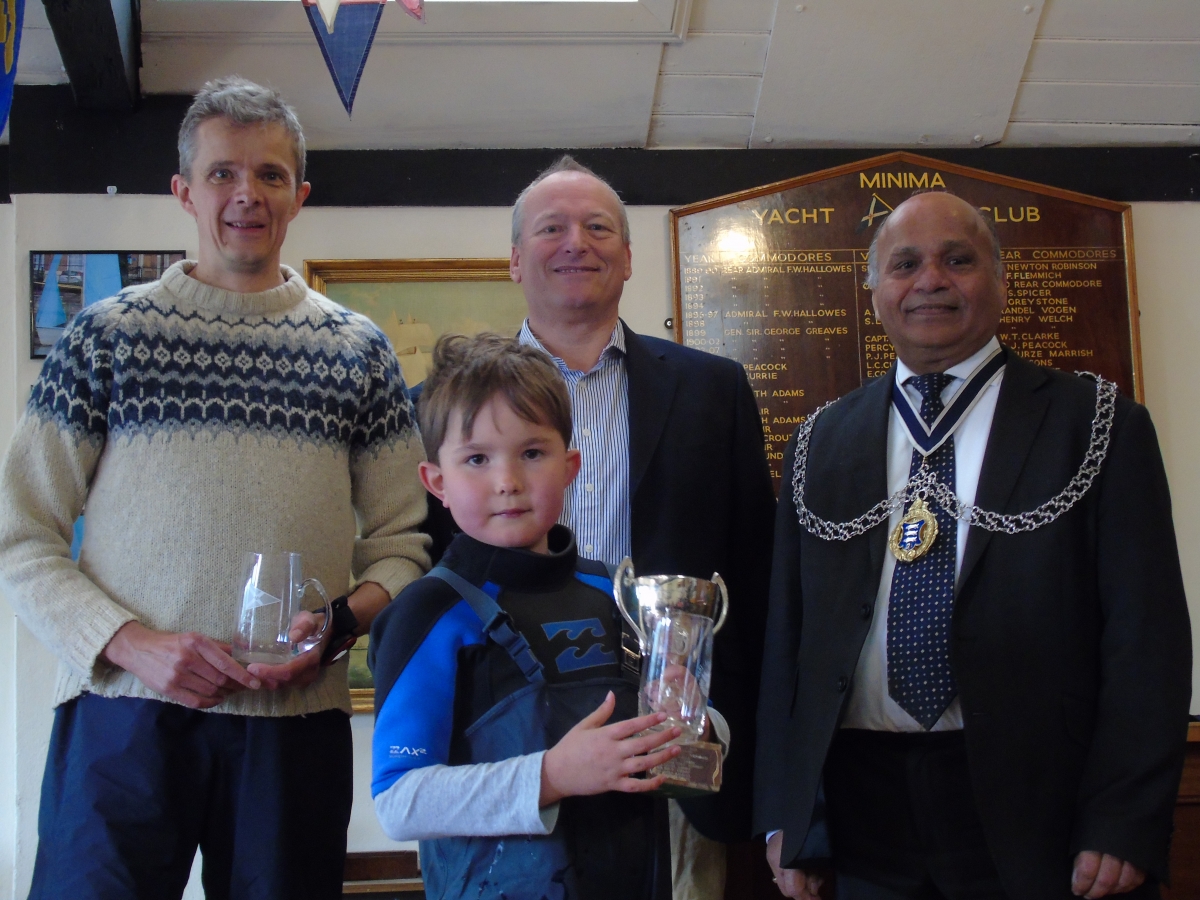 ‘Minima YC staged their annual May Merrie on bank holiday Monday 6 May.  This is a long distance race from Kingston bridge to Hampton Court and back.  A dozen boats took to the start line including Tim and Edward Medcalf in their Merlin Rocket ‘Samanda’.
150 tacks and an hour and 20 minutes later, Tim and Ed reached the turn at Hampton Court in first place and then, navigating through some typically contradictory ‘river winds’, consolidated their advantage on the way back finishing almost 15 minutes ahead of the next boat and winning on handicap.
Prizes were presented by the Mayor of Kingston Thay Thayalan and Minima YC’s Commodore.’