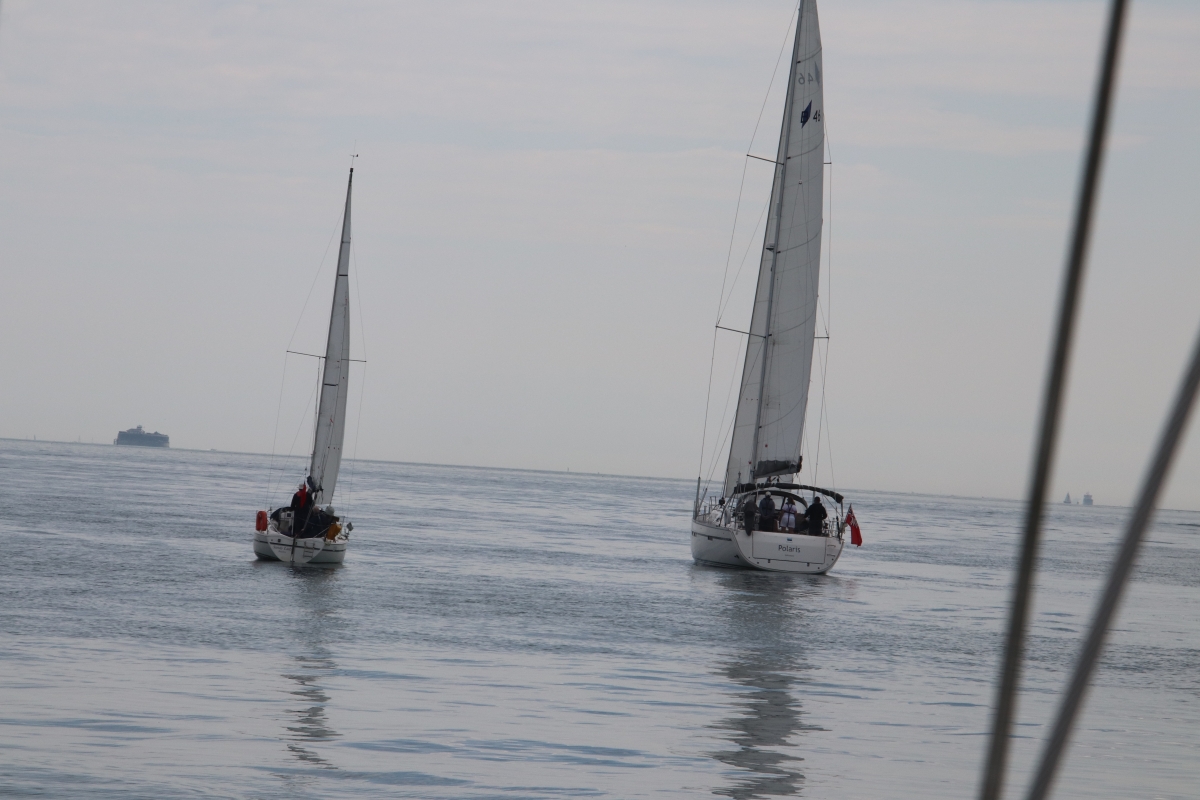 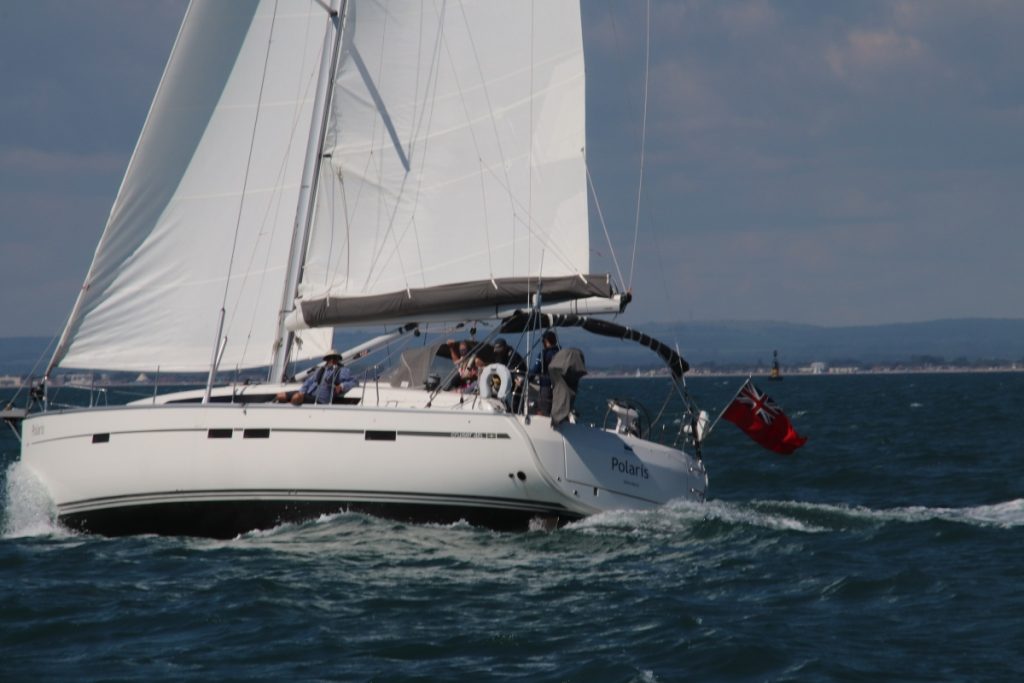 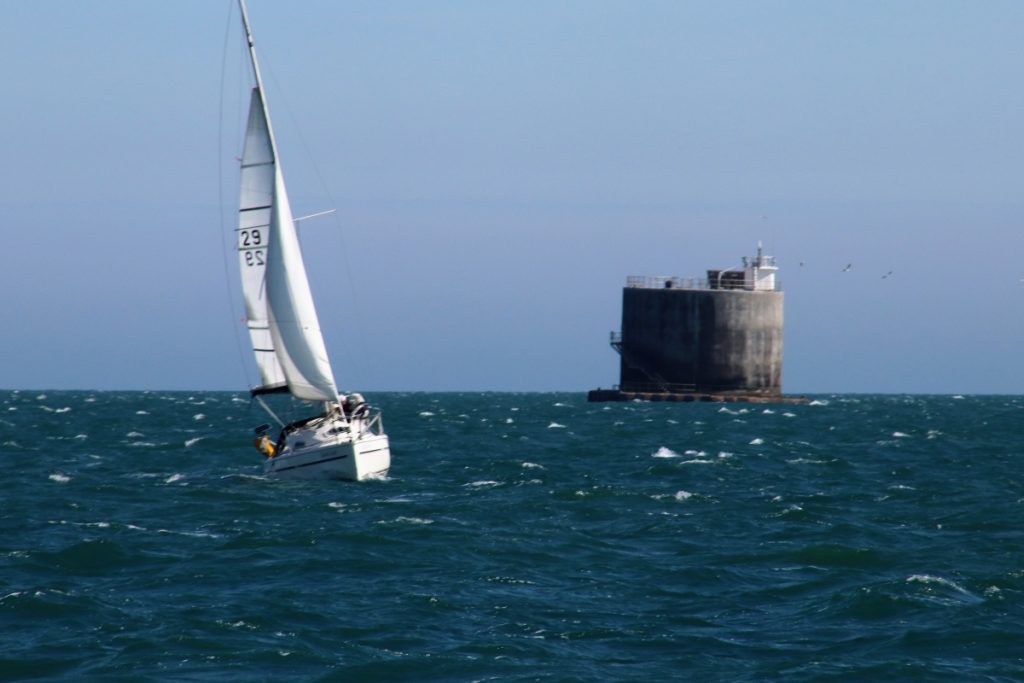 Three boats took part in this year’s Jacks Trip, supported in spirit by a fourth – Marigold – Alan and Susan Green – whose crew weren’t able to make it after all.

Daniel Gerber – Offshore Captain – organised a very interesting cruise starting off Cowes, heading towards and round the Nab Tower (to port) and back to a finish line east of Gosport.

The trio – ‘Polaris’ skippered by Daniel Gerber, crewed by Kathrin Gerber, Marcus and Nicky Chavasse, Chris and Suzy Balmbro, ‘Sandy Lady’ skippered by Jim Hamilton and crewed by Stewart Colley and Clive Mence, and ‘Barbarik’ skippered by Howard Thatcher and crewed by Garrie Mallen and Carolyne Vines started in light winds which dropped completely, just in time for lunch.  The wind picked up once we were through the Forts and continued to rise as we sailed towards and round the Nab Tower.

The day was topped off by a very tasty meal at the Light Ship in Haslar Marina where we were joined by Alan Green.  Daniel Gerber presented Skipper of Barbarik with two bottles of Swiss wine, Jim Hamilton with a box of chocolates and himself with a bar of chocolate. Daniel was thanked with an ovation, which was followed later by a toast to the late, celebrated and much missed John Dunkley, organiser of Jack’s Trip for many years.

A great day – congratulations to Daniel for getting the event going again.

Pictures are of Polaris and Sandy Lady storming back to Gosport from the Nab Tower.  Cover photo taken just after we all got going., or rather we didn’t get going.