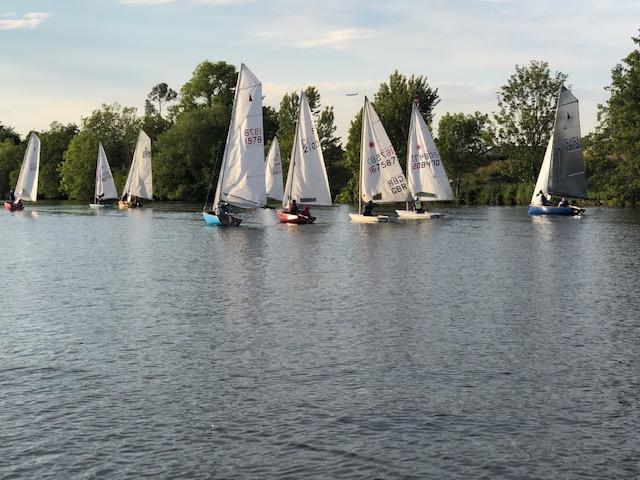 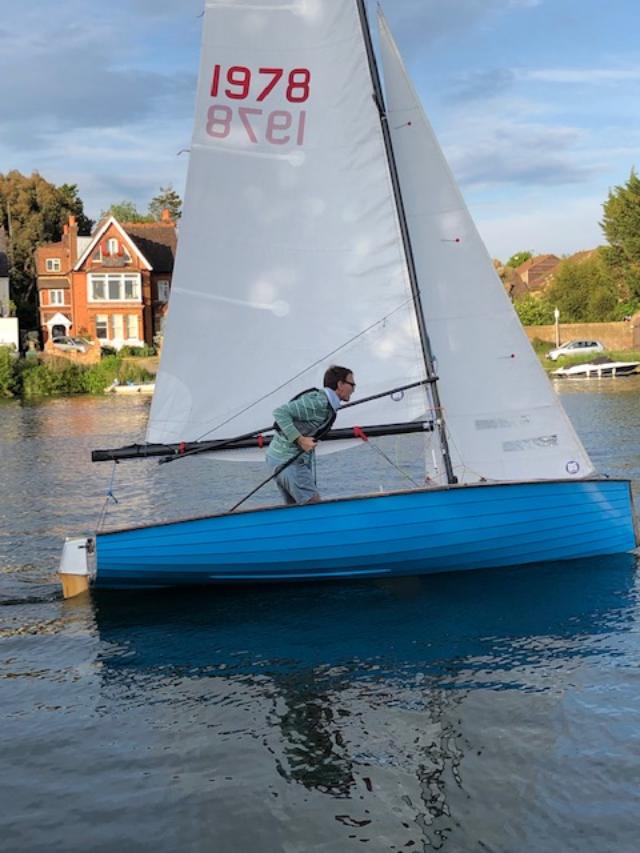 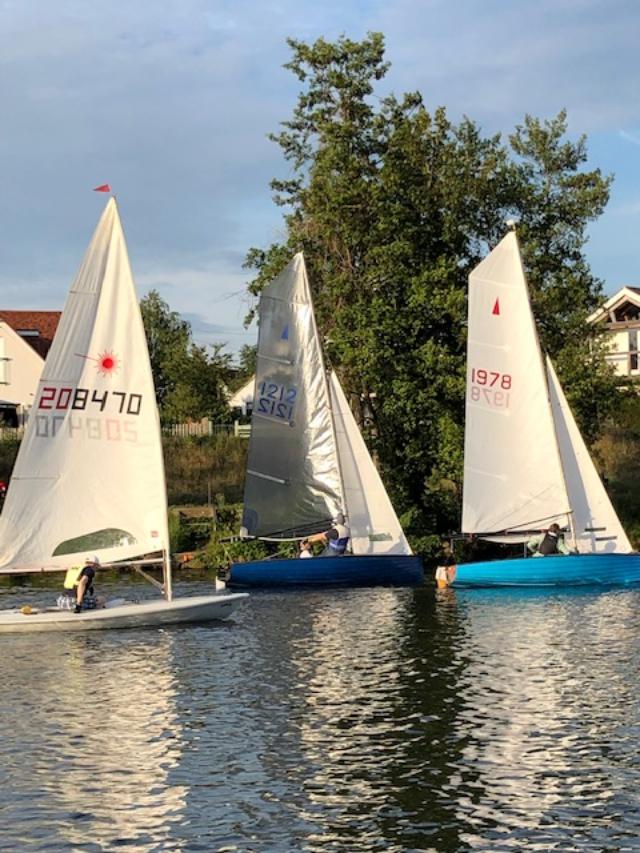 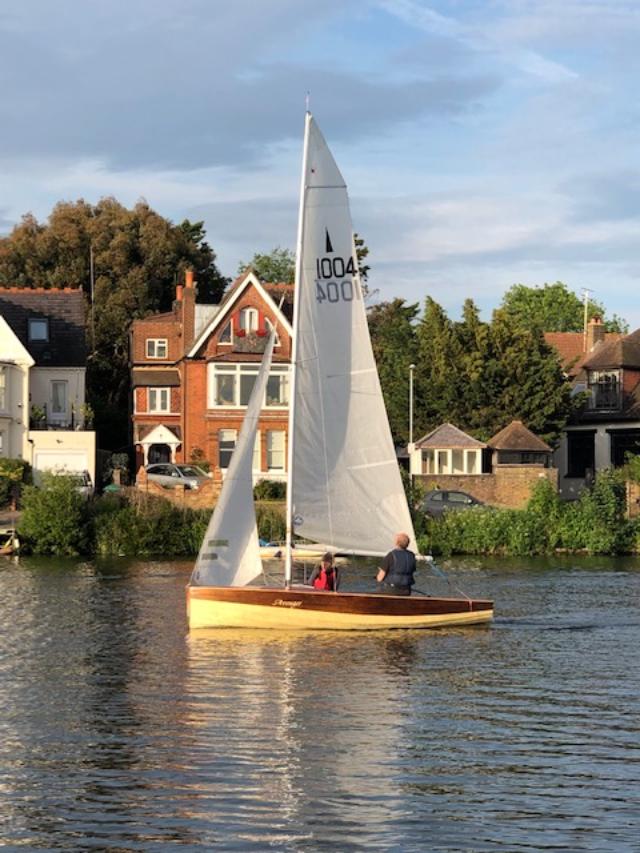 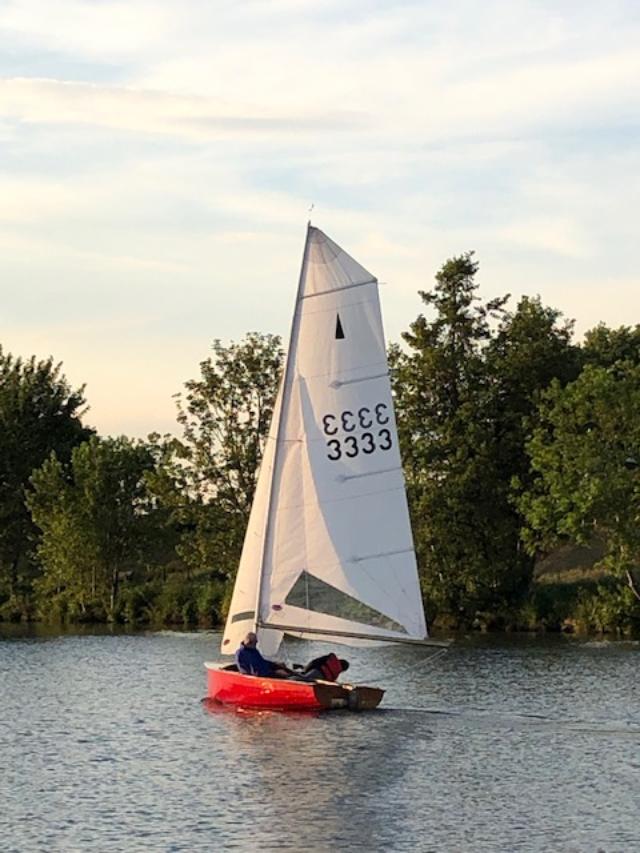 We were blessed with a reasonably good wind on Thursday 23rd giving a beat upstream and a beat/reach/run downstream courtesy of the capricious westerly element of the SSW wind.

Ten boats raced including 4 Merlins and Henry Medcalf in a Topper.  John and Zoë Adams and Saltarello opened up what they fondly hoped was an insurmountable lead only to have it inexorably pegged back by Charlie Morgan sailing Lady Anne crewless (definitely not clueless!).  Behind these two, David Baker and Sally Redhead in the Albacore battled with the other two Merlins, Avenger with Ken Duffel and Matt Valentine and Barry Mourant crewed by Carolyne Vines in Fair Kop, with David splitting the two Merlins on the water but taking third on handicap.  It was not a good night for the Lasers, beaten on the water and handicap by Tim and Ed Medcalf sailing their Firefly Scallywag, with Henry Medcalf in his Topper doing well to complete the race in the tricky conditions.

Four races have been sailed and to date the runaway leader is Charlie with 3 firsts.  However there is plenty still to sail for and we look forward to more boats coming out to challenge the early front runners.

Thanks to the talented Lesley Adams for stepping in to provide a tasty supper to round off a very pleasant evening.