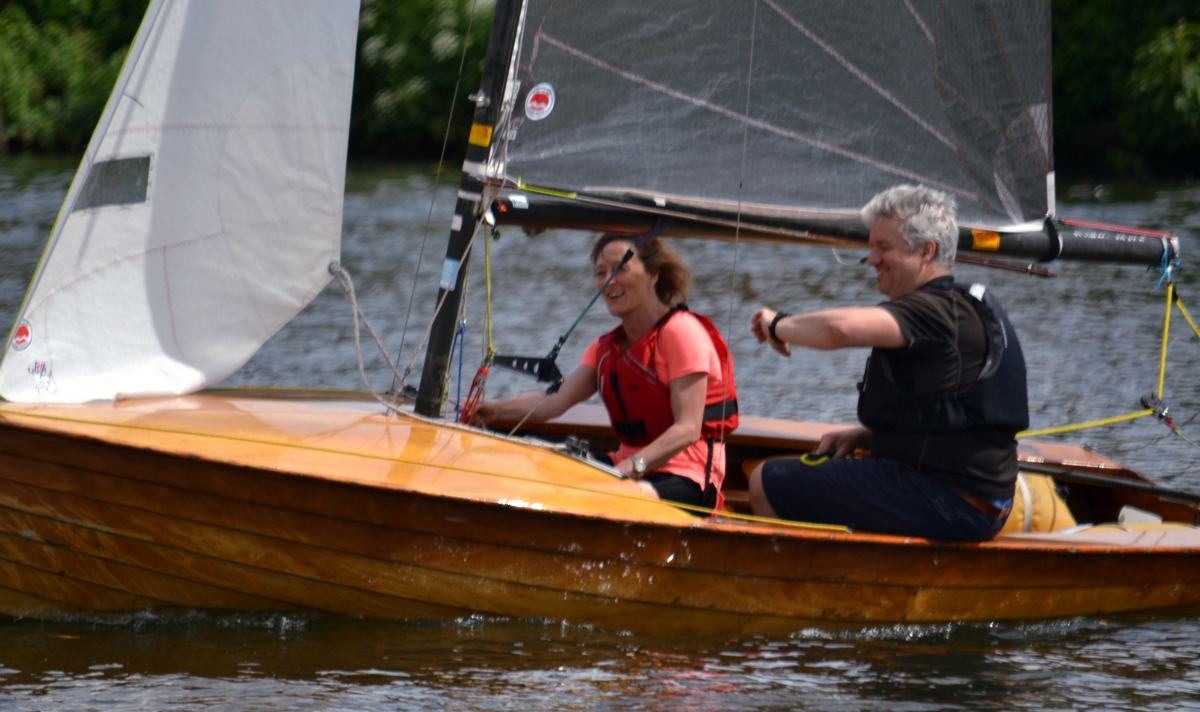 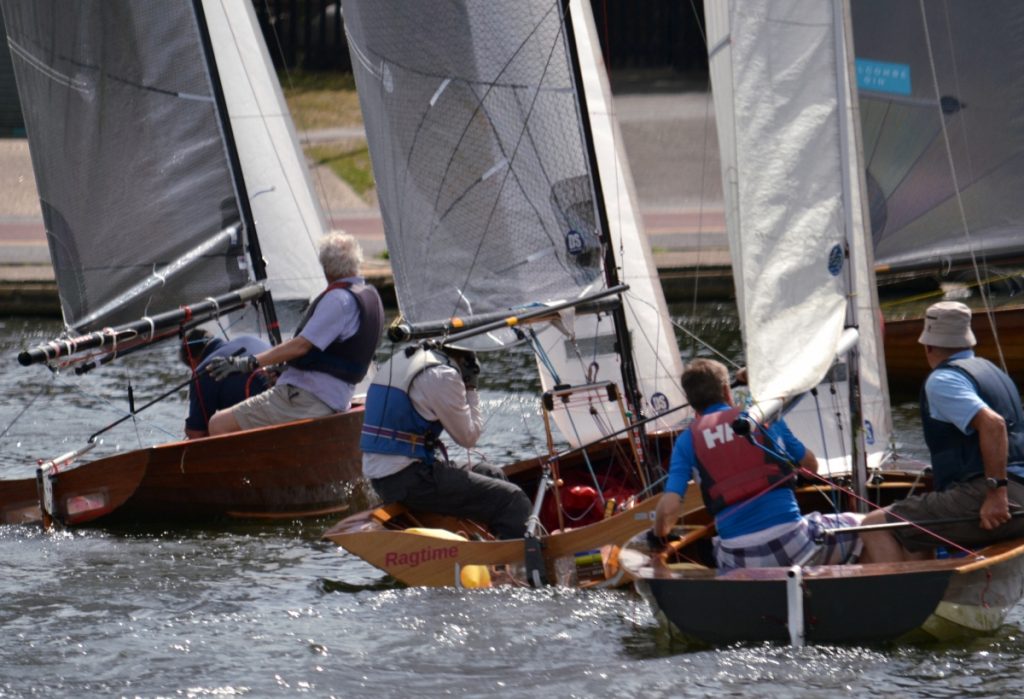 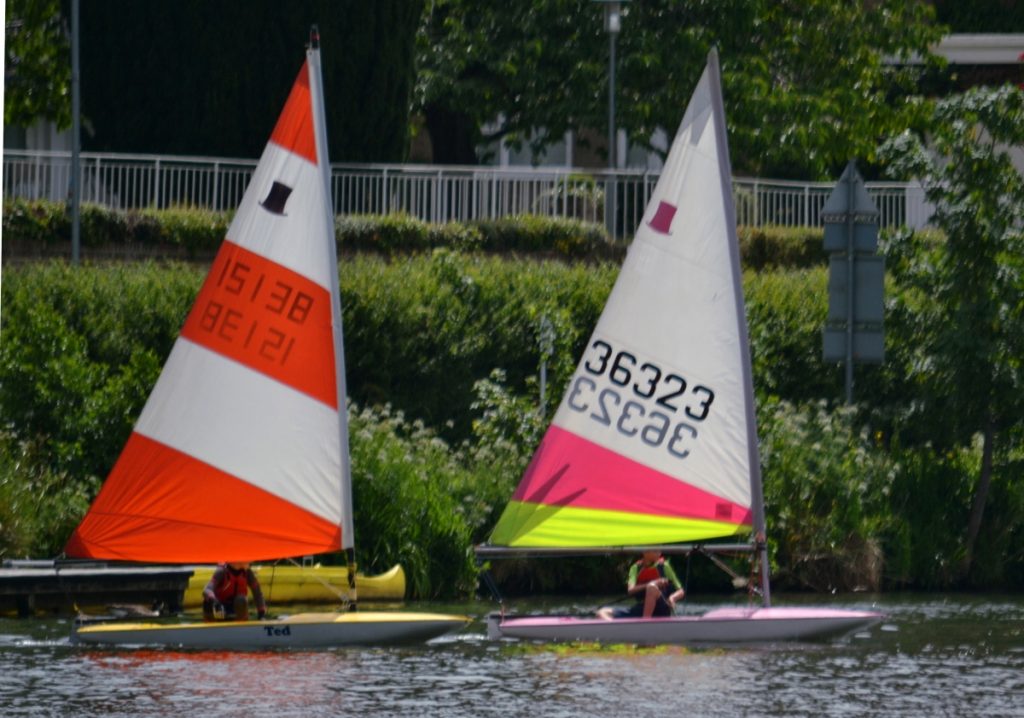 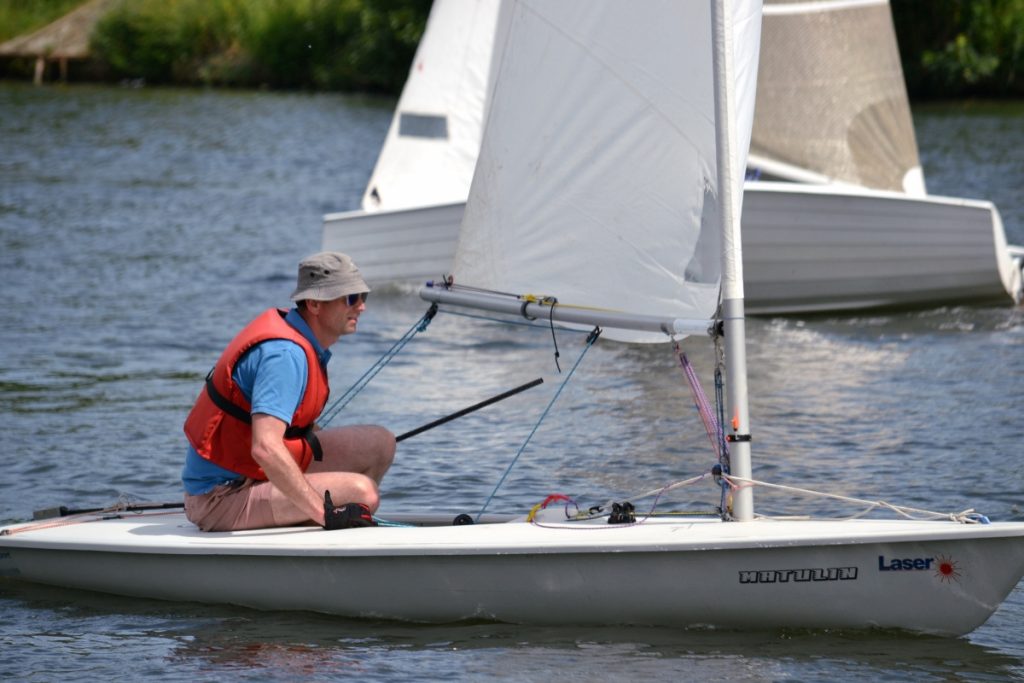 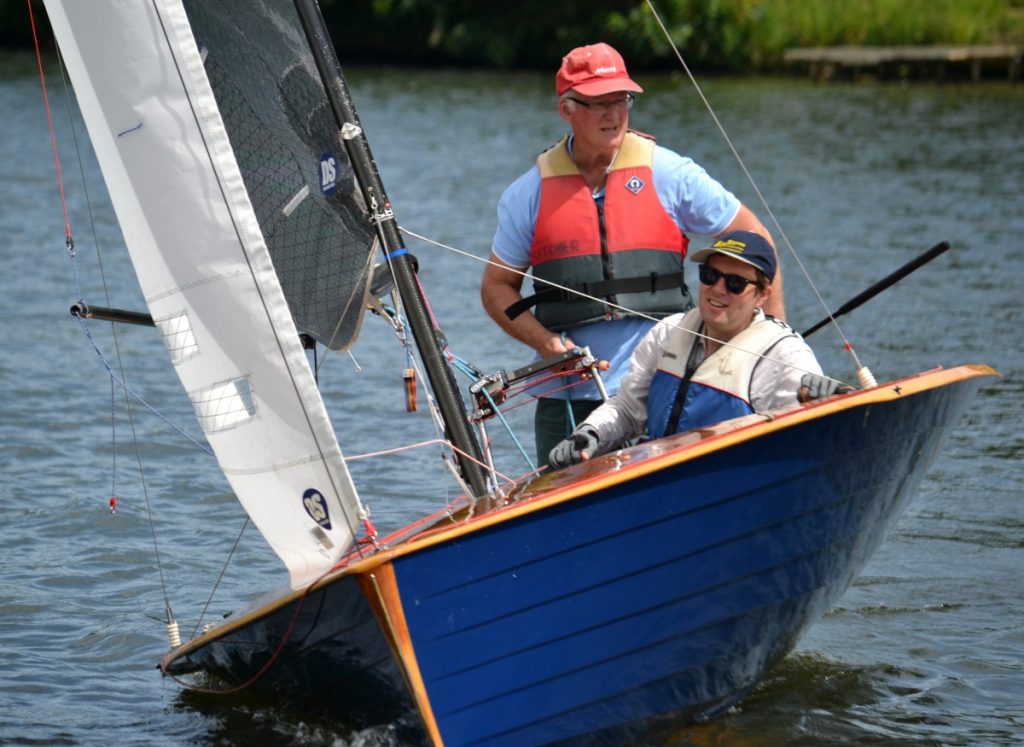 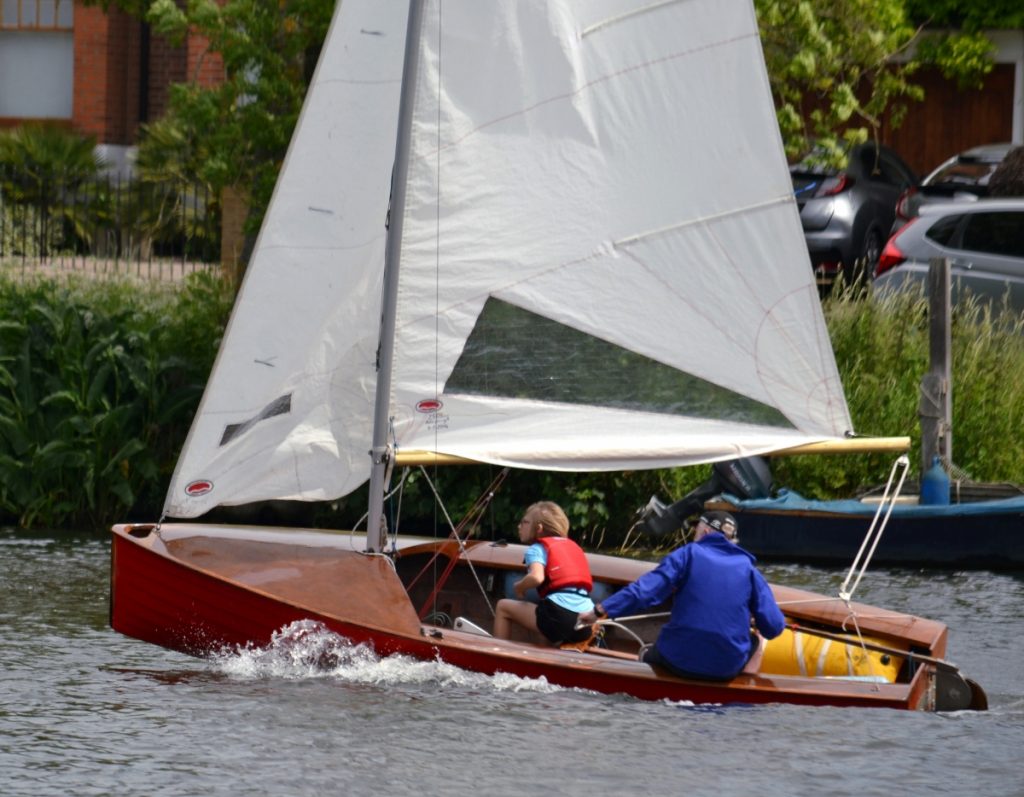 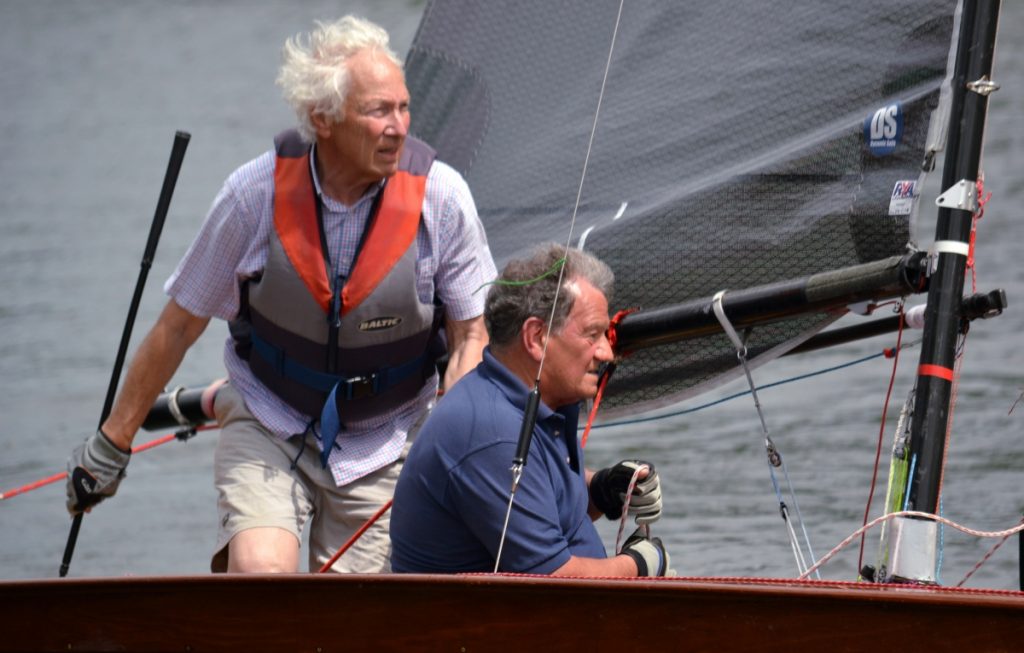 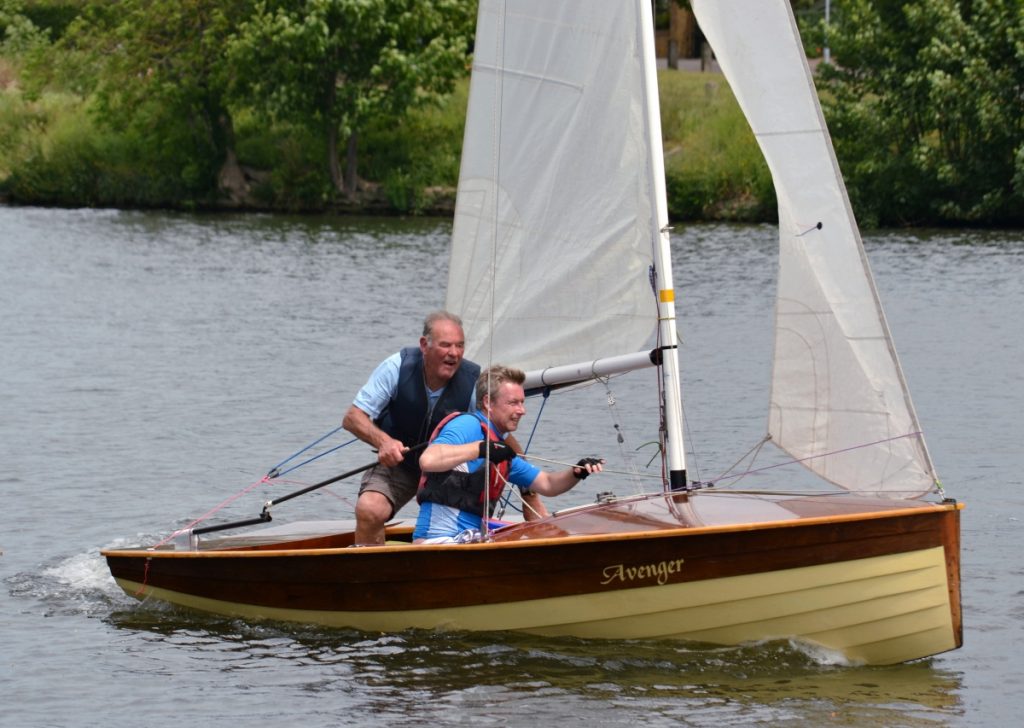 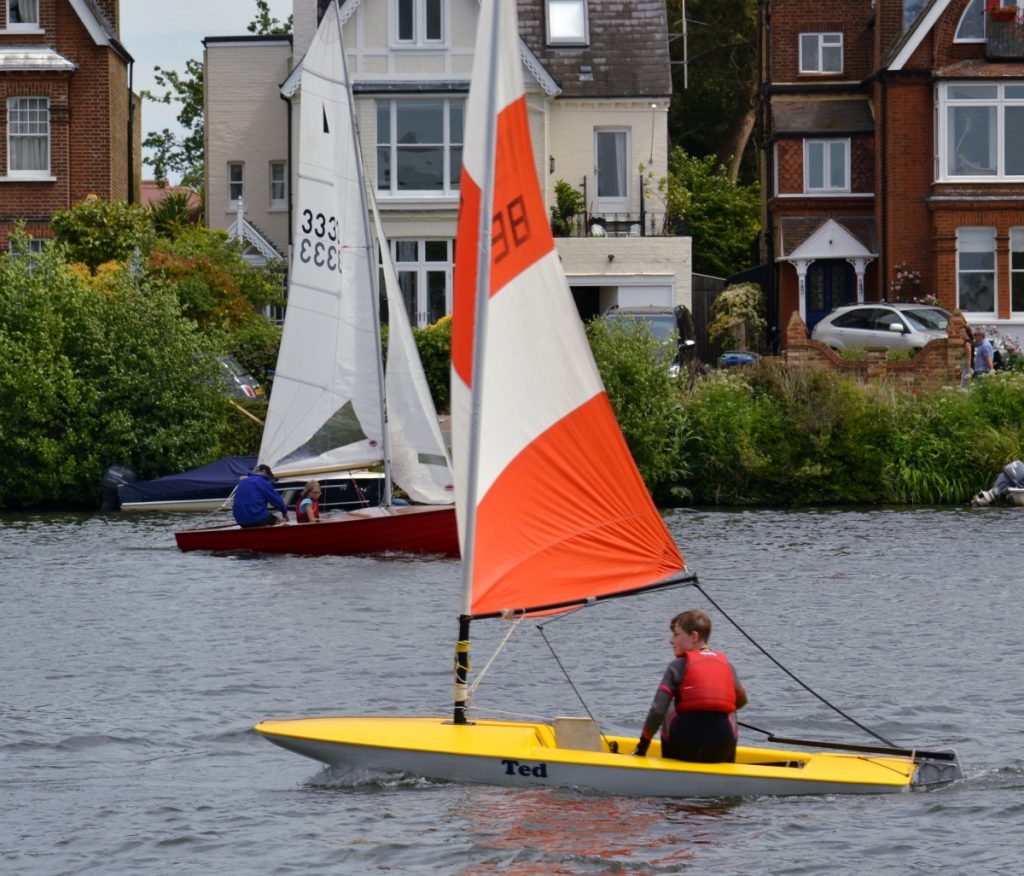 Competitors for the Centenary Cup Pursuit Race were greeted by lots of sunshine and a blustery southwesterly wind.  The course was laid above Stevens Ait which provided a good beat upstream, and a spinnaker run back for those who used them.

Fifteen boats took part.  The first to start – a new member Mark Gardner in his Mallard together with three Toppers – Henry Medcalf, Mattie Key and Edward Buss were eventually caught by the fleet with Richard Harris and David Baker in their merlins passing the Laser sailed by Kaan Yargici.  The National 18′ sailed by Henry Defries was reeling them in, but not fast enough.

It was great to see the Toppers out, and also the very interesting Mallard who did very well. The Toppers were neck and neck until the end.

Thanks to OOD Charlie Morgan and crew for running the race and Sophie and team for feeding us.