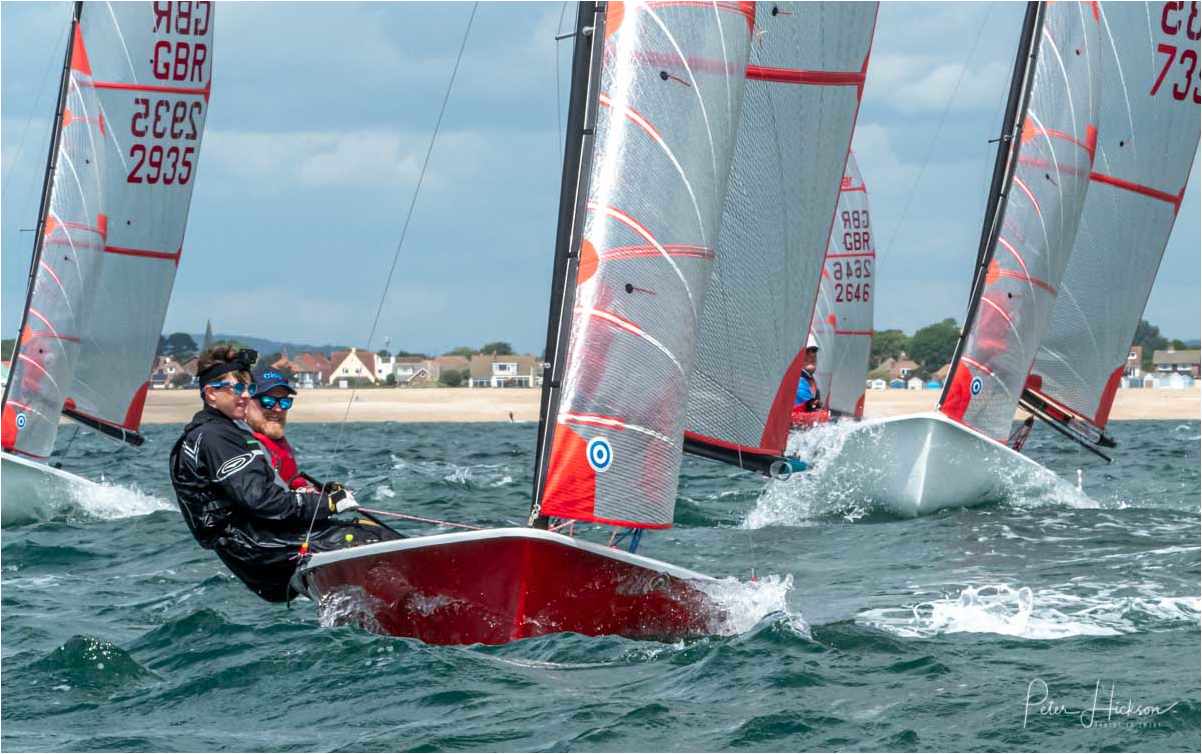 Rob Wilder crewed by Constantin Gerber sailed in some fantastic conditions to take 12th place in the Tasar Nationals which were hosted by Hayling Island SC over the Bank Holiday weekend. Eight races were held over the three days.  Rob and Constantin finished 12th overall out of a fleet of 27 boats with the best result being a 5th.
Rob and Constantin plan to sail in the world championship being held at the end of July at HISC, where around 60 boats are expected from all over the world, Austrailia, Japan, USA, Germany, Netherlands, Ireland.
Report: Rob Wilder
Photos:  Peter Hickson
The following was placed on Facebook by Colin Chapman – Chairman of the National 18′ Association

Super weekend at Hayling Island for the Whitsun  two day regatta with 200 boats on the water. Three N18s competed fiercely finishing 2, 3 and 10th overall on fast handicap. That also included Ace port tacking the fleet in one race start…!