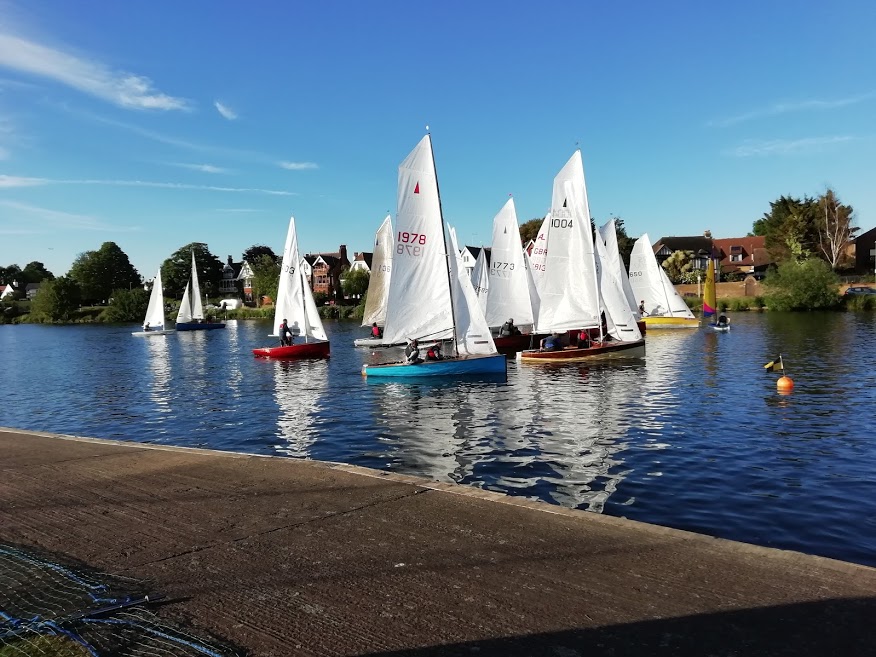 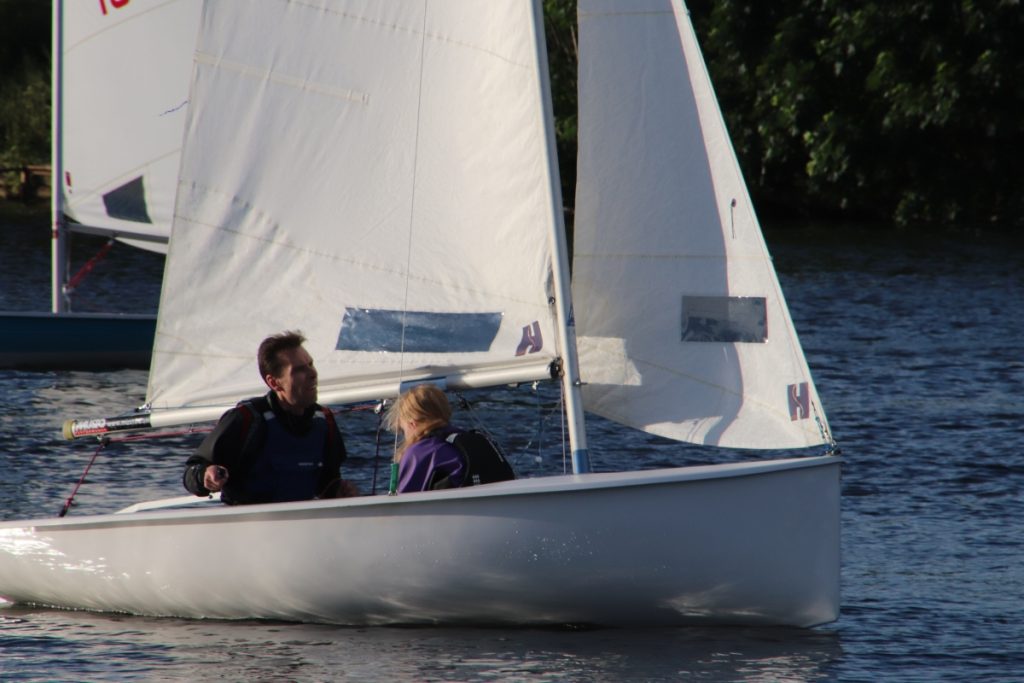 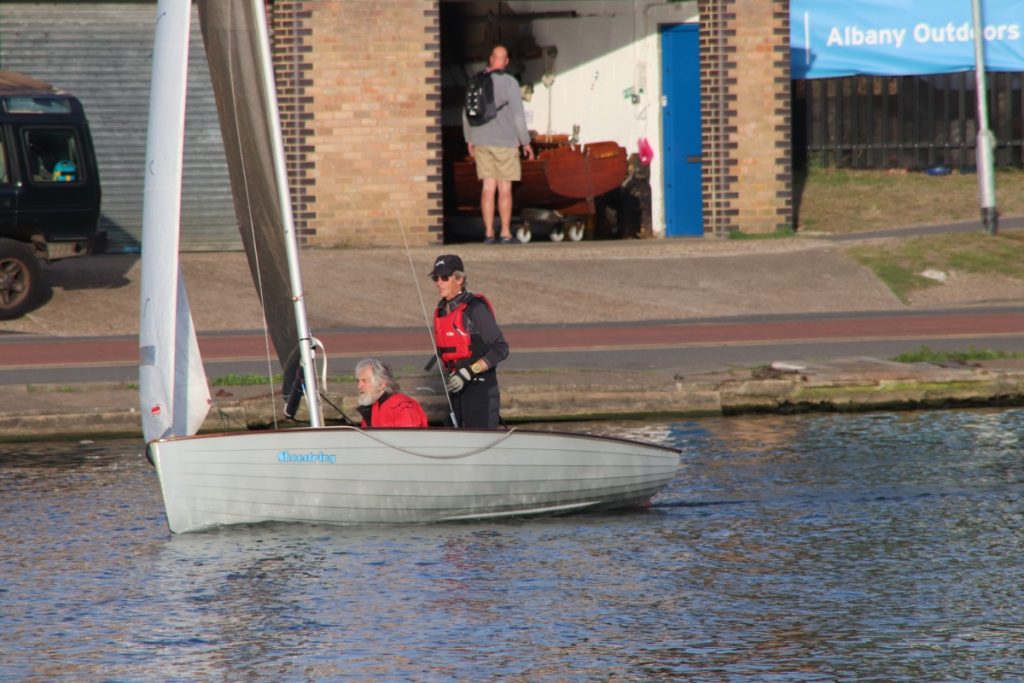 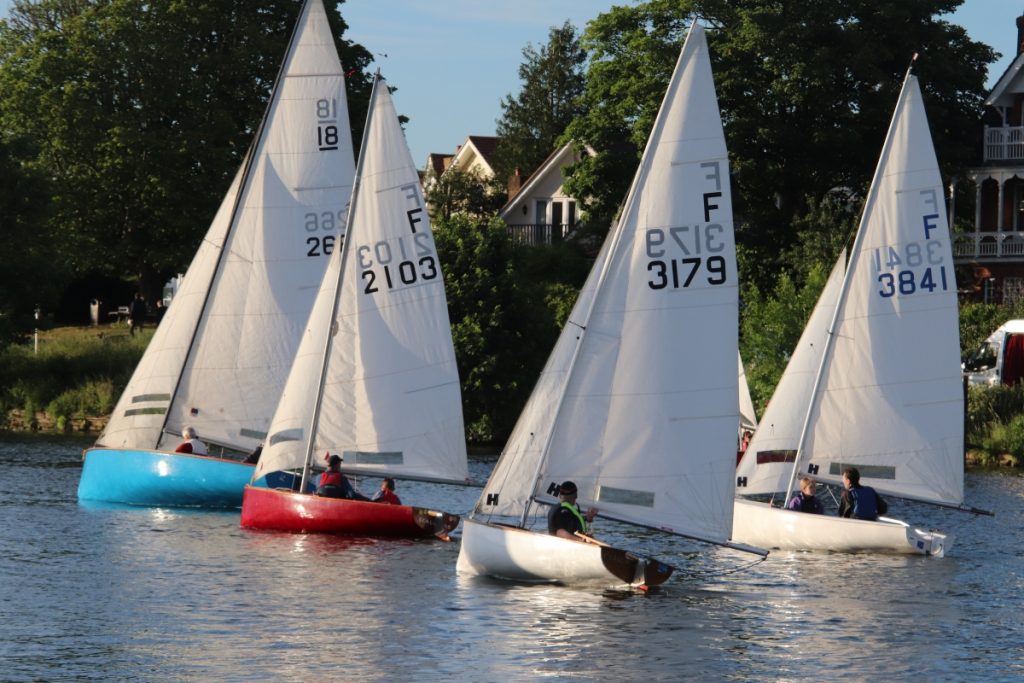 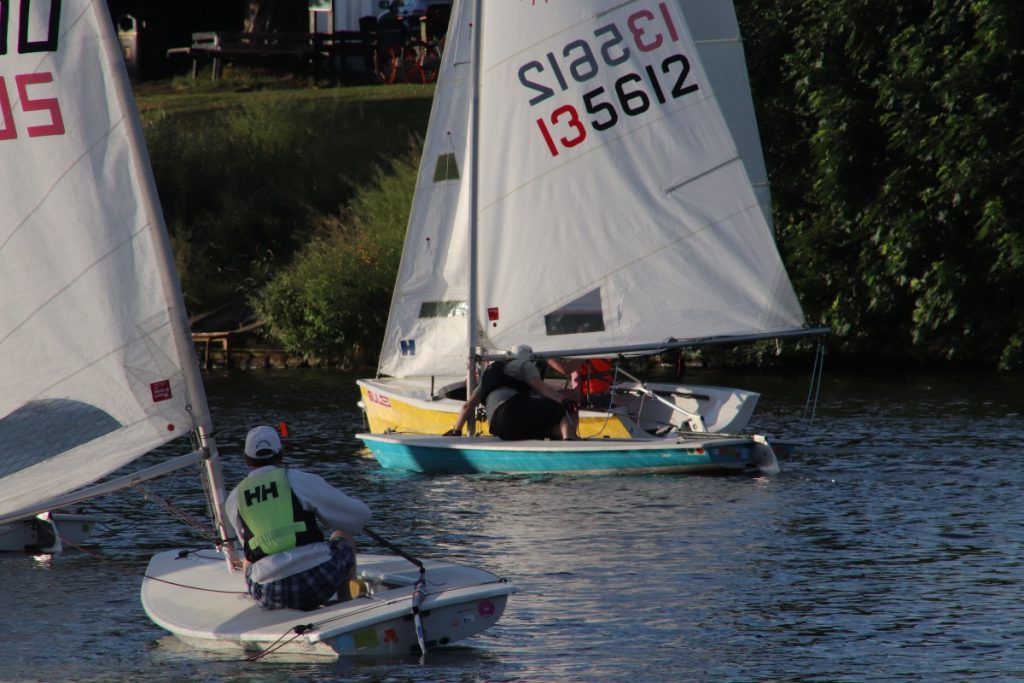 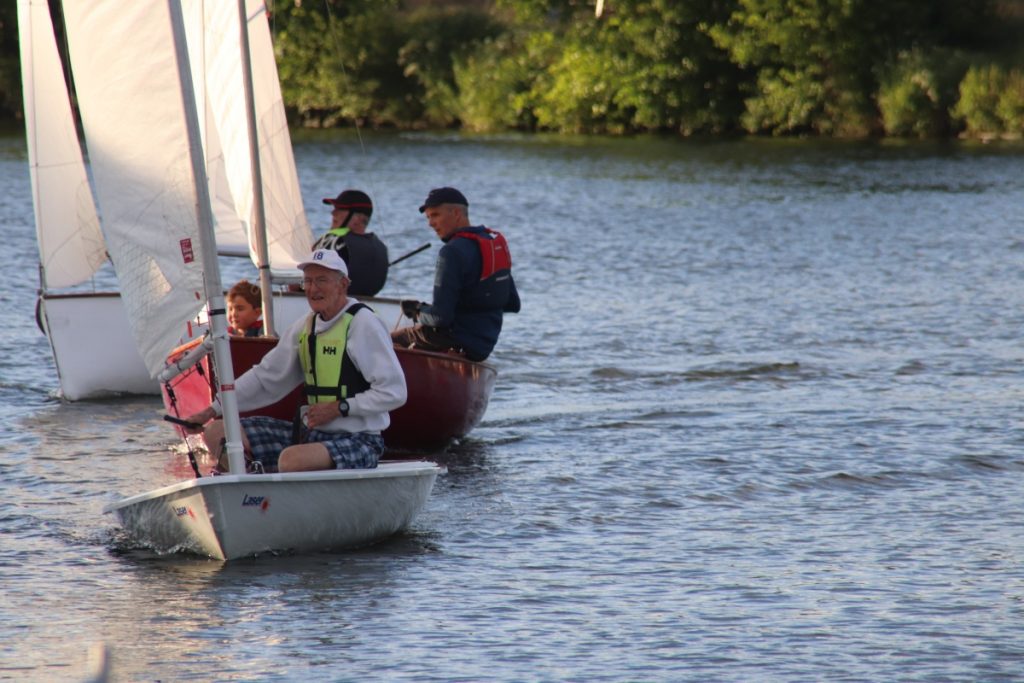 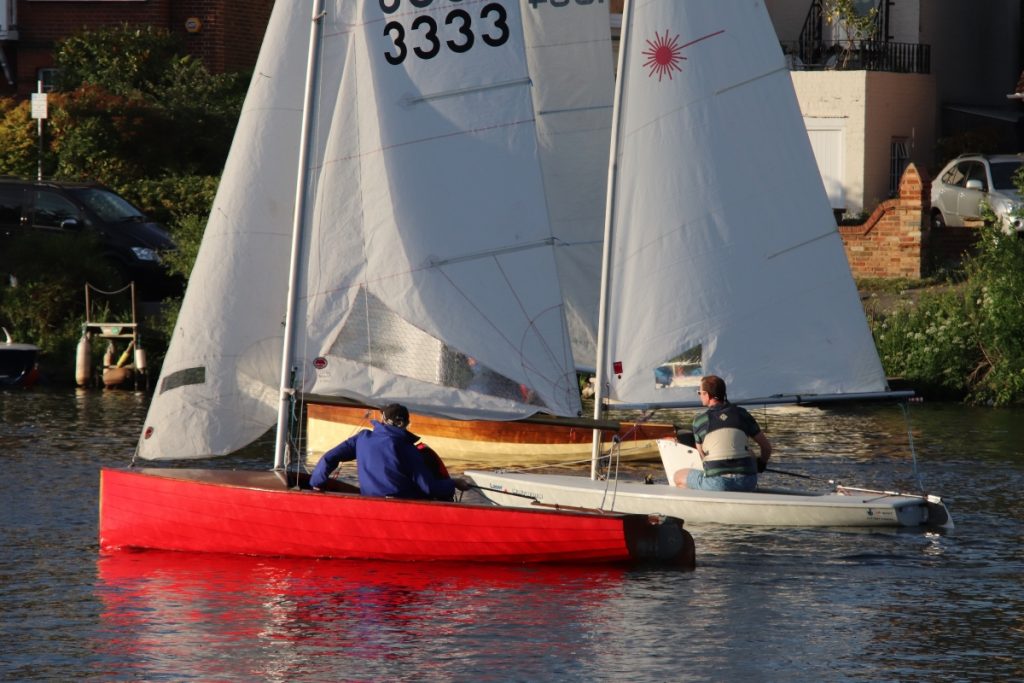 The first of the June Thursday’s probably provided the best weather and turnout of the Saga series so far, with a south westerly which lasted the race, but not much more, and a turnout of 16 boats including 6 different classes. Of these the Merlins were the most numerous with 5 boats and including a first race for the Geoff Bayliss in his beautifully restored Merlin 1773, sailing with his son Tom.

With so many boats the start line was a little crowded, not helped by a substantial header as the gun went causing a few incidents as helmsman tried to find clear wind.  However Ken Duffell and Mattie in Avenger took an early lead, only to be overtaken by the Tanners in the RS400 who stretched out their lead as the race went on and eventually finished far enough ahead of the chasing Merlins to save their time and win on handicap.  The Merlins had a good battle with Charlie Morgan crewed by new member Humphrey Dorrell eventually overtaking Ken and Mattie who managed to keep ahead of the Adams recovering from self-induced chaos on the start line, and with the Bayliss team ever threatening behind them.  Behind them, Graham King sailed a tidy race the take third on handicap and the Fireflies raced in close formation around the course with Jim Hamilton eventually finishing 20 seconds ahead of Tim and Ed Medcalf with the Daltons a further 30 seconds behind.

This last round now means that 8 boats have qualified with Charlie Morgan taking the lead with 5 points, the Adams relegated to second with 9 points, but mathematically capable of catching Charlie if they win all three of the next races, as are the Tanners and Barry Mourant.  In third place is Ken Duffell on 15 followed by David Baker on 18, Stewart Colley on 21, Jim Hamilton on 25, Graham King on 26 and Chris Taggart on 34.  We still have three races to go and plenty of points to play for, or just the opportunity of a very nice way to end a Thursday.

Thanks to the hard work of the catering team, the conversation flowed during supper with talk of what might have been if the right wind shift had been seen,  an a diverse array of subjects totally unrelated to sailing.

So  for a good sail and a convivial evening, see you next Thursday.