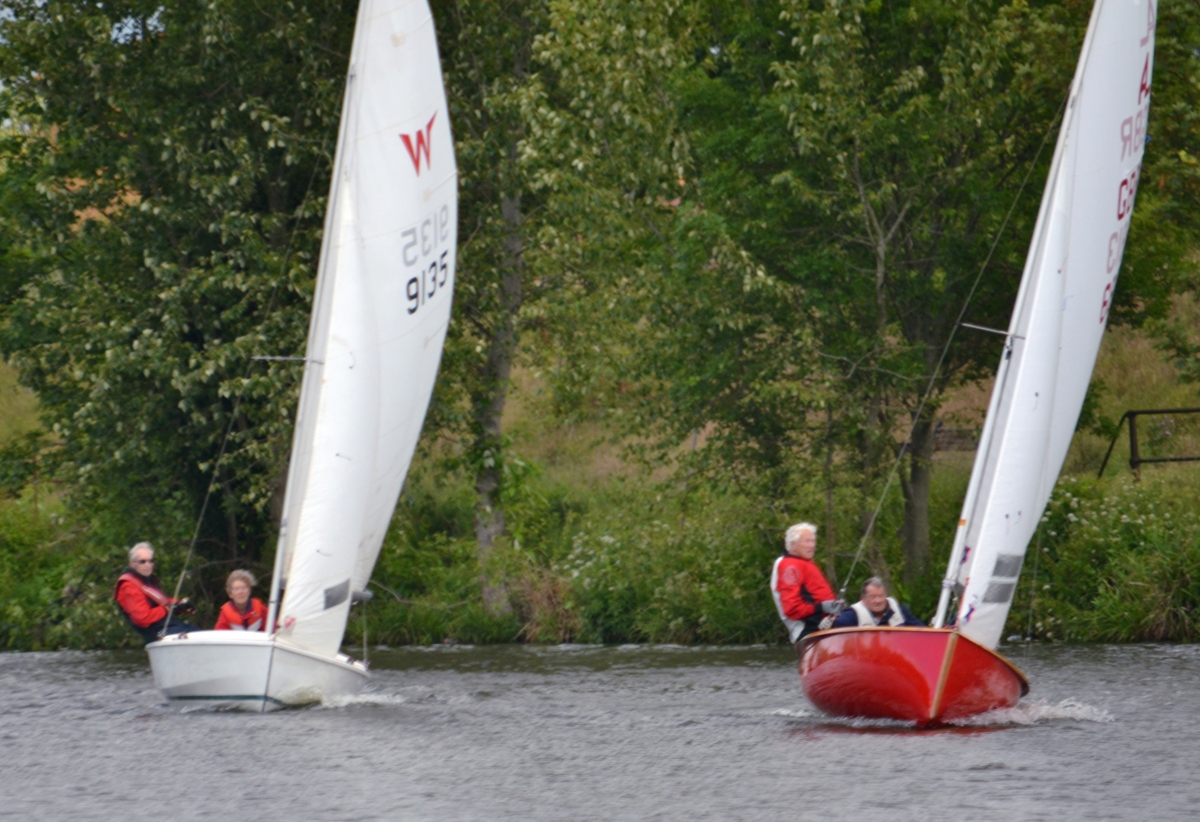 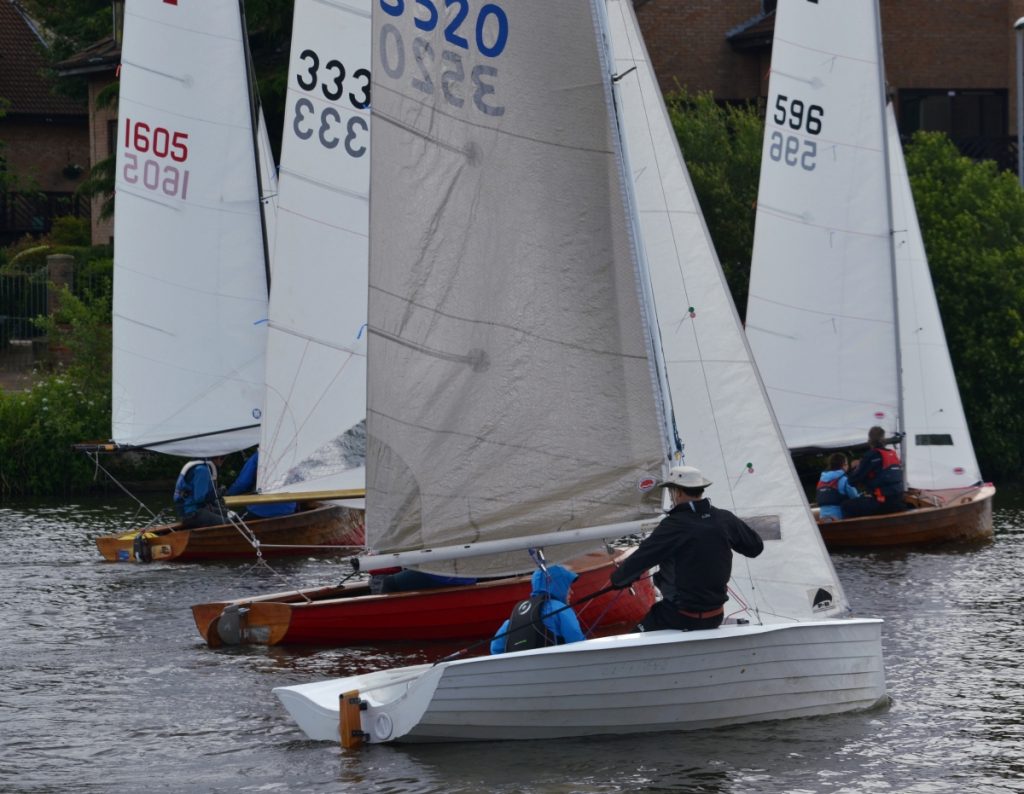 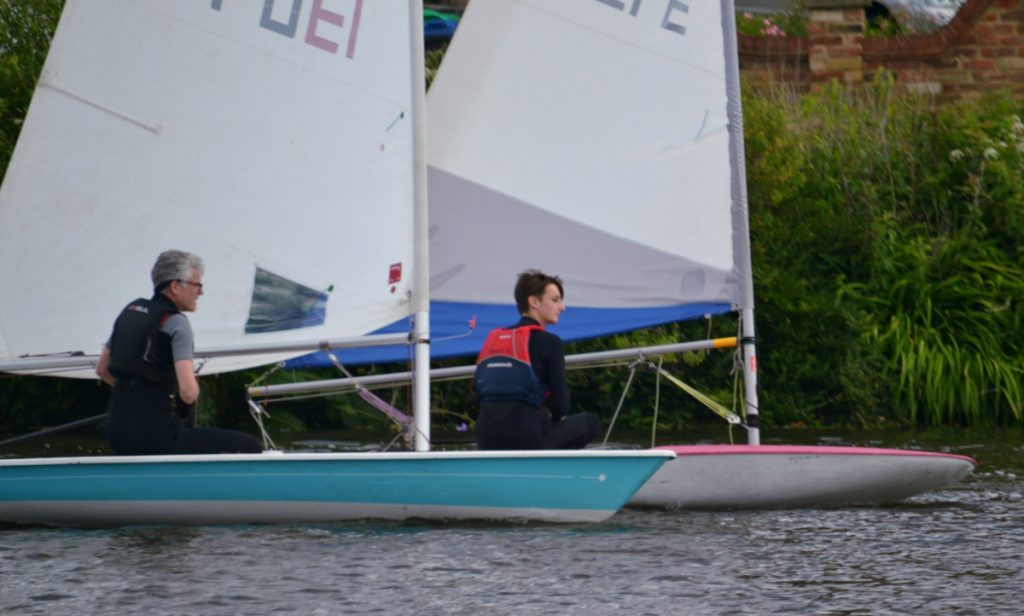 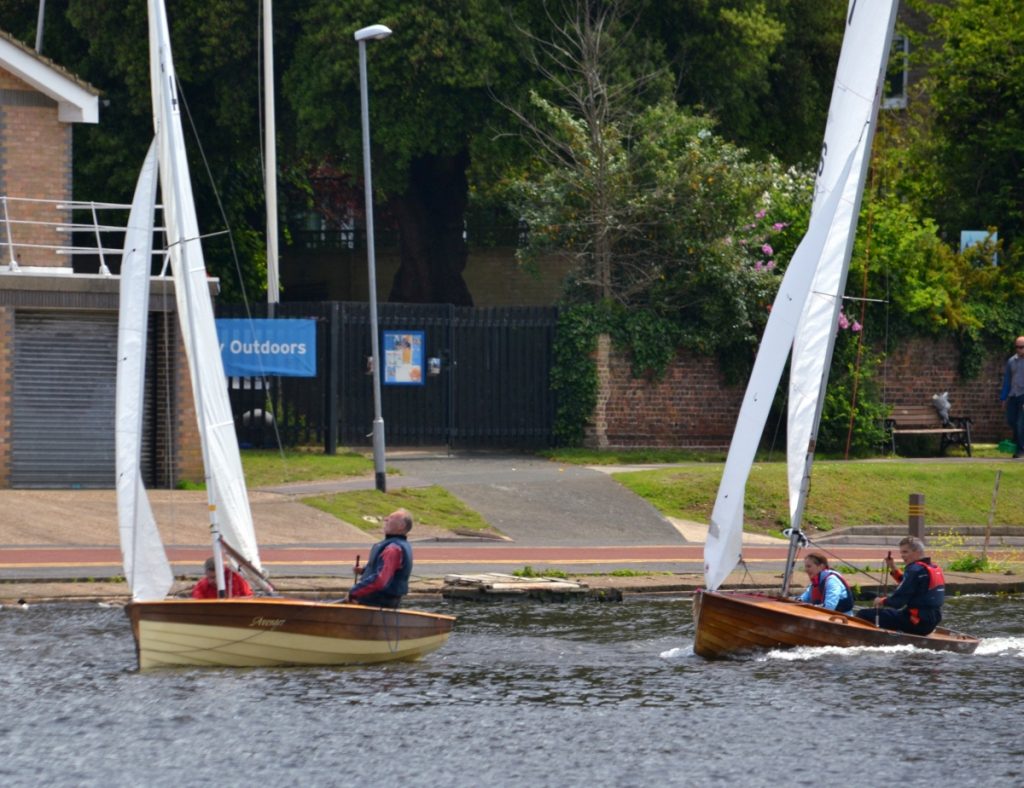 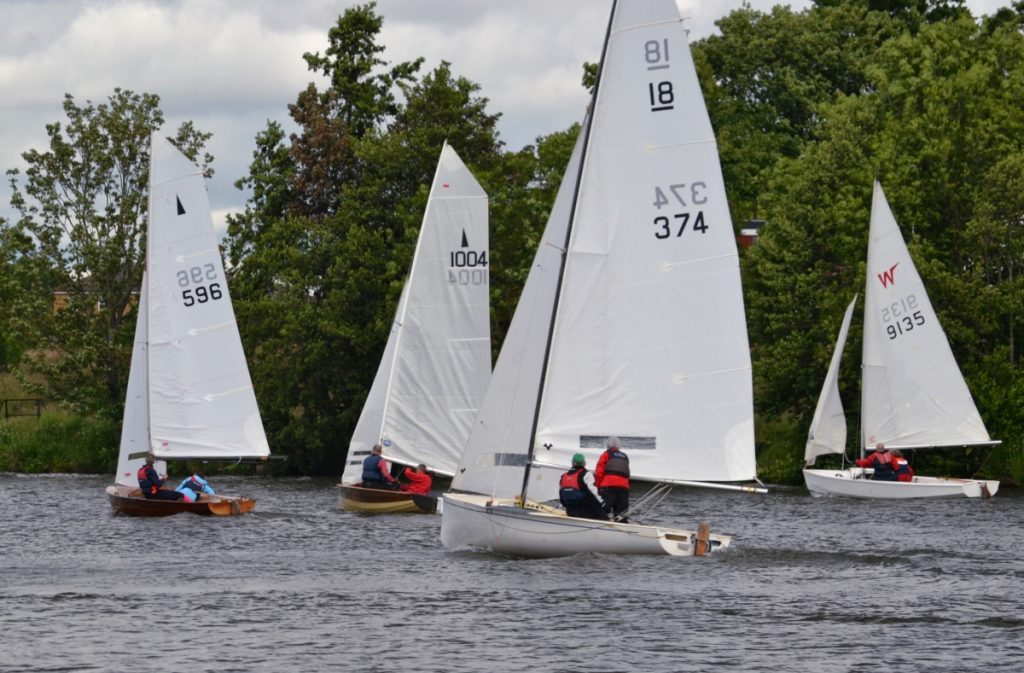 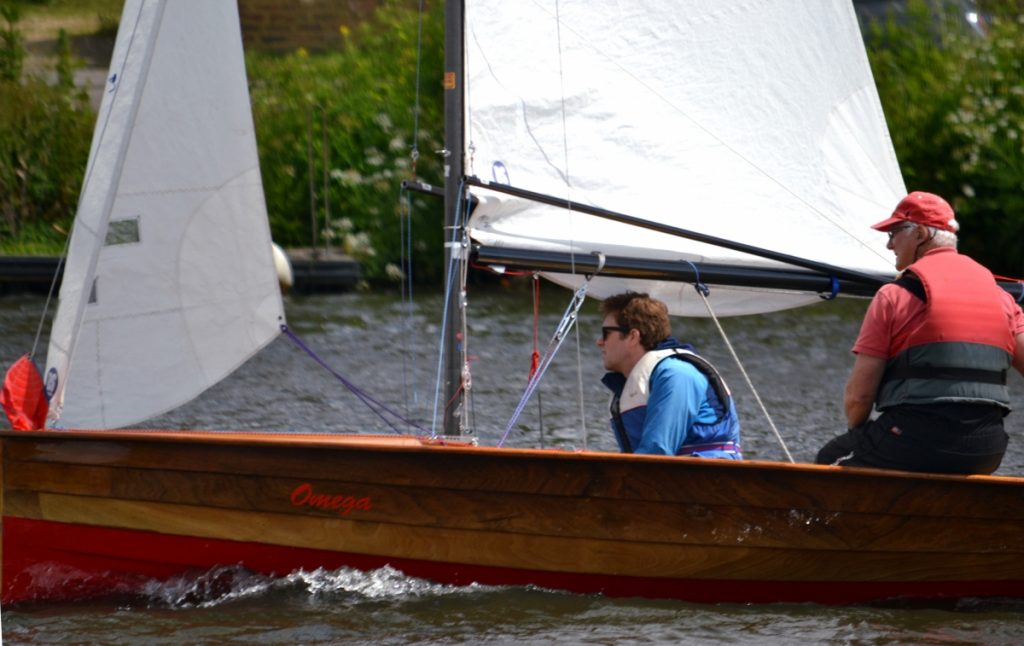 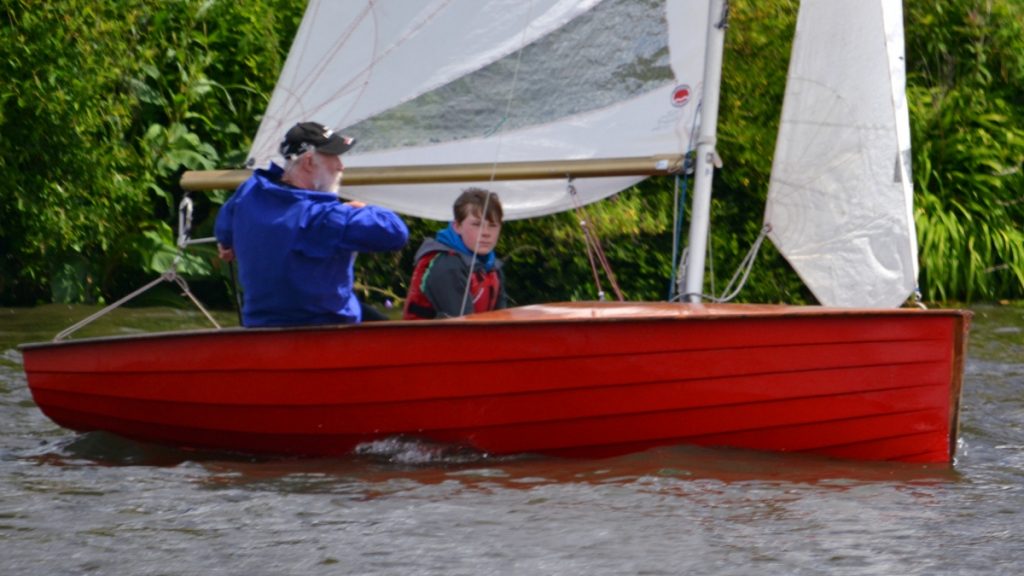 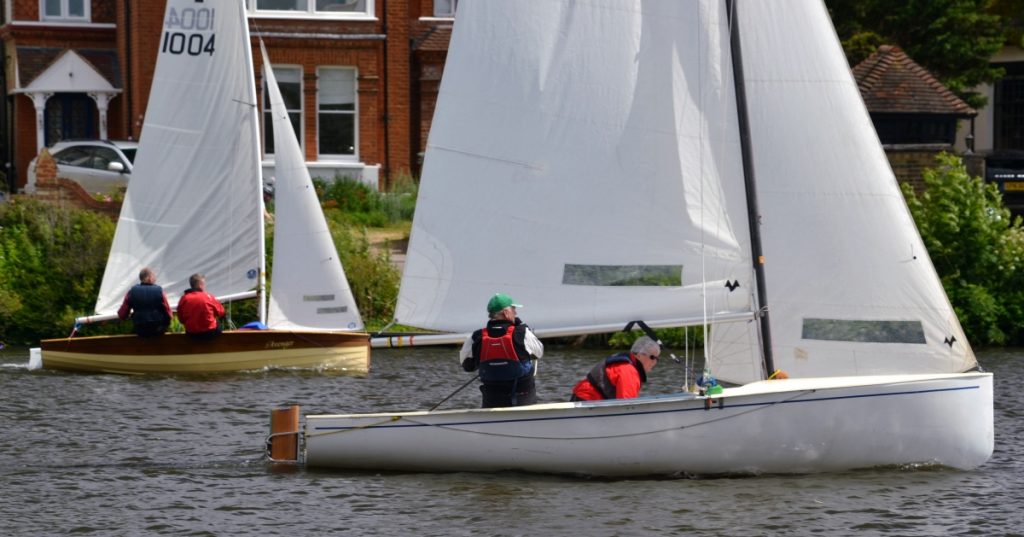 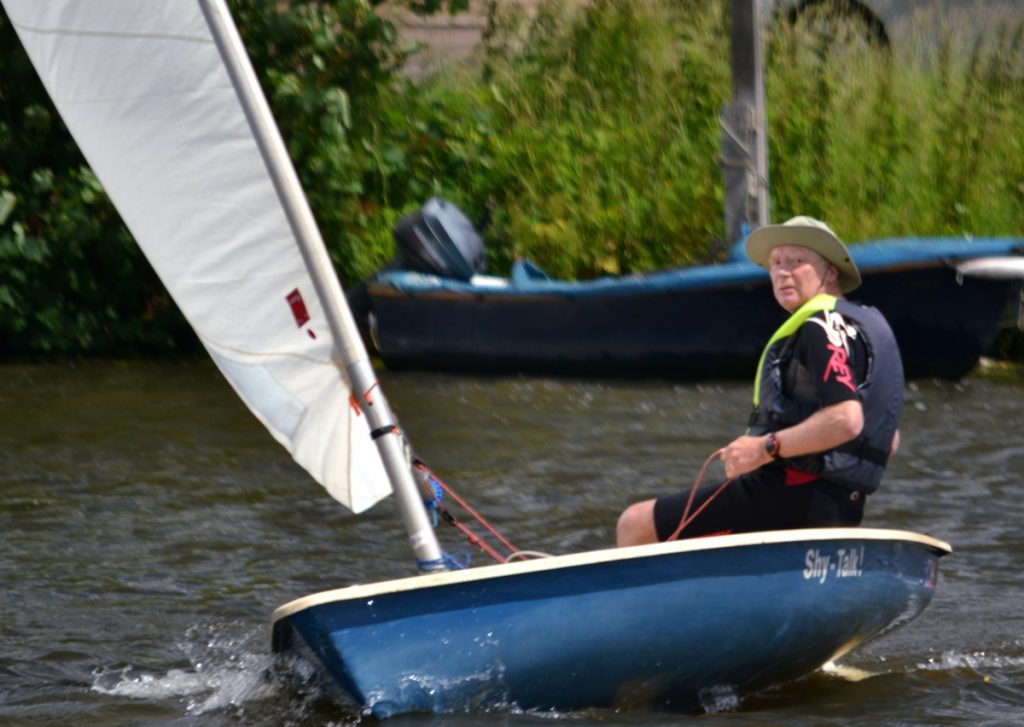 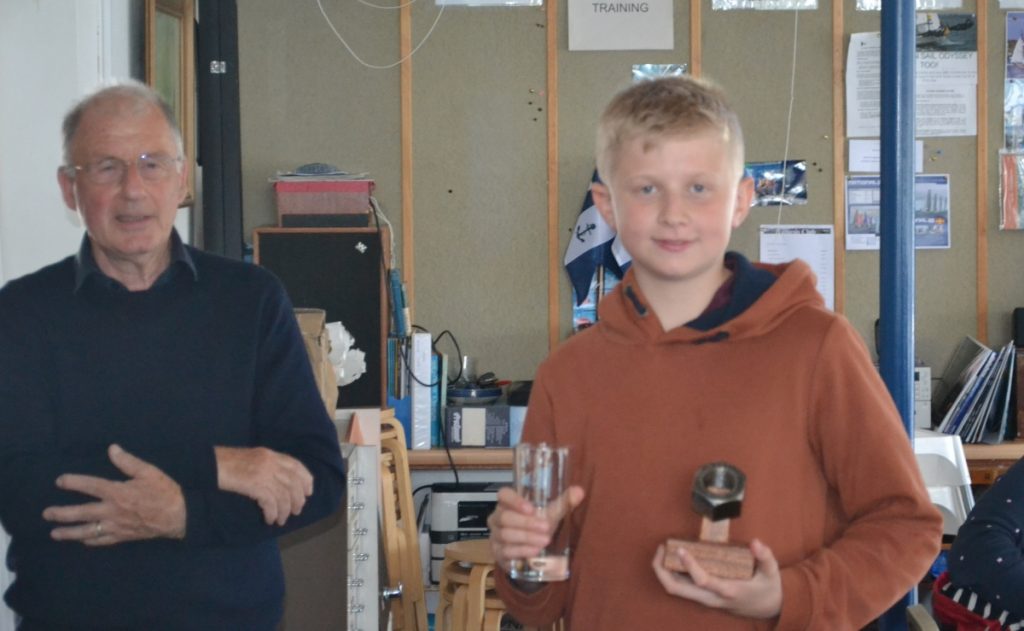 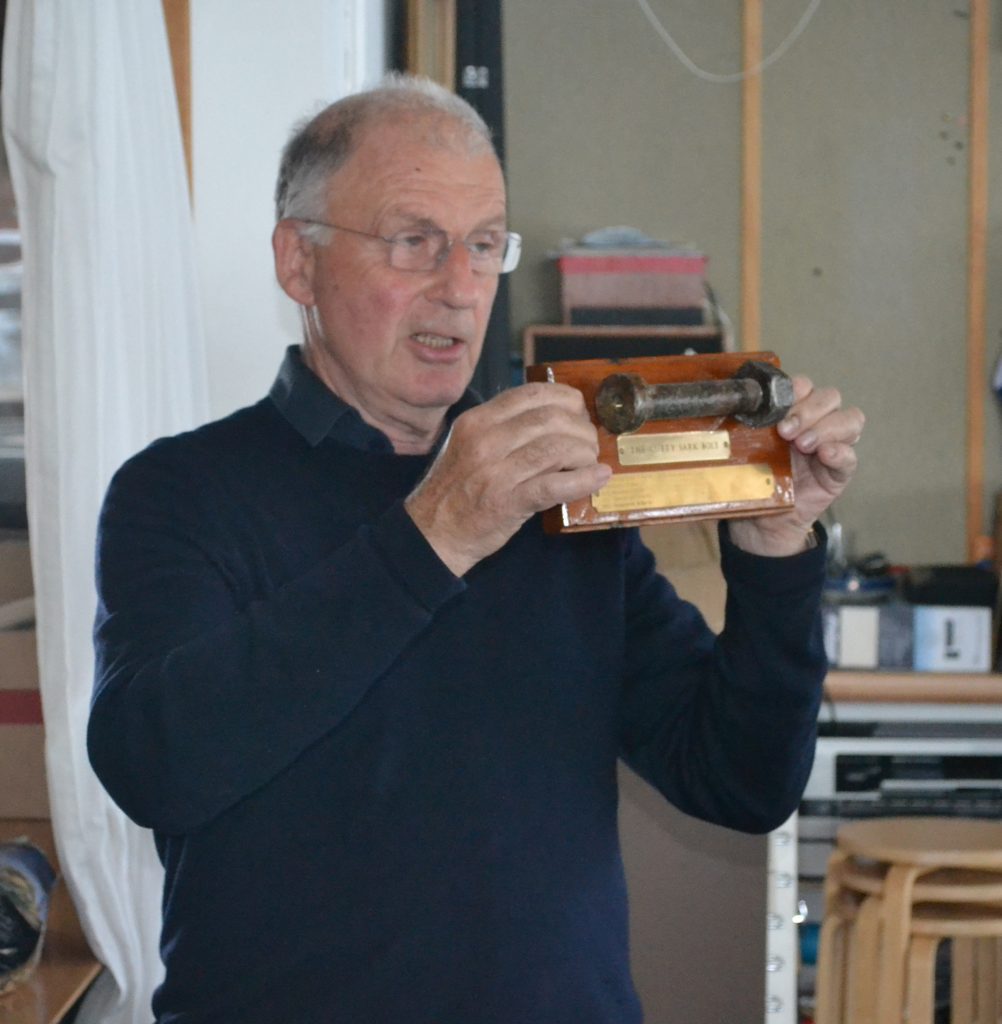 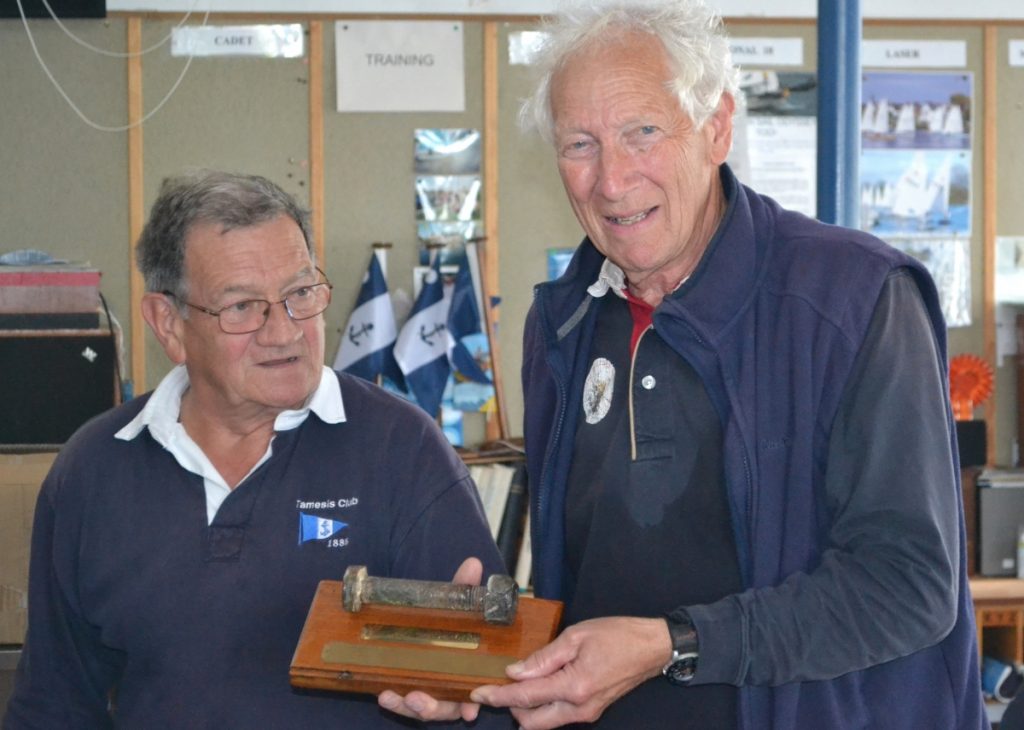 Sunday 16 June saw the running of the Cutty Sark Bolt and Kempton Nut races.  The format for the Cutty Sark Bolt was a long distance pursuit with the juniors competing for the Kempton Nut sailing the same course but for a shorter duration.
Competitors were challenged by an extended course which went ‘above the island’ to Canbury Gardens and then back down towards Lensbury and was accompanied by a wide range of wind conditions that would have been recognised by the sailors on the Cutty Sark.  Alternating between the Roaring Forties and the Doldrums, there was plenty for helms and crews to think about in addition to dodging the usual summer river traffic.
The three Topper-sailing juniors all coped admirably, with Matthew Valentine winning the Kempton Nut, besting Alden Horwitz and Henry Medcalf in a tight race.  It is fantastic to see a good group of younger racers coming through and we look forward to reporting the wider groups’s progress this summer.
In the Cutty Sark Bolt, places were all to play for right up until the last few minutes.  Those resilient salty sea dogs David Baker and Jim Green were calmly assured winners in their Albacore ‘Cobblers’ followed by John Adams crewed by another competitive junior Matthew Key in Merlin Rocket ‘Saltarello’.  Third were Henry Defries crewed by Carolyne Vines in National 18 ‘Zephyr’ who edged out Tim and Venonique Medcalf in their Merlin Rocket ‘Samanda’.
Once back ashore, crews were able to enjoy a delicious plate of Junk – an item on the Cutty Sark’s menu equivalent to a land lubber’s Cottage Pie – and drinks from the bar.
Peter Mason prefaced the prize giving with a short talk about the origins of the Cutty Sark Bolt and the ship’s important contribution to Britain’s naval and trading history.  Fittingly, prize-winners took home a supply of quality tea and entry fees have been donated to the continued upkeep of the Cutty Sark.
David Baker thanked Peter Mason and helpers Carolyn Reeves, Jenny Finlayson, Richard Mason and Ken Thatcher for their excellent organisation.
Report: Tim Medcalf
Photos:  Jonathan Key