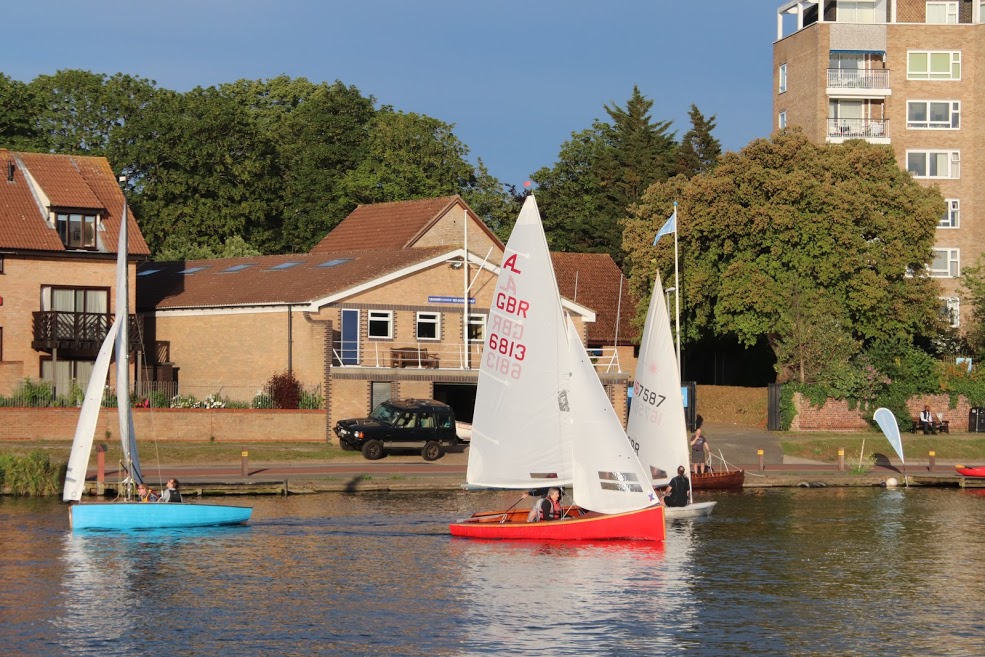 The first race in the GW Smith series was a relatively quiet affair with a wind stated as being north west but as usual varying widely both in strength and direction.

Nevertheless there was good racing throughout the fourteen strong fleet.  Charlie Morgan started the race  as he started the Saga Trophy, in the lead, but was passed by Tim and Ed Medcalf in their Merlin Samanda who finished the race as winners on the water.  Further back in the fleet the racing was intense with places won and lost on the mark roundings as boats bunched together.  In the end Matt Jones made the best job of picking through the fleet and making the most of the wind and was the winner on handicap

So the GW Smith series starts with an interesting race, a good entry  and the usual sociable supper and gathering after the race.

Lets keep up the good work.