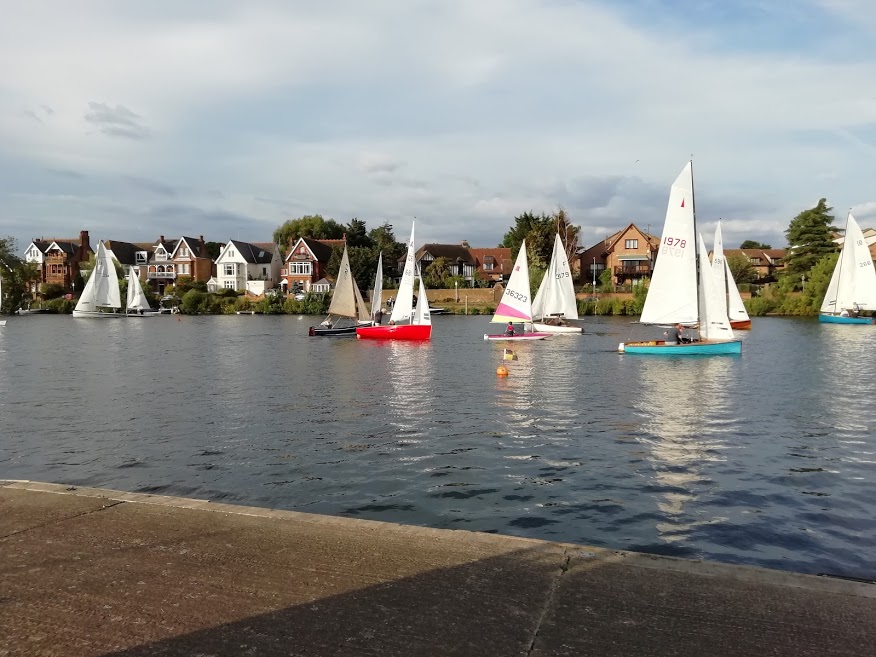 The second race in the Thursday evening GW Smith trophy was run in a light wind and attracted 13 entrants.

As he commonly does, Charlie Morgan crewed by Humphrey Dorrell took up the early running only to give their advantage away by sailing the incorrect course and retiring after the race.

This allowed David baker and Barbara Adams in David’s Albacore, Cobblers, to win on the water and handicap, followed by Tim and Ed Medcalf in their Merlin, Samanda, with Charles Fox in third place followed by Ros Warwick-Haller in her Laser, Dragonfly.  So four different classes in the top four.

Too soon to call the series, but Tim and Ed Medcalf have a couple of seconds so are the early leaders, but there are still plenty of races to go so the fight is still very much on.

Good turnouts so far so look forward to seeing plenty of competitors out on the water this Thursday for the 3rd race in the series.