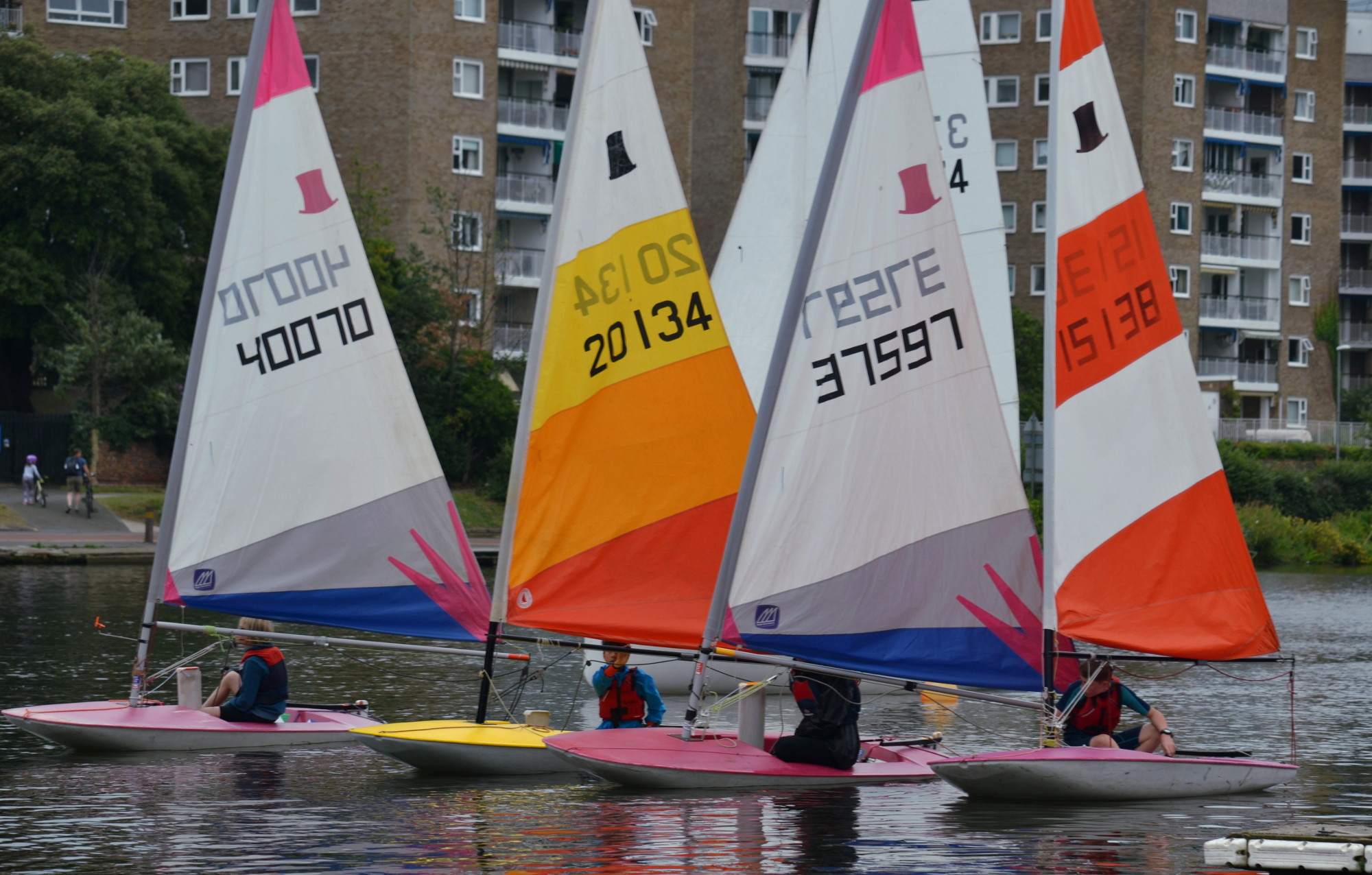 The inaugural Topper Summer Series has completed 10 of the scheduled 11 races, one race being lost due to a canoe event on our stretch of the river.  We have had six helms take part and it is enormously encouraging to see an average of four boats take to the start line for the last four races.

The racing has been competitive and tight between the helms and it is evident that the race practice, coupled with coaching on Saturday afternoons is starting to pay off with some much improved skills and awareness of race-craft on display.

The results for the Series have been collated and, at the midway point it is all to play for!  Almost every helm has had at least one win which shows that anyone could still carry off the silverware at the prize giving dinner.  While Matty Key and Alexander Hoo have completed most races, there are still plenty left to enable all of the helms to get enough scores on the board to qualify for the series.

The Topper fleet Summer Series comprises 20 races in total, with the last being run on 22 September. If more helms would like to join the series then they would be most welcome, there are still plenty of races left and club boats are available to be borrowed!

The Toppers can also race in a number of other club events including the GW Smith Trophy which takes place every Thursday evening until the end of August, the Bank Holiday pursuit race on Monday 26 August, the club’s Annual Regatta on 14 and 15 September, and the Junior Regatta on 21 September.

There is lots of racing scheduled for the next couple of months and we hope that the Topper fleet will maintain their welcome presence on the water.