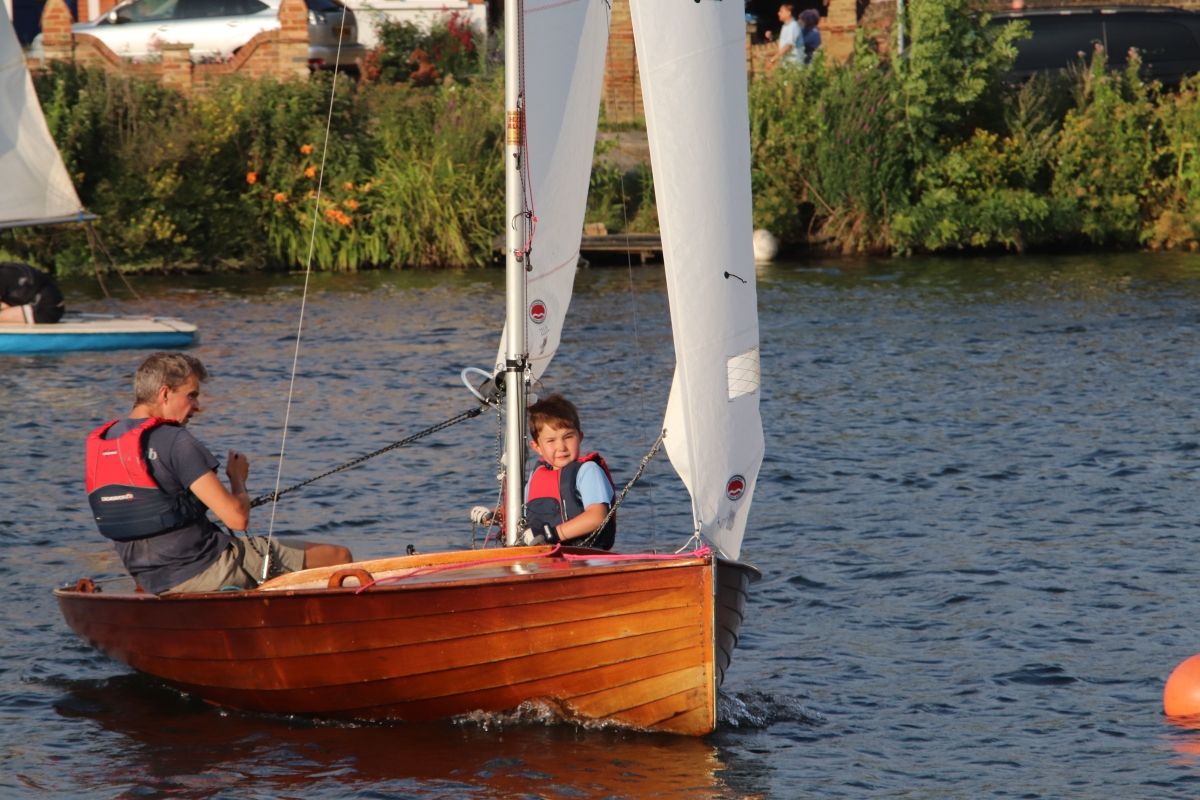 The Third race in this year’s GW Smith Trophy was run in a light (no change there!) west north westerly giving decent wind in the middle of the sausage course and fun and games at Canbury and Lensbury marks with lighter and flukier wind.

Ten boats came to the start line with Tim and Ed Medcalf making an excellent start and then disappearing into the distance, lapping all but the second Merlin of Charlie Morgan and Carolyne Vines to win the race on water and handicap.  Charlie Morgan and Carolyne Vines chased Tim, finishing just over a minute behind him with John and Zoe Adams finishing third on the water but fourth on handicap behind John Redding in his Laser.

It was good to see two juniors racing, Henry Medcalf and Alden Horowitz, in their Toppers, adding to the range of six different classes in the fleet of ten.